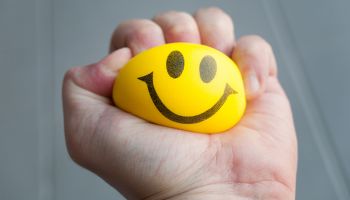 Banks apply regulatory stress tests to their balance sheets to ensure they can withstand potential adverse market scenarios. But beyond satisfying regulators, banks could better leverage the results to their overall business advantage.

According to a new report by the Global Association of Risk Professionals and SAS, the industry is progressing toward maturity in meeting increasing regulatory requirements. But gaps in areas such as technology and reporting limit further benefit. Those surveyed were risk professionals representing commercial, retail and investment banks, asset managers, and other financial institutions.

Given the effort and cost involved in stress testing, financial institutions want to use the results to formulate overall business strategy. While more can be done, the survey shows companies are beginning to make changes in many aspects of their businesses based on stress testing results. For example, 77% made some changes in their liquidity strategy, and an equal segment increased resources for risk control. Almost as many altered their risk appetite and risk limits. Stress test results are also affecting less obvious parts of the business, including 63% of respondents who cited changes in operational strategy and 59% who modified their competitive strategy.

Technology not up to speed

The report connects certain characteristics—close alignment with supervisory risk models, for example, and a willingness to act constructively based on results—with effective and mature operations. Even among institutions that meet that description, however, there was widespread agreement that technology is not up to speed. Respondents rated their technology significantly below their organizations’ people or expertise. And eight of ten called for more coordinated internal reporting related to stress testing.

“Financial institutions are dedicating significant resources to stress testing, and they’re seeing results in terms of responding to evolving requirements and generating useful results,” says Tom Kimner, head of Global Operations for Risk Management at SAS. “But there is still work to do in streamlining technology and eliminating organizational silos that challenge seamless reporting.”

Respondents were almost evenly split between risk practitioners actively engaged in stress testing programs (53%) and senior executives managing these programs (47%). Those two groups differed in perceptions of their organization’s proficiency in stress testing. Among practitioners, for example, 62% rated their data management adequate or strong, versus only 49% of the managers. And while 63% of practitioners deemed scenario management adequate or strong, only 52% of managers agreed.

“We often hear from people in the trenches that management is wearing rose-colored glasses,” says Kimner. “But the survey results show the opposite—risk practitioners were often more positive than management.”

Another interesting finding was the variation among institutions in the time it takes to complete stress tests. While 22% took less than a week, nearly half took one to four weeks, and 25% needed up to eight weeks. When it comes to modeling, nearly half require more than six hours to execute a set of stress testing models. Just 10% said they can do it in less than an hour.

“Like so much of the post-crisis regulatory legacy, stress testing is complicated. It’s operationally demanding and will remain a work in progress for some time,” says Jeffrey Kutler, editor-in-chief at GARP. “This survey provides a snapshot of where the banks stand in 2015 and where they need to go.”