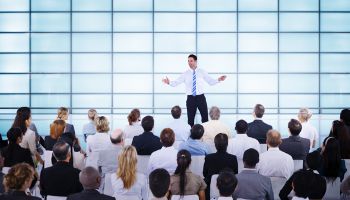 For years, bankers have seen a creeping, sometimes leaping, growth of the expectations of bank boards.

Deeper and deeper involvement has been implied, or explicitly demanded, by new rules and regulations. Presentations about compliance issues frequently include mention of issues bank directors have to be aware of or informed about. Overall, bankers have seen this trend as blurring the lines between the role of boards and the role of management.

The Bank Director Regulatory Burden Report, published in 2014 by the American Association of Bank Directors, lists more than 800 provisions in law, regulation, or federal banking regulatory guidance that impose obligations on bank directors or their boards and board committees, with more added since.

“Some bank boards are receiving board reports for their monthly or quarterly meetings with 1,000 or more pages, plus voluminous reports for board committee meetings,” the group states.

In early August the Federal Reserve released “Proposed Guidance On Supervisory Expectation for Boards Of Directors.” Some, including Senator Elizabeth Warren, have seen the proposal as an inappropriate easing of demands on boards. [See Jeff Gerrish’s blog, “Examining Fed’s proposed guidance for bank boards”]

In a recent repetition of Warren’s ongoing attacks on the Wells Fargo board, the Massachusetts’ senator added this, in an August 16 letter to Fed Chairman Janet Yellen: “Do you believe that the Federal Reserve’s August 3rd proposed guidance on the responsibilities of bank directors will make it more likely that the Wells Fargo Board—and other big-bank boards of directors—will root out and stop misconduct at their banks?”

(Only days later, on Aug. 31, Wells Fargo disclosed that a review of account openings that was expanded from an earlier review’s four and a half year period to an eight-year lookback found 3.5 million “potentially unauthorized consumer and small business accounts”—up from 2.1 million identified in the earlier review of the shorter period. Earlier in August Wells announced that board member and vice-chairman Elizabeth Duke, a former Fed governor, community banker, and chairman of the American Bankers Association, would become board chairman in January 2018.)

In the preamble to the proposal, the Fed stated that the document would establish principles regarding effective boards of director focused on the performance of a board’s core responsibilities and better distinguish between the roles and responsibilities of an institution’s board of directors and those of senior management.

In an Aug. 30 speech at a large-bank directors conference, Federal Reserve Board Governor Jerome Powell rebutted critics who say the board’s recent proposal would reduce supervisory responsibilities for members of large bank boards. (Certain parts of the proposal cover only boards of institutions over $50 billion that are under Fed supervision, while others include any bank holding company or bank board under the Fed’s supervision.)

After tracing the growth of post-crisis bank regulation, Powell spoke about the impact on large firms.

“Today, the role of a director of a large banking firm is more expansive, more challenging, and more important than ever,” Powell said. “Boards now oversee management’s participation in highly challenging annual exercises, such as stress testing, capital planning, and resolution planning, that have fundamentally changed the business of our largest institutions. Boards now more carefully evaluate the compensation practices of these large institutions to assure that they reinforce positive incentives and discourage unwanted risk taking. Across a range of responsibilities, we simply expect more of boards of directors than ever before. There is no reason to expect that to change.” [Emphasis added.]

Powell added: “We do take seriously our obligation to assess whether our reforms are achieving their desired effects, without imposing unnecessary burden.” He said the Fed began this assessment in 2014 and that the guidance was the culmination of that effort.

Powell said that in the course of the review the Fed identified ways to make reforms in how boards govern more effective and efficient.

“For example, while directors generally say that they understand and embrace their more challenging responsibilities,” he said, “we consistently hear that directors feel buried in hundreds or even thousands of pages of highly granular information, to the point where more important strategic issues are crowded out of board deliberations.”

Powell said that this volume “may have fostered a ‘check-the-box’ approach by boards.” Clearly, the Fed doesn’t want perfunctory behavior.

Powell said the guidance, which would replace numerous standing documents, would move the Fed to a “principles-based approach.”

“We do not intend that these reforms will lower the bar for boards or lighten the loads of directors,” said Powell. “The new approach distinguishes the board from senior management so that we can spotlight our expectations of effective boards.”

It’s a matter of focus, as outlined by Powell.

“The intent,” he said, “is to enable directors to spend less board time on routine matters and more on core board responsibilities: overseeing management as they devise a clear and coherent direction for the firm, holding management accountable for the execution of that strategy, and ensuring the independence and stature of risk management and internal audit functions.”

Powell said these fundamentals were all lacking in the run-up to the crisis. “It is essential that boards get those fundamentals right,” he said, but added that the proposal is designed to be flexible in recognition of differing business models, structures, and practices.

What the board would see, and what it wouldn’t

Powell acknowledged a controversial aspect of the proposed guidance that prompted such comments as the excerpt reproduced above from Senator Warren’s letter.

This concerns a proposed change in what boards would see after exams. Powell noted that relatively recently all “matters requiring attention” (MRAs) and “matters requiring immediate attention” (MIRAs) have been referred to both the board and management. Boards have been required to review and sign off on management’s compliance with every MRA and MIRA.

Large organizations may be subject to a hundred or more such notices, Powell said. He explained that the Fed has felt for some time that this volume, including both critical and noncritical matters, distracted boards from strategic and risk-related analysis and oversight.

A related matter is the Fed’s August proposal to switch to a proposed new “Large Financial Institution Rating System.” This is intended to better synch with the Fed’s revised examination program for large institutions.

“While the Fed previously considered board expectations generally in their annual evaluations, the proposed board expectation guidance indicates that the Fed will consider board governance more prominently in determining a bank’s rating,” says an analysis by PwC Financial Services Regulatory Practice.

PwC’s analysis also notes that the proposed guidance puts more stress on positions below the CEO’s: “The proposed board expectations guidance defines senior management more broadly, expanding the scope of succession planning and performance and compensation evaluation activities from just the Chief Executive Officer to also include the Chief Risk Officer, Chief Audit Executive, Chief Financial Officer, and other members of senior management as appropriate.”