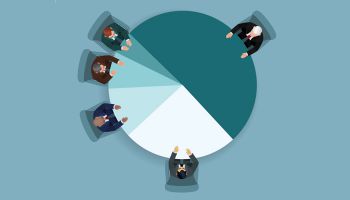 What Jeff Bezos encourages at internal Amazon meetings might just blow your mind.

I would love to attend a business meeting that Amazon’s Jeff Bezos was running. For reasons you’ll learn, it would be a unique experience.

I have attended thousands of meetings during my career, from bank board meetings I sat in on to government relations summits of trade associations to staff meetings on my own publications. Congressional and regulatory hearings too.

I’ve seen the results of meetings, good and bad, and heard the frustrations of others about the meeting process, which is often a waste of time. Up until today, the best advice on meetings I’ve ever heard came out of a Dale Carnegie course pamphlet that I received 40 years ago. That point was that meetings could be made shorter and more effective if you removed all the chairs from the room first. (I tried it once. It really works—if all you want to do is have a short meeting, that is.)

What changed today? I read Jeff Bezos’ annual shareholder letter for 2017. I had picked it up hoping to spot a clue or two about Amazon’s plans concerning banking, much in the news a few weeks ago. Not a clue. The letter says much about recent innovations and others waiting in the wings, but honestly this is the kind of thing you expect out of Amazon today.

What I was not looking for was advice on how to hold a better meeting. Nor was I ready for the low-tech insights that this big tech company’s chief believes in.

Game is about where you aim

Bezos had spent a good deal of the opening of his not-short letter talking about successes and failures—“billions of dollars worth of failures” actually—and keeping customers happy. A key section (throughout, I break Bezos’ long paragraphs into shorter ones for digestibility):

“One thing I love about customers is that they are divinely discontent. Their expectations are never static—they go up. It’s human nature. We didn’t ascend from our hunter-gatherer days by being satisfied. People have a voracious appetite for a better way, and yesterday’s ‘wow’ quickly becomes today’s ‘ordinary’.

“I see that cycle of improvement happening at a faster rate than ever before. It may be because customers have such easy access to more information than ever before—in only a few seconds and with a couple taps on their phones, customers can read reviews, compare prices from multiple retailers, see whether something’s in stock, find out how fast it will ship or be available for pick-up, and more.

“These examples are from retail, but I sense that the same customer empowerment phenomenon is happening broadly across everything we do at Amazon and most other industries as well. You cannot rest on your laurels in this world. Customers won’t have it.”

This led Bezos into a discussion of how to meet such expectations. He said a big part of doing so is having high standards. This led to talk about how to set that tone, and whether the ability to deliver it is something people are born with or if it can be taught. (He leans to the latter, saying that high standards are contagious.)

But then Bezos turned the discussion on its head—literally.

I’ve been in countless meetings where people have simply not been prepared. They hadn’t read the materials, hadn’t thought the matter over, or they came with pre-conceived ideas that rendered the meeting moot. (In fairness, I’ve done all that too.)

So, Bezos talks about a close friend who learned to do handstands. Not the kind where you start by using a wall, but real acrobatic, handstands. The friend actually attended handstand workshops to learn how to do it right.

His friend told Bezos that it takes six months to build up to this talent.

“If you think you should be able to do it in two weeks, you’re just going to end up quitting,” she told Bezos.

From there, Bezos talked about how business meetings can help work towards high standards. And that’s when he got into six-page memos.

A good part of my career I’ve heard the stories about business luminaries who insisted that every issue be reduced to a one-pager. And I’ve heard the old saw about the world being created in one chapter of Genesis. (My mental retort is usually, “But you should see the size of the owner’s manual.”)

So when the guru of the moment talks about six-page memos, that gets some attention. And then, what he does with these memos will blow the mind of anyone who entertained adopting a “consent agenda” for board meetings.

Here’s a key section about the memos:

“We don’t do PowerPoint (or any other slide-oriented) presentations at Amazon. Instead, we write narratively structured six-page memos. We silently read one at the beginning of each meeting in a kind of ‘study hall’.”

“Not surprisingly, the quality of these memos varies widely. Some have the clarity of angels singing. They are brilliant and thoughtful and set up the meeting for high-quality discussion. Sometimes they come in at the other end of the spectrum.

“In the handstand example, it’s pretty straightforward to recognize high standards. It wouldn’t be difficult to lay out in detail the requirements of a well-executed handstand, and then you’re either doing it or you’re not.

“The writing example is very different. The difference between a great memo and an average one is much squishier. It would be extremely hard to write down the detailed requirements that make up a great memo. Nevertheless, I find that much of the time, readers react to great memos very similarly. They know it when they see it. The standard is there, and it is real, even if it’s not easily describable.

“Here’s what we’ve figured out. Often, when a memo isn’t great, it’s not the writer’s inability to recognize the high standard, but instead a wrong expectation on scope: they mistakenly believe a high-standards, six-page memo can be written in one or two days or even a few hours, when really it might take a week or more!

“They’re trying to perfect a handstand in just two weeks, and we’re not coaching them right. The great memos are written and re-written, shared with colleagues who are asked to improve the work, set aside for a couple of days, and then edited again with a fresh mind. They simply can’t be done in a day or two.

“The key point here is that you can improve results through the simple act of teaching scope—that a great memo probably should take a week or more.”

I found this a fascinating take on business from a company that specializes in making commerce really, really fast—virtually instantaneous (pun intended). A company that caters to the impatient child in us all—and, yes, I love fast Prime shipping.

Maybe the lesson here is that fast and successful begins with slow and deliberative. How does this fit with all of today’s talk about “agility”?

“The memo is from the whole team,” Bezos writes.

He did sign the letter to shareholders. Maybe that’s a regulatory requirement.

The rest of the letter talks about a lot of exciting new developments at Amazon and is worth reading.

More in this category: « Checking out an Amazon Bookstore Update on fintech charter and other fintech developments »
back to top