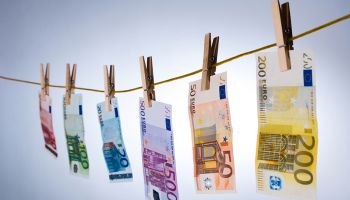 Beginning last year, news broke of several banks throughout Europe knowingly or unknowingly receiving money from Russian money launderers. The scandal involving European banks that was first exposed by U.S. authorities is still continuing to grow. While the inquiry began by exposing two relatively unknown entities in the global banking world in ABLV bank (Latvia) and Pilatus Bank (Malta), the probe has gone far further and deeper over the past several months.

Several northern European banks were involved during a period that spanned from 2007-2015. Bill Browder, a major critic of the Russian government, has brought criminal complaints against banks accusing each of them of being involved in a coordinated money laundering scheme.

The first major bank to face questions was Danish entity Danske Bank who admitted that $226 billion flowed through the bank during the time beginning with its Estonian branch. Swedbank and Nordea Bank, also in the Nordic region had $4.3 billion and $800 million that flowed through the banks respectively. The banks are among the most respected names in the region.

Even Dutch banks ING GROEP, ABN Amro, and Rabobank were mentioned in the scandal, in a country that has long been thought of as the industry standard in pension fund management and banking.  ABN Amro was accused of almost $1 billion of transactions tied to suspicious Russian accounts, and ING had to settle a money laundering case that cost the bank almost $1 billion in the Netherlands suit in September.

According to a German daily newspaper, Deutsche Bank also got into the act as if they did not have enough struggles over the past several years.  About $900 million at Deutsche Bank  wentto accounts of the “Troika Laundromat” as it is being called, between 2003 and 2017. The only United States bank mentioned to date is Citigroup, but specifics are not known on whether the bank was directly involved.   Citigroup has not commented on the situation, and the Northern European banks have only issued general statements that say they are cooperating with the investigation.

But the question remains, with all of these major brands exposed and it looking more and more like nobody will go to jail on the higher levels, do the banks really pay any substantial cost when the details are made public?  In the short run, the answer is probably not.   However, as institutional investors such as pension funds take seriously the call to responsible investing it is very possible that being branded as a bank that either does not know or does not show interest in where large sums of money are coming from, will take its toll on business.

Countries such as Denmark and the Netherlands have taken the lead on ESG investing, with some of the world’s largest pension funds having specific investment requirements. In some cases the fines are relatively small compared with what has happened and few if any executives will be carried off in handcuffs. However, as investors continue to demand best practices from the banking institutions and investment managers, the best safeguard against a lax policy on money laundering may come from the banks’ largest clients.