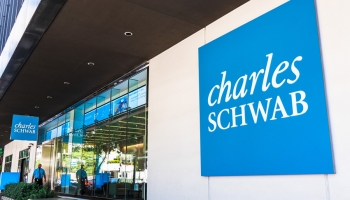 The Charles Schwab Corporation has edged closer to its planned $26 billion acquisition of investment broker TD Ameritrade after the Department of Justice (DOJ) dropped an investigation into the deal.

Schwab announced its plan to buy TD Ameritrade late last year, prompting the DOJ’s Antitrust Division to launch an investigation. The two companies are among the largest providers of investing services to individuals in the US.

In separate statements published on June 4, the two companies said the DOJ had closed its investigation.

TD Ameritrade’s shareholders overwhelmingly backed the acquisition in a vote on June 4, with 99% in favor, according to a statement from the investment brokerage.

Steve Boyle, interim president and CEO of TD Ameritrade, described the deal as a “transformative opportunity to create the ultimate client experience for retail investors and independent registered investment advisors”.

While the deal itself is expected to be completed in the second half of this year – subject to the approval of Schwab’s shareholders – the companies said the full integration could take anything between 18 months and three years to complete.

The companies are still awaiting other regulatory approvals for the transaction.

The deal, when complete, will create an investment and banking giant with approximately $5 trillion in client assets and more than 25 million client accounts, according to data from TD Ameritrade and Charles Schwab.

According to Schwab, the deal will mean it captures roughly 11% of total client assets in the retail financial services market.

The transaction is the second multi-billion deal involving a leading US investment broker in less than a year. Morgan Stanley reached an agreement to acquire E*Trade in February for approximately $13 billion.

Last month Schwab announced it had completed the acquisition of USAA’s investment management company, bringing on board one million accounts and $80 billion of assets. It also hired nearly 400 former USAA employees to aid the transition and ensure a smooth conversion of services.

The deal was valued at approximately $15.5 million. The combined company has $1.1 billion in assets, according to a statement from SB Financial.

State Bank chairman, president and CEO Mark Klein said the two banks were “deeply committed to… stakeholders and this merger will only serve to strengthen those ties and commitments”.

“We are encouraged with the closing of this transaction and look forward to further promoting the unison of two strong community bank brands now under one umbrella as State Bank,” Klein added.

“With the joint operation of our companies, we enable our customers across all of our markets access to a wide range of financial products and services, including the personalized attention they expect from their community bank.”