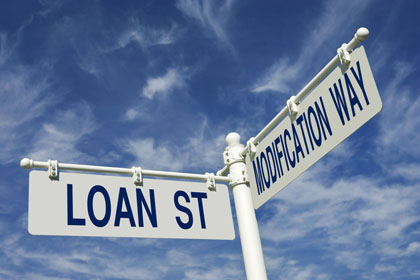 The consumer credit rating firm noted that this trend held steady even though six out of ten modified mortgages went 60 or more days delinquent within 18 months after the modification date.

The findings are part of an ongoing body of research by TransUnion looking for performing subgroups within the larger body of consumers in today's economy.  This stage of the project reviewed more than five million first mortgages originated before 2008 that went 120 or more days past due between January 2008 and June 2010.

The study found that many borrowers in the overall sample failed to maintain performance even under the new loan terms. Within 12 months of modification, 41.9% went 60 days or more past due, and the rate of recidivism rose to 59.1% within 18 months.

However, having had a modification improved performance on other personal credit.

What does this mean? "They are signaling to the world that they are better credit risks," said Chaouki. "These people are trying, and they want to make it work."

The study also compared post-modification behavior for borrowers in the group receiving modifications who had only gone delinquent on their home loans to the performance of those who had done so on mortgages and other credit. It found that the rate of recidivism at the 12-month mark for mortgage-only delinquents was 38.8%, while those borrowers who had had multiple delinquencies before modification hit 46.2%.

Chaouki noted that part of the significance of the research to lenders, who need to keep lending, is the parsing of even troubled borrowers into strata that may have potential. "It's grown to be a big enough population that it really matters," he explained.