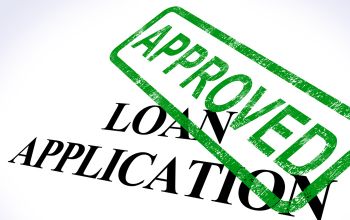 Here and there banks are beginning to take advantage of economic improvement to begin active lending efforts again.

BankUnited Inc. is one of the industry's commercial banks with the most room on its balance sheet to increase the percentage of its loans to total assets—and is quickly adding more of those assets to its balance sheet, with loan growth more than 65% higher than in the previous quarter.

According to SNL analysis, Miami Lakes, Fla.-based BankUnited is the second largest commercial bank, by assets, among U.S. banks and thrifts with tangible common equity representing more than 10% of its tangible assets and gross loans-to-assets ratio of between 30% and 60%, as well as adjusted nonaccrual loans lower than 2% of total loans.

Chairman, President, and CEO John Kanas said that commercial growth in both New York and Miami had boosted the company's 2013 second-quarter annualized loan growth, which was 65.86% higher than the first quarter.

"We're very pleased with … a rather impressive growth trajectory centered around, I think, the two most vibrant markets possibly in the United States, but certainly on the East Coast, and that is Manhattan and Miami," Kanas, said during the company's second-quarter conference call. Kanas, who previously headed North Fork before its takeover by Capital One, has long touted the opportunities that BankUnited would see in New York.

"We're not surprised by the early growth that we've seen out of the Manhattan market, and we won't be surprised by the growth we continue to get there for the balance of the year," Kanas said. He did say that the strength of the South Florida market was a bit more unexpected, saying the company was surprised at the strength of its rebound and "how much more growth we're getting out of the Miami-Dade area than we had anticipated earlier this year." 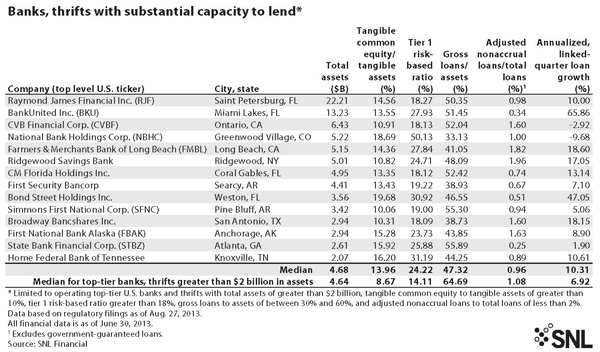 Another South Florida-based bank that took advantage of its capacity to lend during the second quarter was Bond Street Holdings Inc., which had gross loans representing 46.55% of its assets at the end of the quarter.

The company reported that annualized linked-quarter loan growth was 47.05% higher than the previous quarter, as its adjusted nonaccrual loans ran at just 0.51% of its total loans. 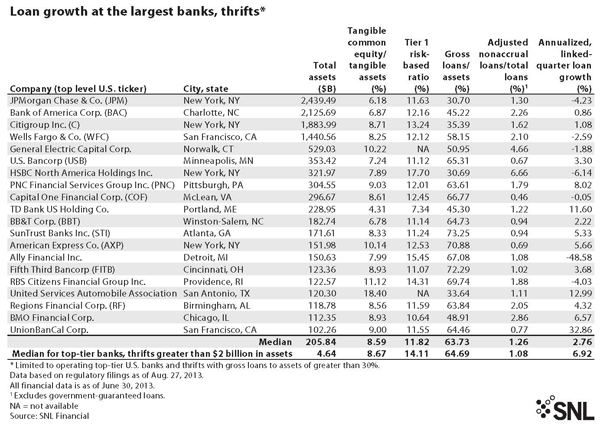 Among the largest bank holding companies in the nation, a number of institutions reported loan growth, though others saw lending decline from the previous quarter.

Cincinnati-based Union Savings Bank reported a 55.55% decline for the period. 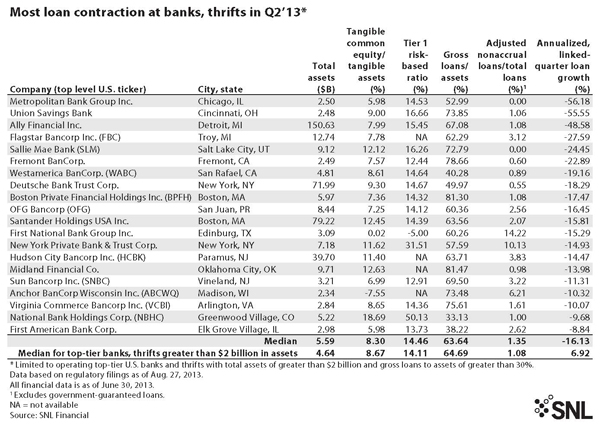