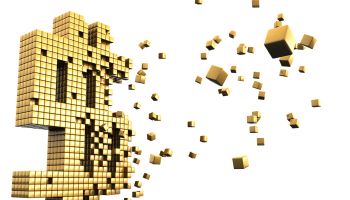 SNL analysts find that much of what had been time deposits has slipped into more liquid accounts—or has been leaving banking.

Although they have leveled off somewhat in recent quarters, total deposits at U.S. commercial banks have been on a steady climb since the middle of 2008. But the opposite seems to be true of time deposits during that time frame.

Rolling off as alternatives look better

The recent stretch of historically low interest rates has left banks flush with deposits at the same time that loan growth has remained challenged. But while demand, NOW, and other transaction and savings accounts collectively have grown on bank balance sheets, time deposits represent less of the mix.

Keefe Bruyette & Woods analyst Damon DelMonte told SNL that many CDs are rolling off and being reset at much lower rates, which has played a part in a change in customer sentiment. He said that with the recent uptick in rates, people are looking for opportunities to move that deposit money into other vehicles that can produce a higher rate of return.

Bank product shoppers are now looking at new CD rates that could be 50 basis points lower than what they were receiving a few years ago and thinking they can take this money and put it into an online money market account or go out and invest in a mutual fund, DelMonte added. The recent returns on index funds have in many cases been much more attractive than CDs, he said.

DelMonte said some maturing CDs were put on at the height of the financial crisis when banks were paying "up" to try to increase liquidity and help with their funding structure. But as the market continues to improve and the return on shares of equities has increased, "you start to see a shift in consumer behavior where customers are looking to take the money they had in CDs and put it back into the market," he said.

Greenville, S.C.-based Palmetto Bancshares Inc. saw a 35.52% year-over-year drop in time deposits as of June 30. But President and CEO Samuel Erwin told SNL the decline is no concern at all. He said that several years ago the bank ran a CD campaign that brought in a significant amount of long-term money. Now, with ample liquidity and a lack of loan growth not necessitating having those deposits on the books, Palmetto has made no renewed push for CDs.

"When those CDs came due we priced them at the market, and some of those went to competitors," he said. "It was very much a planned event. We're still right where we need to be in growing core deposits, which is most important to us."

While a portion of that CD money was lost to competitors, Erwin said most of it went into Palmetto's money market accounts or other interest-bearing accounts.

While rising interest rates will impact cost of funds, when exactly that will happen "is anyone's guess," Erwin said. In the meantime, Palmetto is focused on building stronger relationships and adding core deposits. "So when the day comes that rates do increase, our plan is to continue to offer a breadth of products and a strong reason for these clients to bank with us," he said.

Time deposits in the broader scene

DelMonte said that without a doubt the cost of funds across the banking sector is going up. But banks are still able to access other borrowing vehicles at attractive rates. He said some banks have moved toward short-term borrowings from the Federal Home Loan Bank System. And some of those institutions that want to keep deposits on the books are using brokered CDs, he said.

When asked how acquirers today are looking at deposits when sizing up potential targets, DelMonte said the implied value has probably gone down a little bit, and acquirers need to take a closer look at the number of transactional accounts and "sticky" deposits.

"If you acquire a bank that has a large CD portfolio—especially one with a higher cost associated with it—there's a good chance that those relationships will go away," he said. So it is important to find banks with high levels of transactional accounts, which are typically with the bank "for the long haul," according to DelMonte. "

Those accounts are typically customers of the bank, and there is generally opportunity to develop stronger relationships with them and increase business activity," he added.

Acquirers are certainly not often interested in targets simply because they have a strong CD book, Erwin said. But banks with strong core relationships will continue to carry the most value, he said.