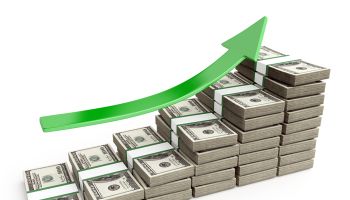 Undercapitalized banks have been climbing out of the basement, according to SNL analysts.

The number of undercapitalized banks fell to the lowest level in nearly five years at the end of the second quarter, with more banks escaping undercapitalized territory through positive means in 2013 than in years past.

Twenty-six banks and thrifts were undercapitalized, based on the criteria of having Tier 1 ratios below 4%, at June 30, compared to 38 institutions at the end of the first quarter and 56 institutions a year ago, according to SNL data. This represents linked-quarter and year-over-year decreases of 31.6% and 53.6%, respectively.

That trend was consistent through 2012, when the number of undercapitalized banks decreased by 26 to 44 institutions. During that period, a number of banks joined the ranks of the undercapitalized and 51 banks failed. Only 15 banks found their way out of trouble through recapitalizations, mergers, or balance sheet shrinkage and de-risking, coupled with modest earnings in some cases.

The trend has been more positive this year, with eight banks, including three in the second quarter, finding their way out of undercapitalized territory without failing. Just 20 banks have failed so far in 2013—12 of them during the second quarter.

Where the trouble persists

Most problem and undercapitalized institutions continue to be in areas that suffered from stress during the cycle.

The overall pace of resolutions has slowed dramatically in the last two years. Ninety-two banks failed in 2011 after 157 were shuttered in 2010. The pace of failures slowed considerably in 2012, to 51.

One holding company that has long remained in troubled territory has distorted the amount of undercapitalized institutions in the banking industry for some time. Capitol Bancorp Ltd. had eight of its banking subsidiaries among the list of undercapitalized banks for more than two years.

Where new capital made the difference

Failures were responsible for the bulk of the decline as raising defensive capital has continued to prove difficult for banks.

However, a handful of banks have enjoyed greater success raising funds this year and generally the transactions have represented full-scale recapitalizations.

• For instance, First Security Group Inc. unit FSGBank NA, was deemed undercapitalized at the end of the first quarter. In April, however, the company recapitalized and downstreamed $65 million in capital to FSBBank, boosting the bank's capital ratios significantly.

• In May, NewDominion Bank raised in excess of $10 million after spending close to a year on the transaction.

• And in June, an investor group completed the recapitalization and purchase of Metrobank's holding company, Chicago-based Metropolitan Bank Group Inc.

Postponed wedding back on again

One institution that remains on the list of undercapitalized institutions, Independence Federal Savings Bank, recently reached an agreement to merge with Colombo Bancshares Inc.

The two parties tried to merge more than three years ago but mutually agreed to terminate the transaction. It is a condition to the completion of the merger that Morton Bender, the sole holder of Independence FSB and Colombo Bank preferred shares, makes an additional common equity investment in Independence FSB prior to closing.