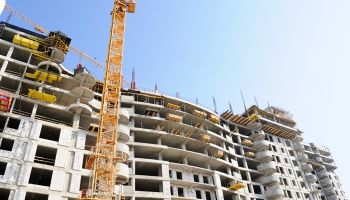 Some growth leaders owe their buildup to loans acquired in the course of acquisitions. Georgia’s Hamilton State Bancshares, for instance, bulked up on CRE through four FDIC-assisted deals over recent years. But most of the growth comes under agency loss-sharing agreements.

Commercial real estate loans are trending upwards with large community banks leading the way. Sixteen of the top 20 banks based on CRE loan growth in the second quarter fell into the $1 billion to $10 billion assets group, according to SNL Financial data.

Performance has also improved. Delinquent CRE loans, defined by SNL as loans that are at least 30 days past due or have been classified as nonaccruing, continued to decline in the second quarter to a rate of 3.26%, a far cry from the 10.13% delinquency rate seen at the same time in 2010.  In contrast, closed-end 1-4 family residential loans had a 10.93% delinquency rate as of June 30.

CRE loans are defined as loans backed by non-owner-occupied and unsecured commercial real estate, loans backed by multifamily dwellings, and construction and land development loans. As of June 30, aggregate CRE loans among commercial banks totaled $991.10 billion, or 13.96% of total loans.

Community banks pull ahead as group, too

Banks within the range of $1 billion to $10 billion in assets outpaced U.S. banks of other sizes in median year-over-year CRE loan growth, with a 7.79% growth rate. In analyzing banks and thrifts of varying size, SNL also found that the largest banks had the highest percentage of median CRE loans delinquent at 2.95% at June 30.

Hoschton, Ga.-based Hamilton State Bancshares Inc., which had the sixth-highest CRE loan growth rate, also has a whopping delinquency rate of 25.67% among those loans. The bank has assumed several failed banks via government assisted deals: Bartow County Bank and McIntosh State Bank in 2011, First State Bank in 2012, and most recently the purchase of Douglas County Bank in April. All four deals were facilitated with FDIC loss-share agreements, meaning that losses on $302.06 million of the bank's CRE loans will be covered in some part by the FDIC. About $392.40 million of Hamilton State's CRE loans are delinquent.

The largest bank within the top CRE loan growth ranking was San Francisco-based UnionBanCal Corp. The bank, with $102.26 billion in assets, reported CRE loan growth of 35.33%.  The aggregate CRE loan growth for the company was $3.99 billion, of which approximately $3.50 billion can be attributed to its purchase of the PB Capital's CRE lending division, a deal completed June 24.

New York Community Bancorp has the highest percentage of CRE loans to total loans among the top lenders at June 30. The bank is mostly focused on apartment building financing in New York City; Long Island, N.Y.; and New Jersey.

General Electric Capital Corp. was the only institution to see double-digit delinquency growth of 12.35% for the quarter ended June 30, 2012.

SNL also analyzed the median year-over-year CRE growth rate by state, using all commercial banks with a CRE composition greater than 10% as a benchmark. More than 80% of the states saw an increase in CRE loans during the year ended June 30, with seven of them displaying growth in the double-digits.