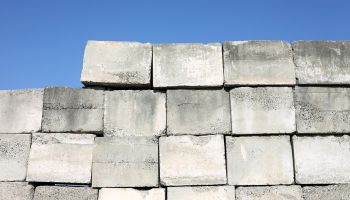 The number of deals done fell in the third quarter, but deal value more than doubled over the second quarter.

Large bank acquisitions dominated the third quarter of 2013. The number of whole-bank deals announced in the third quarter was lower than in any other quarter this year, but the aggregate deal value shot-up to $6.8 billion—more than twice that seen in the second quarter.

For the nine months ended Sept. 30, 166 whole-bank deals were announced with an aggregate deal value of $11.9 billion. There were 192 deals announced with a total spending of $11.7 billion in the third quarter of 2012. 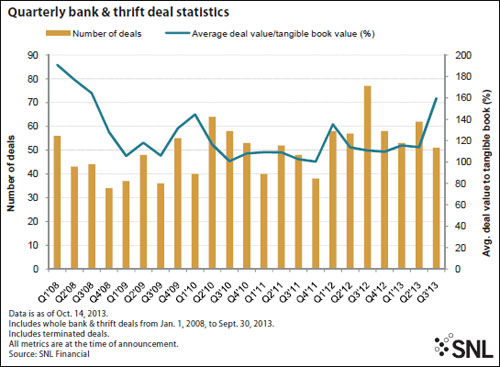 There were five FDIC-assisted deals announced in the third quarter of 2013. The acquisition of Edinburg, Texas-based First National Bank, with an asset size of $3.1 billion, by Dallas-based PlainsCapital Bank, a unit of Hilltop Holdings Inc., is the largest FDIC-assisted transaction since 2011. Hilltop President and CEO Jeremy Ford said the transaction is expected to be immediately accretive to earnings.

The third quarter brought a couple of large deals valued at $2.0 billion and more. With a deal value of $2.3 billion, the acquisition of Los Angeles-based CapitalSource Inc. by Los Angeles-based Pacific Western Bank, a unit of PacWest Bancorp, is the largest deal announced this year and ranked fifth since 2010. According to PacWest, the transaction is expected to be 9% accretive to earnings per share in 2014 and 18% the following year owing to the significant cost savings.

However, a group of community organizations, led by California Reinvestment Coalition, have called for the postponement of this deal due to concerns not limited to poor CRA evaluations and overlapping of branches potentially resulting in closures.

The second-largest deal of 2013 was also announced in the third quarter, when Portland, Ore.-based Umpqua Holdings Corp. unit Roseburg, Ore.-based Umpqua Bank agreed to acquire Spokane, Wash.-based Sterling Financial Corp. in a cash-and-stock deal valued at $2.0 billion. The deal is projected to have 30% cost savings by 2015 resulting in 12% accretion to the operating earnings in the same year. 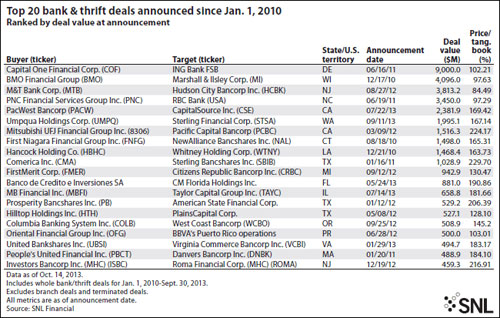 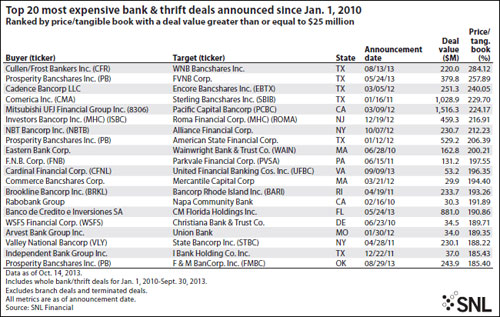 Continuing the trend of past some years, the Midwest retains its title of the busiest region in terms of the number of announced bank acquisitions. There were 52 deals announced in the Midwest for the nine months ended Sept. 30. The two largest deals of 2013 helped put the West in first place by aggregate deal value. 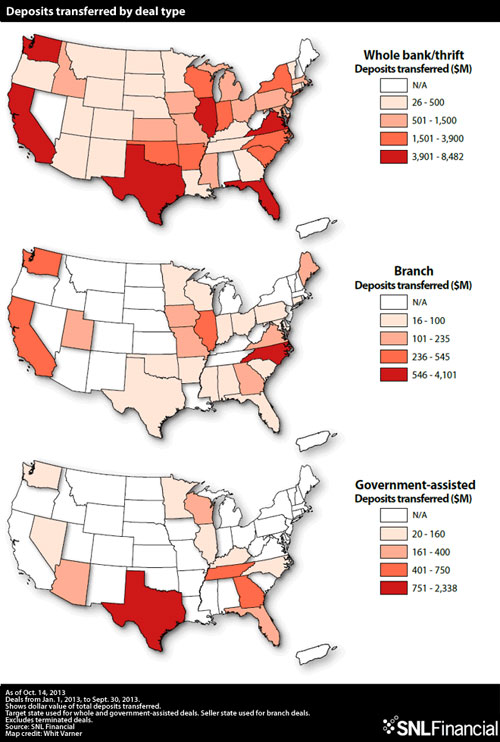