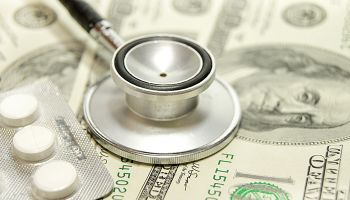 Results of the latest Comprehensive Capital Analysis and Review took some industry observers by surprise, as the Federal Reserve objected to five of the 30 participants' plans, and approved another two banks only after they resubmitted.

The Fed objected to Zions Bancorp.'s capital plan on quantitative grounds, noting that the company would not meet the minimum, post-stress Tier 1 common ratio of 5%. Other than Citigroup Inc., all of the banks that were rejected because of qualitative concerns were going through the CCAR exam for the first time, and all were subsidiaries of foreign companies. Those banks were HSBC North America Holdings Inc., RBS Citizens Financial Group Inc. and Santander Holdings USA Inc. 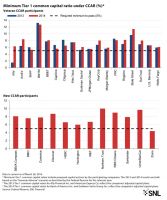 Oja said that Citi, which also faced rejection during a previous CCAR exam, was clearly hurt by the $400 million loss it recently uncovered at a subsidiary in Mexico. "That was a matter of concern, but I didn't think that Citigroup had enough other concerns that it would lead to a rejection," Oja said.

The Fed attributed its objection to Citi's capital plan to "significantly heightened supervisory expectations" for the largest and most complex bank holding companies. "While Citigroup has made considerable progress in improving its general risk-management and control practices over the past several years, its 2014 capital plan reflected a number of deficiencies in its capital planning practices, including in some areas that had been previously identified by supervisors as requiring attention, but for which there was not sufficient improvement," the regulator stated.

Oja was not surprised that four of the 12 banks going through the exam for the first time were rejected. He said the fact that only one of the 18 banks that had gone through the test previously was turned down was in line with expectations.

Federal Reserve Governor Daniel Tarullo said the banking sector each year has shown "broad improvement" in assessing its capital needs under stress. "However, both the firms and supervisors have more work to do as we continue to raise expectations for the quality of risk management in the nation's largest banks," he said in a press release announcing the results.

Analysts thought qualitative assessments could bring the biggest surprises in the 2014 test after BB&T Corp.'s rejection in 2013 on qualitative issues. In a March 26 research report, Sandler O'Neill & Partners LP analysts Jeffery Harte and Brad Milsaps said they had few concerns from a quantitative standpoint, but noted that every CCAR exam seems to bring a few instances where it appears certain banks will pass "with flying colors" and then fail to have their capital plans approved. "From the outside, it is difficult to understand why these flukes occur, but there seem to be one or two every year," the analysts wrote.

Thomas Rudkin, an investment banker and principal at FIG Partners LLC, noted that all the CCAR newcomers are sophisticated banks, and said it was safe to assume they would be well-prepared for the test. "Everybody had another year to figure out how to do this correctly and be prepared for it," he told SNL ahead of the results March 26. As banks pass the exam year after year, investor confidence in those banks builds. "The investment community is already used to the idea that most of the banks are going to pass," he said.

FBR Capital Markets analyst Bob Ramsey told SNL that for Huntington Bancshares Inc. and KeyCorp, results were mostly as expected with a modest increase in dividend as well as share repurchase authorization, but nothing that moves the needle on his estimates or outlook for the stocks. The Fed also approved M&T Bank Corp.'s plan, and as the company is still in "capital build mode" it likely requested little if anything more than maintaining the current dividend, Ramsey said.

In the bigger picture, Ramsey said it is no surprise that most companies passed, while a few companies were made an example of. "For those that passed, this is really a no-news-is-good-news story," he said. "Given the DFAST results, it made sense for Zions' plan not to be approved, but the qualitative concerns at four large banks were more newsworthy."

The results released March 26 came less than one week after the March 20 release of the Dodd-Frank Act stress test results. The so-called DFAST results showed the majority of the industry's biggest banks could withstand another steep recession, showing that all of the participants except Zions would have ample capital to survive exceptionally poor economic conditions. 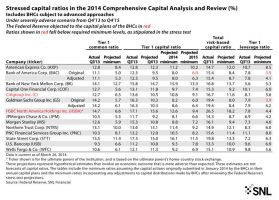 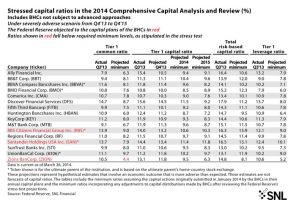