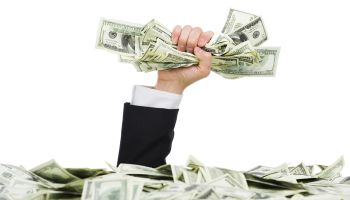 Along with all of the economic challenges that bankers face today, it seems there is another insidious obstacle. Many things bankers have taken as absolute truths through their careers may actually prove to work against them, if they are not careful.

One of these areas is deposits and, in particular, non-maturity deposit growth.

Many of us believe that should American savings and spending patterns predominantly remain on the same track as prior to the Great Recession, the scarcity value of these deposits, particularly in rising rate environments, will generally continue to improve for the foreseeable future. Many of us still believe that these deposits are the cornerstone of bank franchise value.

So when is non-maturity deposit growth not a good thing?

Since the 2008 downturn, bankers and regulators have seen non-maturity deposits grow at record levels. But a good portion of this growth is not as core as we would all like it to be.

• Instead, it has come in the form of businesses and farms building up cash, given weak economic prospects. They have been saving, rather than investing in expansion.

• It comes in the form of flight to quality. As economic conditions worsened, investors of all types—not just those invested in stocks and bonds, by the way—sought the safe haven of U.S. banks.

• Also, the “glass wall” has been broken.

Many experienced bankers have believed that that figurative barrier existed between non-maturity deposits and CDs, such that CD customers generally stick to CDs and nonmaturity deposit customers stick to NMDs.

But many previously rate-sensitive time deposit customers, fatigued by the persistently low-rate environment, have elected to park their money in money market accounts, waiting until rates are high enough to return to term accounts.

This confluence of events has led bank non-maturity deposit levels to swell during the period since 2008.

Some bankers and regulators worry that these non-maturity deposits are inflated anywhere from 3% to 30%. Their concern: heightened interest-rate risk and liquidity risk.

Many bankers treat these depositors as the same “core” customers that they have always been historically. Yet they may end up being more of a passing acquaintance than loyal customers. Or these monies may be part of a loyal relationship— but they represent levels historically above their normal carrying levels—and prone to flight. They may go back into business and side investments. But they might also return to chasing higher rates on CD specials as rates rise.

All banks have these “surge” deposits, yet few have actually gone through the process of obtaining a non-maturity deposit study. Many haven’t even done some sort of grassroots analysis to qualify and isolate the risk.

This risk compounds when you take into account that customers are stretching for longer terms on historically low loan rates. And that duration is added on the asset side as margins are under pressure from the sustained low-rate environment. This is an issue that continues to concern regulators, and rightfully so.

The perfect storm is being set up. As rates begin to rise, banks find themselves surprised by some combination of deposit outflow and migration. This will have an acute effect on their institutions’ interest rate risk position and liquidity position.

And this will come just as liquidity sources are being drawn down to support economic expansion and loan growth.

Can you prepare for a “reverse surge”?

We’ve spoken with many banks about the potential solutions to this looming challenge. The smartest appear to be fairly intuitive and pragmatic.

First, in this environment, a non-maturity deposit study can help.

This research will take a statistical approach to estimating which deposits are core vs. non-core; substantiate the life assumptions; and support the deposit betas being assumed in bank risk models.

This will also help set a healthy and statistically valid baseline for your discussions about the capacity to support additional long duration assets with your true core non-maturities. Such a study will prove particularly helpful as banks will likely face added pressure to support longer duration assets before we get any real economic relief.

Large increases over the earlier amounts or prior period averages may be an indication of potential excess surge money.

This is no task solely for ALCO. Get your branch personnel involved. Often, they have a very good handle on their customers and their behaviors, needs, and desires.

Use this process to establish something akin to a specific reserve for deposit run-off. Then estimate some general percentage on the balances below deposit insurance maximums. These numbers, plus a stress test considering run-off of increased beta sensitivity, should be run in bank risk models to determine the materiality of the estimated risk position.

The fix? Don’t grab for obvious

It is tough to move these balances on your own in a profitable manner.

Perhaps if you know you have “rate chasers” in these balances, then selling third-party annuities or other non-deposit investment products might make some sense.

As far as offering term CDs, that is a slippery slope.  You know cost will be increased (assuming term CDs longer than 18 months and higher than 0.75%). Even then, there may not be much actual protection bought against rate increases of greater than 200 basis points because of the absolute low value of rates which render most prepayment penalties ineffective to resist breaks at higher rates.

The risk inherent in non-maturity deposit balances today is not the only issue that banks need to be mindful of.

I have seen several situations where loan growth and or branch expansion is causing bankers to think about the need to grow deposits. Historically this has been done, particularly for non-maturity deposits, with premium rates to attract new customers or added balances. The theory in such cases is that, over time, a seasoning is experienced and these new customers stay with the new bank for a variety of reasons other than rate.

There are also situations where banks have been directed or otherwise desire to reduce their reliance on wholesale funding, and are trying to build more core deposits.

This makes perfect sense until you consider a couple of factors.

The first is the concept of marginal cost of funds. For example, let’s say that we need a 2.00% money market special to have any chance to make it worthwhile for customers to move to our bank. Let’s also assume that we think we can bring in $10 million of new money. The cost of the new program is not just the 2.00% we are paying for the new money. Marginal cost of funds would suggest you also include the net increased cost of money you already had in the bank that migrated to the new account for a better rate.

Let’s assume that $35 million of funds previously held in money markets, CDs, and savings, with an average cost of 0.15%, also moves into our new account. This would suggest the program also cost us the increase in interest expense of $647,000 on these accounts (2.00% versus 0.15% on $35 million) which would bring the marginal cost of funds up to 6.32% for this campaign.

This is a higher rate than most banks currently receive on their highest-yielding loans.

And it fails to take into account the likelihood that these new balances might actually be increasing the surge risk on your balance sheet. This is in light of the general hunger for better rates of return on a large amount of hot money that exists in the current environment.

In an effort to reduce costs, increase value, and reduce risk, we may have done just the opposite.

Hence, over the long-term, prudent strategies to increase non-maturity deposits still makes sense. But sticking to the same strategies we have always done may actually lead to much worse results.

You must question long-held practices

It still makes good sense to pursue non-maturity deposit growth, organically or through acquisition, as a primary long-term strategy. The major caveat is that sticking to a traditional approach to your business may be very costly.

And the reality is, even if you do nothing, you may be sitting on more risk than you think.

Typically assumptions surrounding deposit stability and betas are the most sensitive assumptions that can change a bank’s interest rate risk model. The current economic environment and the duration of the Great Recession has enhanced the risks in this environment and has truly made traditional actions and views very dangerous. It is a good idea to question yourself and take an open-minded view at the current risk/reward dynamic.