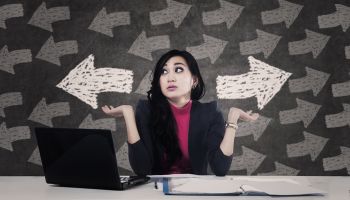 A number of banks say they have selectively put funds to work in their securities portfolios, avoiding the temptation to reach for yield as higher interest rates could lie around the corner.

Most banks, however, have kept their securities portfolios at elevated levels as they have struggled to grow loans materially. Deposit growth outpaced loan growth again in the first quarter, increasing 1.1% sequentially in the period, while loans were essentially flat with the prior quarter. Banks were unwilling or unable to sit on the additional excess liquidity created in the first quarter and continued to invest more cash in their securities portfolios. 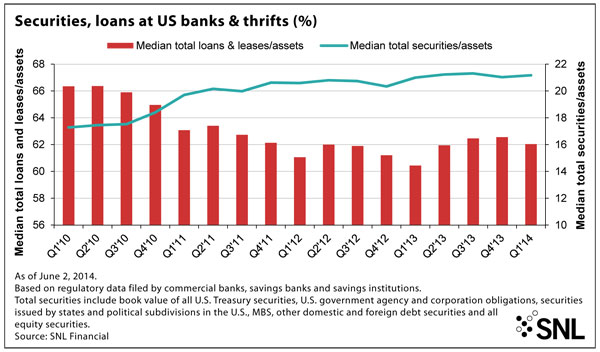 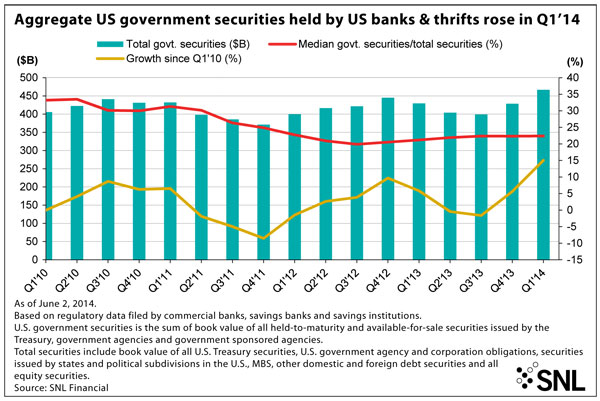 Some bankers say they are investing cautiously, though, eyeing the prospect of higher interest rates. First Financial Holdings Inc. CFO John Pollok said at a recent investor conference that the company believes it makes sense to keep its investment portfolio relatively small at less than 11% of its assets because at some point interest rates will increase. First Financial CEO Robert Hill Jr. added that putting cash to work in the investment portfolio might help in the near term, but ultimately he did not think that was a sound strategy.

"We could go out and buy more bonds and help earnings in the short term, but we think that would hit tangible book value over the next two years. We've seen other banks do that," Hill added at the event.

Other banks are proceeding with similar caution. The CFOs of Renasant Corp. and Old National Bancorp both noted at recent investor conferences that they are investing carefully as well and have avoided buying significant amounts of longer-duration assets since interest rates would likely rise at some point.

The negative impact higher interest rates would have on banks' investment portfolios—which are predominantly composed of rate-sensitive bonds such as residential mortgage backed securities, Treasury, and agency securities—is fresh in many institutions' minds. Banks saw unrealized gains in their securities portfolios wash away in 2013, when the yield on the 10-year Treasury rose more than 125 basis points, closing the year at 3.04%.

Long-term rates have fallen significantly in 2014, with the yields on the five-year and 10-year Treasury declining by 7 basis points and more than 40 basis points, respectively. Some market watchers have argued that long-term rates could even continue to fall lower. The decrease in rates has left banks' securities portfolios in a better position than when the year began, but lower rates have once again made finding a yield a real challenge.

A steady diet of munis

Banks continued to see value in the municipal bond market, which fared better in the first quarter than it had in the spring and early summer of 2013, when investors pulled billions of dollars from municipal funds. Keefe Bruyette & Woods analyst Robert Lee noted in a report published in February that muni funds showed signs of life early in the year.

"We believe the improvement in muni fund flow trends should be sustainable as investors come to grips with higher tax bills, higher tax free yields attract investor interest, and concerns over municipal finances moderate," Lee wrote in a Feb. 2 report.

That prediction proved correct, with $1.9 billion in new funds entering the muni bond sector in the first quarter, marking the first time in three quarters the muni market experienced positive net inflows, according to Lipper. The prospect of higher yields attracted the new funds, Lipper said. Banks also seemed attracted to the yield, increasing their muni bond exposure to $299.40 billion, or 23.38% of their securities portfolios, on a median basis, from $291.94 billion, or 23.61% at the end of the fourth quarter, according to SNL data. 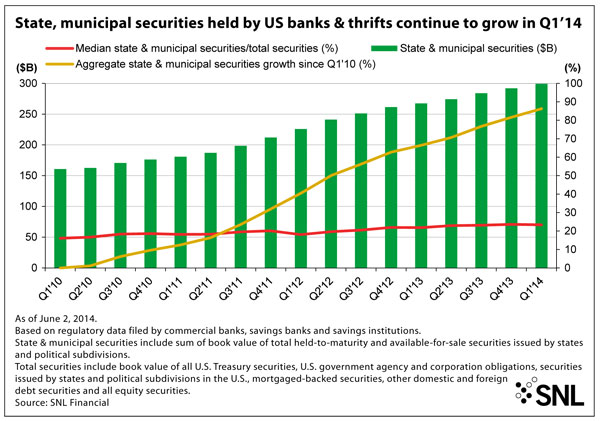 Banks have also purchased muni bonds because they believe the securities will react differently when interest rates rise. First Financial Bankshares Inc., for instance, said at a recent investor conference that when rates move, muni bonds do not react as quickly.

However, the banking industry has not shied away from its traditional, bread-and-butter investments. Banks modestly increased their exposure to government securities—securities issued by the Treasury, government agencies and government-sponsored agencies—to 22.40% of their investment portfolios, on a median basis, at the end of the first quarter, up from 22.33% in the prior quarter and 21.18% a year earlier, according to SNL data. Banks have substantially reduced the composition of government securities in their portfolios from the levels witnessed during 2009 and 2010, but the industry has steadily increased its exposure in each of the last three quarters.

Banks have done just the opposite with the size of RMBS balances over the last year, but nearly held those levels steady in the first quarter. RMBS could experience more significant price movements in a rising rate environment due to negative convexity from extension risk, or the risk that investors will hold below-market rate securities for longer periods of time since prepayment speeds will slow when rates rise. 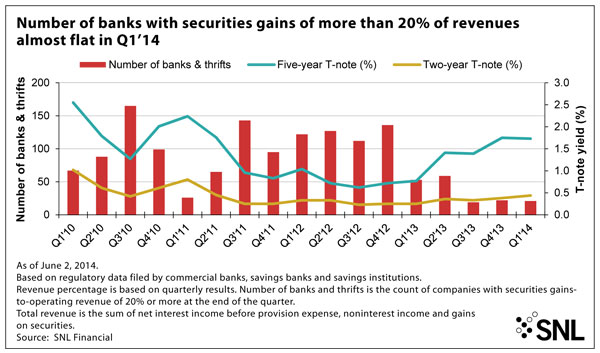 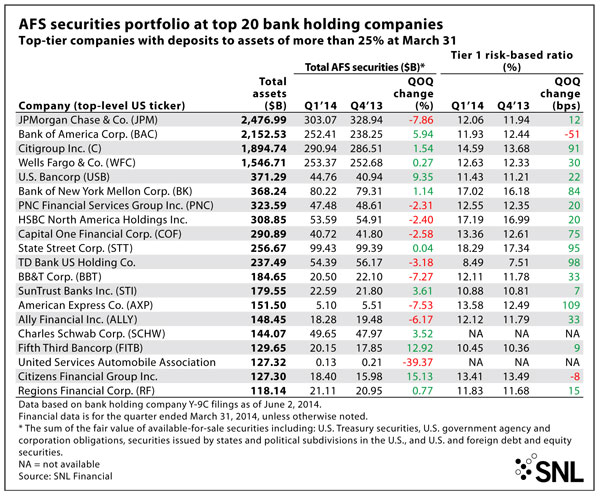