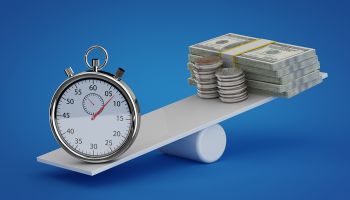 The spotlight for deposits has tended to be on the answer to, “When will rates really start going up again?” For bankers, equally important is the final answer to the questions, “How much of my ‘core’ is really core?”

With rates so low, what hasn’t been talked about much is early withdrawal penalties, the charges made when the term of a time deposit is broken.

“I don’t think it’s on anybody’s radar screens much at all right now,” says Greg McBride, chief financial analyst at Bankrate.com, with rates being so low.

McBride made that observation as Bankrate.com published its latest survey concerning the size and policies governing early withdrawal penalties. The survey was last taken in 2012.

Nine in ten will take principal if necessary

Bankrate.com surveyed the top 10 banks and savings institutions in the 10 largest U.S. markets, as well as the nation’s five largest credit unions, in early May. The survey looked at penalty policies on three-month, six-month, one-year, two-year, and five-year CDs.

The survey found that only one institution in ten will not invade principal in assessing early withdrawal penalties.

McBride noted that consumers have been staying short for some time. “It will take a sustained environment of rates going up” to convince them to tie up deposits for longer periods.

“Consumers are still hunkering down in deposit products,” added McBride, rather than pursuing other investment choices.

For localized reports based on the survey, go here.