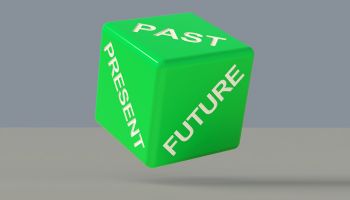 There’s no denying that financial literacy can make a difference in how well an individual navigates personal finance. But new research indicates that a person’s “time personality” can affect how well they manage money and credit.

What is “time personality”?

People are creatures of their experience and how they apply that experience.

The research, by Philip Zimbardo, professor emeritus of psychology at Stanford University, was sponsored by MagnifyMoney.com, which is offering a related 36-question “Time Personality Quiz” on its website. Zimbardo created the Zimbardo Time Perspective Inventory.

The study breaks people into three major groups based on their time orientation:

Past-oriented people can be of two types:

• “Once bitten twice shy”: Past bad experiences, such as getting a “201 K” after a 401 K tanked in the stock crash, makes them so conservative that limiting their downside costs them much of the potential upside.

• “Memory Hoarders”: This group tends to get stuck in fond memories, which leads to standing by a bank or financial product when better deals may exist.

Present-oriented people can be of two types, as well:

• “Hedonists”: These are like the classical grasshoppers in the Aesop’s fable of that insect and the ant. Living for the now, they may be financially sick. They buy now and think later, the researchers say, “with no thought of future consequences—or their credit card bill.”

• “Powerless”: While the hedonists may be enjoying their present, at least, these folks don’t have any fun at all.

“They tend to believe that things that happen in life are out of their control,” the researchers state, “and don’t feel empowered to change their financial situation and get more out of their banks.”

As a result, they tend to be fatalists. “They don’t believe that better options exist,” the researchers report.

Indeed, the self-styled powerless are more likely than others to gamble or buy lottery tickets.

Finally, there are the future-oriented folks—who are not as savvy or happy as you might think.

“This group is singularly focused on planning for the future and are likely to make financial decisions—such as buying a house, saving or investing—because they know it’s the right thing to do,” say the researchers. “However, this group doesn’t always achieve a higher degree of financial health because they seek out advice that might not always be prudent.”

While they are looking ahead, they aren’t necessarily making the right choices. To secure their future, they may buy expensive forms of insurance, for instance.

The study found these people focus too much on the future, even personally.

“They are highly focused on their careers,” the researchers say, “and never have enough time in the day for their friends, family, or even themselves.”

The study revealed additional points of interest to bankers:

• Millennials think they are less financially literate, and yet they tend to demonstrate greater financial health than Boomers. Many came into the work force during the financial crisis and have demonstrated considerable financial conservatism.