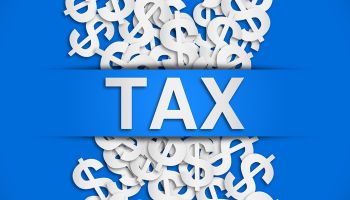 Taxes remain a certainty in life, but in an effort to reduce confusion regarding the ownership of tax refunds—particularly in light of court opinions reaching varying conclusions when the Federal Reserve System, FDIC, and the Comptroller’s Office jointly released final supplemental guidance on income tax allocation agreements between holding companies and insured depository institutions.

The regulators last issued an interagency policy statement on the issue in 1998. At that time, the “Interagency Policy Statement on Income Tax Allocation in a Holding Company Structure” established that a holding company that receives a refund from a taxing authority takes the money as an agent for its subsidiary insured depository institutions and other affiliates.

But in the wake of bank failures, courts have struggled with how to allocate refunds for such institutions and reached varying results. Of particular concern for the regulators, some courts have found that tax refunds generated by a failed bank were the property of its holding company, based on a reading of the express language of the tax allocation agreement as creating a debtor-creditor relationship.

Striving for clarity, the new “Addendum to the Interagency Policy Statement on Income Tax Allocation in a Holding Company Structure” instructs insured depository institutions and holding companies to review (and revise if necessary) their tax allocation agreements to ensure that the documents expressly acknowledge the 1998 policy statement and “do not contain other language to suggest a contrary intent.

All banking organizations should add ownership of tax refund language to clarify their tax allocation agreements, the regulators requested. The Addendum also clarified that tax allocation agreements are subject to the requirements of Section 23B of the Federal Reserve Act; agreements that do not clearly acknowledge the agency relationship could be subject to additional requirements under Section 23A of the FRA.

The regulators provided sample language for tax allocation agreements. Going forward, the agencies said they will deem agreements “that contain this or similar language to acknowledge that an agency relationship exists” for purposes of the policy statement, Addendum, and Sections 23A and 23B of the Federal Reserve Act.

The new guidance should be implemented as soon as possible but no later than Oct. 31, according to the regulators. Notwithstanding this effort by the regulatory agencies, the issue remains contentious in a number of pending cases where the amounts involved are not inconsiderable.

Why it matters: Holding companies and insured depository institutions have less than four months to review—and revise if necessary—their tax allocation agreements to reflect the requirements of the policy statement and Addendum.