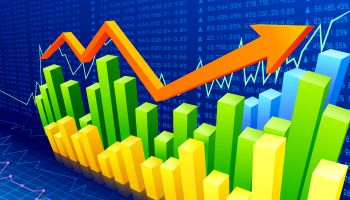 Major banking companies boosted lending in the U.S. in the second quarter amid intensifying competition, as demand in both the commercial and consumer arenas picked up.

Growth was notably strong in commercial-and-industrial lending as well as in the multifamily housing sector. Nine of the banks posted linked-quarter growth in C&I lending, while eight of the ten recorded growth in multifamily.

On the consumer side, all ten banks posted growth in non-real estate lending, with several noting strength in auto lending and credit cards during earnings season.

Raymond James analyst Daniel Cardenas told SNL that the big banks served as a collective bellwether, as loan growth was a significant positive to emerge from second-quarter earnings season for the banking industry in general.

"For the most part, loan growth came in as expected or often better than expected, with pipelines looking strong heading into [the third quarter]," Cardenas said. "This looks like it has some legs to it. So it is pretty positive overall."

Cardenas said that already stiff competition is intensifying and this may slow growth for some banks as 2014 wears on.

However, Cardenas added that many lenders appear committed to competing aggressively, making concessions on price and working hard to cross-sell products to existing customers in hopes of making multiple links to their clients and, therefore, making it difficult for customers to leave.

Often, Cardenas noted, customers who do business with a bank on multiple fronts find it too burdensome to shift several accounts from one bank to another.

"So there is a lot of focus on wallet share, on getting the most out of every customer," Cardenas said.

"Banks also reported having experienced stronger demand over the past three months, on net, for many more loan categories" than they did in a previous survey conducted in April, the Fed said.

"[W]hat we have seen in the second quarter gives us reasons to be optimistic that we're going to continue [to] see growth at around [second-quarter] levels in the second half of the year," CFO Marianne Lake said, according to a transcript.

The company has witnessed "generally better sentiment, generally better utilization rates, generally higher pipelines," Lake added. "The phones are ringing. It's across geographies. So it just feels like the environment is conducive for us to continue to be able to add. … So it's our belief that we'll have strong [year-over-year growth] in the second half, but we are still in the early stages of seeing that happen."

"We had strong and broad-based loan growth," John Stumpf , Wells Fargo & Co. chairman, president, and CEO told analysts during a call after reporting second-quarter results in July. "While the economic recovery remains uneven, there are many indicators that economic growth is accelerating and we remain optimistic about the opportunities the recovery provides for Wells Fargo and for our customers."

"As I'm out talking with customers and talking with our team, there is … more optimism," Stumpf said. "I think consumer confidence is at a six-year high. It's not breakout, but we are having more discussions with more customers about buying homes, buying autos, investing in infrastructure if you are a business, buying something. … We're in the real economy and there are certain sectors of the economy that are doing very well."

The single-digit loan growth posted by the likes of JPMorgan and Wells is hardly blockbuster, of course. But if it represents the beginning of a trend for the big-bank group, it would mark a favorable start, observers say.

"So the numbers for a Wells Fargo, for an example, actually are pretty solid," Sam Pappas, president and CEO of Mystic Asset Management Inc., told SNL after Wells reported earnings.

Pappas noted that net interest margins remain under pressure in an environment defined in large part by heavy competition and low interest rates. But he said the fact that big banks are showing loan growth and talking positively about both their pipelines and the economy at large provides reason for optimism.

"You are seeing good improvements," said Pappas, "and that's important."