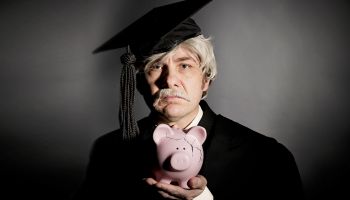 Student loans have turned into a multi-generational “ouch,” and “sharing the debt,” rather than the wealth, may be going beyond educational debt.

The trends behind this statement, discovered in research by TransUnion, hold some worrisome, atypical new implications for lenders. At the same time, they also hold some potential for expanding lending, prudently.

TransUnion has been studying many aspects of the consumer credit markets over the last few years, to see what’s evolved and to explore opportunities for lenders by slicing and dicing market data drawn from the company’s voluminous credit files—20 million+ consumers’ records were studied. A new focus on age versus credit usage and need has brought some interesting post-recession trends to light, according to Charlie Wise, one of the authors of TransUnion’s study and vice-president in the firm’s Innovative Solutions Group.

“The mortgage crisis and recession had a profound impact on the country, with many consumers still feeling the effects today,” says Wise.

Overlap among youngest and oldest

Wise says that the recession had lasting impacts on the extreme ends of credit users—consumers in their 20s and consumers 60 and older.

While the effects have been very different, there is also some commonality.

Here’s how: Wise says TransUnion believes that with unemployment remaining high for the last six years, many 20-somethings have looked to the older generations for financial assistance.

TransUnion’s analysis included the following credit types: mortgages, home equity lines of credit, auto loans; credit cards; and educational loans. The company refers to these forms of credit as “the big 5,” according to Wise. While the study focused on the 20s and 60s groups, Wise adds that much is going on in the in-between groups as well.

TransUnion’s concept of a credit “wallet” means the mix of debt a person or a group of people typically carry at a given age.

Let’s look at the study’s findings about the two groups. TransUnion focused especially on debt wallets in 2005, a pre-recession period; 2009, during the crunch; and 2014, the emergence from the recession.

This generation pretty much got walloped by the recession and the rising cost of an education.

Meanwhile, reflecting employment and mortgage market difficulties, both mortgage share of wallet and credit card share of wallet have fallen for this group. Wise points out that post-recession, mortgage lenders are less likely to make home loans to consumers with less-than-prime credit.

“It looks like student loans are crowding out mortgages,” says Wise, “though it may be more nuanced than that.” TransUnion is continuing this study in a second phase.

And while this group’s prime borrowers have increased its access to credit cards over the last decade, average card balances for 20-somethings have dropped significantly.

As TransUnion points out in its research, the American population is aging rapidly, so that by 2025, just a bit over a decade away, one in three adults here will be 60 or older and only 16.3% of adults will be in their 20s. By contrast, in 1980 only 23.1% of adults were in their 60s. Age continues to be the main determinator of income and wealth—and credit eligibility.

Typically people in their 60s have tended to reduce their borrowings, but this is changing.

Furthermore, people in the 60+ group are running higher debt balances overall today than in 2005.

The 60+ group has been the only age group to increase its mortgage share of wallet since 2009—at an age when people used to get their home loans paid off. In addition, even credit card borrowing by this segment has been rising.

Wise says one reason for continuing mortgage borrowing may be the need to supplement limited income due to poor returns in these years of low interest rates and mediocre investment returns. That, and the need to borrow to help support children and grandchildren still suffering the impacts of the recession, and the impact of rising student debt.

Indeed, this, according to Wise, is where the two groups are seeing their commonality. He says that 48% of borrowers 60+ are co-signers on student loans.

“It’s become a very real obligation for these seniors,” says Wise. They are both borrowing directly to pay for the younger generation’s education through student loans, or are borrowing through other channels to pay part of that generation’s student loan indebtedness.

This is a concern for lenders overall, a wrinkle not seen before. However, there are also implications for growth in portfolios.

“The good news for lenders is that there is a vibrant population of borrowers in their 50s and 60s today,’ says Wise. Many of these borrowers have prime credit status, making them a decent risk for lenders.

“Older consumers,” says Wise, “may still have a lot of borrower capacity.”

While there is potential loan growth here overall, you still have to collect.

Notes Wise: “Rising debt levels by older consumers could lead to increased default rates if they are unable to meet higher loan payments with their often fixed incomes. This development certainly bears watching over the next several years.”