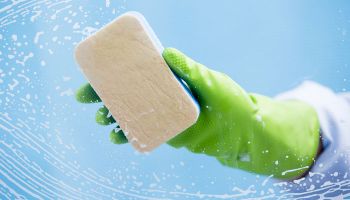 The delinquency rate for home loans continued its steady decrease in the third quarter, dropping to 3.36%, according to TransUnion. While the overall rate hasn’t yet dipped to pre-recession normal levels, the rate continued to approach those levels for the eleventh straight quarter.

TransUnion also reported that while the overall figures reflect the impact of loans that remain in the foreclosure process from the last of the financial crisis, newer credits look even better than the overall trend.

“Recent mortgages have been squeaky clean,” says Ezra Becker, vice-president, Research and Consulting—Financial Services at TransUnion. He emphasized that even the overall numbers are coming closer to normal delinquency levels. He credited this to improving home price levels and declines in unemployment rates.

An additional factor, relating to the clean record for post-recession loans, is continuing conservatism by lenders, according to Becker. “The lessons of the recession have been well learned,” says Becker. “It’s a very different world now from that of 2006-2008. I doubt that lenders will forget those lessons nor do I think their regulators will let lenders forget those lessons.”

Some of this reminding has been in the give and take between regulators and the regulated, but Becker also believes that the Consumer Financial Protection Bureau’s Qualified Mortgage and affordability guidelines have played a role in underwriting conservatism as well..

In addition, with secondary market providers Fannie Mae and Freddie Mac aggressively putting back troubled mortgages to lenders, he says, bankers have worked to produce credits that won’t wind up back in their laps.

Becker notes that delinquency figures for consumers under 30 have fallen significantly, but he qualified this. He points out that very few qualify under the industry’s currently strict standards. He suggests that as the economy improves, lenders will be more open to younger borrowers.

Geographically, all 50 states and Washington, D.C., saw declines in delinquency rates in the third quarter. The greatest falls were seen in Nevada, Florida, and California, three among the states hardest-hit by the crisis. 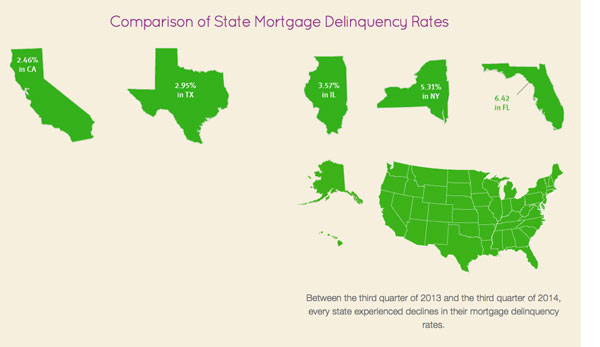