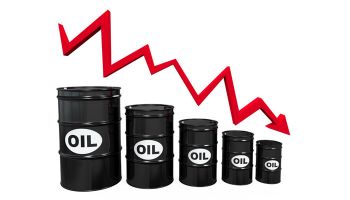 While the Street is certainly concerned that the rapid decline in oil prices will negatively impact many banks, many people believe the fears could be overblown.

Banks in states that have benefited from an energy boom have seen their stocks come under significant pressure. However, analysts say that many community and regional banks have little direct exposure to energy lending, leading them to believe that the plunging price of black gold is likely to slow loan growth but not produce notable credit losses.

Bankers and economists also noted that the Texas and Louisiana economies are far more diverse and resilient now than in the late 1980s, when falling oil prices helped lead to a sharp recession.

Dr. Loren Scott, president of Baton Rouge, La.-based Loren C. Scott & Associates, which provides economic consulting and forecasting services, said that the oil and gas sector is far different now than in the 1980s, when there was no restraint and "anybody and their grandmothers" got into the business.

Since then, the industry has endured several swings in prices and now runs leaner. Lenders have also become much more cautious, he said.

"This will be different," said Scott, who also serves as professor emeritus of economics at Louisiana State University.

Impact being felt on stocks

Still, banks that operate in the oil-rich states of Texas, Oklahoma, and Louisiana have seen their stock prices come under significant pressure.

Some of the selling has come as oil prices fell to levels that many bankers have said would mark cause for concern.

"Though the regional economy remains relatively strong with low unemployment rates in Texas and Louisiana, the backdrop of falling oil prices does give us some concern if these low prices remain entrenched over the long-term as discussions with management teams in the past have indicated that pricing in the low-to-mid $60 range could imply decreased investment activity and potential for a slippage in overall economic activity if projects are curtailed or canceled," Drexel Hamilton analyst David Bishop wrote in a Dec. 1 report.

Analysts reviewing the recent sharp decline in oil prices have tried to put the issue in context. They have cautioned against painting all banks with exposure to the energy sector the same.

The sell-side community does not seem fearful that falling oil prices will result in material credit losses for banks, but has acknowledged that the recent plunge could slow loan growth for some.

Analysts have noted that the nation's biggest banks and foreign banks have historically been the primary lenders to larger energy-related borrowers. Small and mid-cap exploration and production companies do use bank lines of credit to primarily fund their operations, but analysts noted that banks typically lend against proven cash flows associated with oil and gas properties.

The Raymond James bank analyst team hosted a conference call and published a lengthy report on the issue, explaining how energy lending works and what the decline in prices could mean for banks.

The team noted that banks calculate the present value of future oil and gas profits and usually apply a 10% discount rate to those cash flows. Banks also generally require producers to hedge production out to 12 to 24 months to remove variability and risk from their underwriting assumptions.

Raymond James analysts said that process should "alleviate" some risk in the near term, but noted that operators rarely hedge 100% of production to provide some operational flexibility.

Raymond James analysts further noted that many banks have hired in-house engineers to help with underwriting. The analyst team said that the bank engineers use the drilling plan, reserve report, and the institution's internal price deck—the price of oil and natural gas used in underwriting assumptions, which generally equates to 80% of current futures strip—and then apply a discount rate to underwrite the credits.

Banks also typically offer an advance rate on these loans of 60% to 65%, creating an additional "layer of conservatism," the analysts said.

If banks want to reinstitute caution, they would need to use an oil price that is 25% to 30% lower and a natural gas price that is 15% to 20% lower, the analysts said.

"While the average oil price deck used in energy underwriting is currently above the strip, this does not mean that every energy loan is going to go sour," Raymond James analysts wrote in the Dec. 2 report.

Drop may not ruin drillers

The Louisiana-based economist Loren Scott agrees and noted that many exploration and production companies could still breakeven on their projects even if oil prices fell lower.

Scott noted that activity could slow significantly in the Tuscaloosa Marine Shale Play (TMS) in Louisiana, where he said the breakeven point for drilling is far more expensive because the play is deep and the ground muddy, creating problems when fracking.

However, he noted that there is not much activity in the TMS and the cost of drilling in more mature plays such as the Eagle Ford Shale and Permian Basin are much lower, with a breakeven point for oil prices in the low $50s. The same is true for drilling in the Gulf of Mexico, meaning that development in Houma, New Orleans, and Lafayette, La., should not slow that much, he said.

Scott added that the planning horizon for drilling in the Gulf of Mexico is long and that the recent dip in prices is unlikely to alter plans made years ago.

The economist further noted that Louisiana and Texas both currently boast a "booming" chemical industry, buoyed by a wealth of cheap natural gas, plenty of water and avenues to transport bulk products cheaply through the Mississippi River and the Gulf of Mexico.

Scott said the demand for chemicals across the world has not picked up that much. However, he added, the Gulf South economies have increased market share substantially because natural gas prices in the U.S. have dropped drastically in recent years, while holding firm in Europe. The result has been a substantial increase in industrial expansion in the area.

Scott noted that industrial announcements in Louisiana currently exceed $100 billion—roughly 20x the amount the state would have boasted 10 years ago.

"It's the mother of all industrial expansions. And pretty much the same thing is happening in the Southeast corner of Texas," Scott said.

Texas also boasts strong population growth, in part due to expansion of the fracking business. Texas has managed to attract a number of corporations to relocate in the state in recent years as well, leaving the economy less dependent on energy than 30 years ago.

The diversification, coupled with prudent underwriting, gives the sell-side community reason to believe that the oil shock would not produce significant credit issues for banks. Even if the decline could slow loan growth for banks in the region, several analysts believe that the recent selloff in some bank stocks is simply overdone.

FIG Partners analyst John Rodis, for instance, upgraded shares of Prosperity Bancshares Inc. on Dec. 1 given recent weakness in the stock. While shares have fallen 11% in the last two weeks as oil prices came under pressure, Rodis noted that Prosperity's direct energy exposure is manageable at just 6.9% of outstanding loans. He echoed other analysts, noting that while a slowdown in the energy sector would negatively impact the Texas economy, the state's economy is more diversified than in past cycles.

Sterne Agee & Leach analyst Brett Rabatin struck a similar chord. He said that the reaction to falling oil prices is overdone in a few cases with Texas banks.

"Texas still looks good, but it clearly being the place to be could reduce out-of-state interest in being a buyer of franchises in the state. Nonetheless, we have heard of increased activity potentially happening in the $500 million to $1 billion range. Oddly enough we are fairly bullish on M&A activity increasing despite all the market concern about energy," Rabatin wrote in a Dec. 2 report.