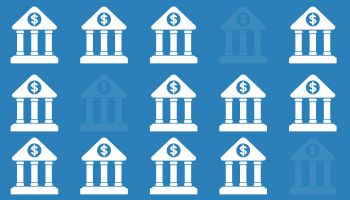 Bank of America Corp. Chairman, President and CEO Brian Moynihan finds himself on the front lines of a long march toward branch consolidation.

The executive says branches remain relevant, but that the Charlotte, N.C.-based banking giant needs fewer of them even as it continues to grow deposits. Customers, he says, echoing bankers across the country, increasingly prefer to do more of their routine banking business online or via mobile devices. So BofA must keep pace with this secular shift and meet its customers where they are choosing to operate.

"You can see in the mobile banking area," said Moynihan by way of example, "that we've developed up to 16 million-plus customers. That's 2 million more than when I was here last year, and we added 30,000-plus last week." Moynihan made these comments while presenting at a December conference in New York.

Total branches fall by over 16% in five years

Factor in the added motivation to continually trim costs in an era of lofty regulatory and legal expenses, and it is easy to understand why Moynihan and company are closing branches in favor of more efficiently processing customer transactions online. BofA's branch count comfortably exceeded 6,000 five years ago; today it is below 5,000, Moynihan said.

"When you look at the banking centers, what gives us the ability to take the banking centers down is the amount of transactions that moved to automated means," Moynihan continued. "We have 130 million customer and consumer interactions a week, 7 million in a branch. The branches are still important to what we do, obviously. But the key is, how do you optimize all that cost structure, especially the mass market? And you can see we've made great progress in that area."

BofA also has closed more branches in the fourth quarter to date than any other. Its branch network is down by more than 50 this quarter.

Moynihan touted the benefits of those efforts.

"[T]he efficiency ratio has dropped from 57% down to 53% over the last couple of years. Now, we've done this by listening to our customers and continuing to develop products and capabilities" they can use online or in settings other than traditional branches, Moynihan said.

"[O]perating cost as a percent of deposits is the way we measure success for our core consumer business in terms of how efficient it is. We've got about 200 basis points of all the operating costs in the platform as a percentage of the deposits" — down from about 300 basis points roughly five years ago — "and we think that leads the industry," he added.

And, concluded Moynihan, "we've grown deposits while we've reduced the cost of deposits." 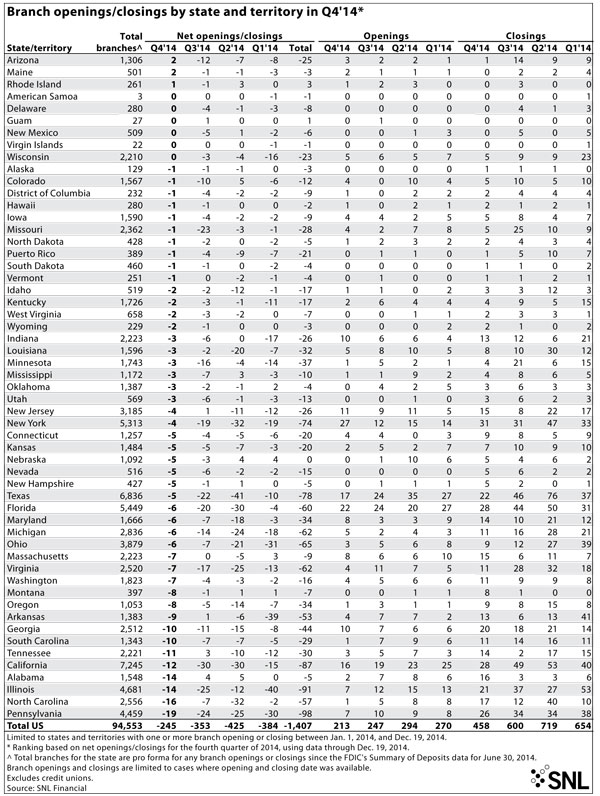 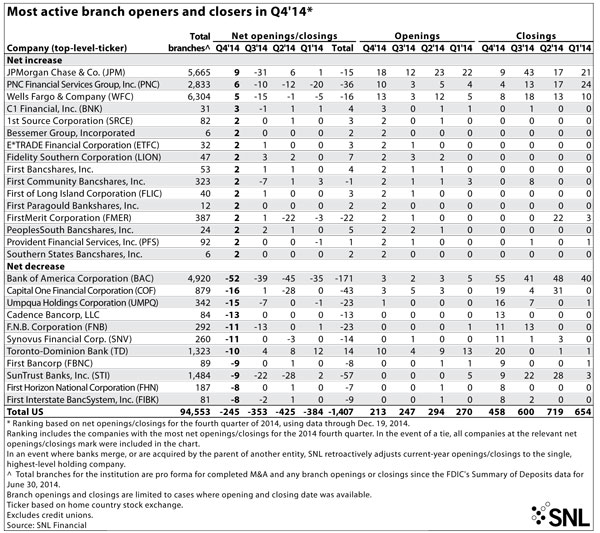