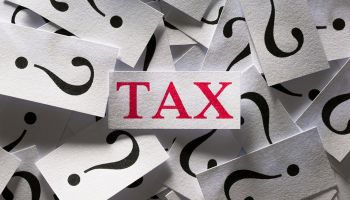 A tax aimed at curbing risk-taking by financial institutions has seemingly little vocal support from the Obama administration, which proposed it, and one opponent said the proposal is "dead-on-arrival" as far as Congress is concerned.

The proposal, contained within the 2016 budget released by the Administration Feb. 2, concerns a tax levied on large financial institutions with $50 billion or more in assets.

"This fee will complement other Administration policies aimed at preventing future financial crises and making the economy more resilient," the proposal said. "Even with the end of 'too big to fail,' excessive leverage still creates risks for the broader economy. Alongside capital requirements and other tools that help rein in excessive leverage, a financial fee would improve economic stability by attaching a direct cost to leverage for large firms."

The 7-basis-point tax would impact about 100 financial institutions and net $112 billion over 10 years, according to a release from the White House, which did not respond to calls and emails. The U.S. Treasury Department said the fee would affect domestic and foreign banks, as well as bank holding companies, insurance companies, savings and loan holding companies, exchanges, asset managers, broker/dealers, specialty finance companies, and financial captives.

Who would be hit?

SNL analyzed financial institutions with more than $50 billion in assets that could potentially be exposed to the tax proposal, including 28 top-tier banks and thrifts; 23 GAAP-filing nonbank financial services institutions; and 25 GAAP-filing insurance institutions. SNL calculated the estimated applicable fee for each company by applying the Treasury's criteria for covered liabilities to financial data as of Sept. 30, 2014. The analysis excludes financial services and insurance companies that do not file GAAP statements.

"We're encouraged by the reaction on Capitol Hill that the proposal is dead-on-arrival. We appreciate that a number of members of Congress are looking at it in the way we are," said Payson Peabody, managing director and tax counsel at the Securities Industry and Financial Markets Association. "We think that a special sector-specific tax on financial institutions is the wrong way to go."

Peabody said the tax would limit access to credit. "It would essentially raise the cost of saving, lending and borrowing. It could lead to higher cost of home mortgages, auto loans or saving for college and would put U.S. companies at a competitive disadvantage compared to international competitors," he added.

Financial Services Roundtable CEO Tim Pawlenty shared Peabody's and others' concerns that the policy would limit access to credit.

"It adds costs to what would otherwise be lending for homes and new businesses and the like," Pawlenty told SNL. "There are lots of ways to address concerns about banks, but this tax doesn't seem to be associated with any of those concerns; it is just kind of a general tax."

Consumer Bankers Association President and CEO Richard Hunt said in a statement that "it is time to end the demonization of banking. Hamstringing banks via a punitive tax will only squeeze consumer credit and harm our already shaky economic recovery."

While the proposal strikes a sour note with the financial sector and its supporters, the administration has been relatively quiet on the subject.

However, Treasury Secretary Jack Lew did mention the proposal during his prepared remarks before the House Ways and Means Committee on Feb. 3, saying that the fee would discourage excessive borrowing by large financial institutions.

When asked during the hearing if the Treasury had studied the effects of the fee on cost of credit and its impact on families and business, Lew dodged the question, saying that the administration looked at a "percentage impact," but changed gears to say the tax is a "fairly small fee in terms of size" and that it is "designed to have an effect to be complementary to the reforms we've made."

"This would make it a little more costly to have leverage, but it would not make it prohibitively costly," he said. He added the fee would be offset by benefits to financial firms proposed in the budget.

An across-the-board solution offered by the administration could force banks to reduce their leverage with a tax, according to Peabody, but it does not address the real problem of over-leveraging, which he said would be better tackled by regulators.

"It's kind of throwing up your hands and saying that this whole edifice of financial regulation is not working and therefore we need to just propose this draconian across-the-board rule and cut back everyone's leverage in the U.S.," Peabody said. "That would clearly have inefficiencies and those inefficiencies would raise the cost of capital for Main Street and for individuals … and would indirectly hit large and diverse parts of the economy."