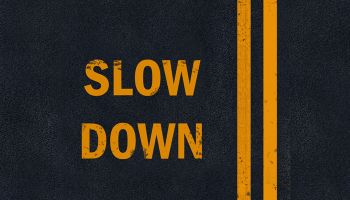 Being financially sound and having good credit quality are obviously critical for banks that are seeking regulatory approval to do M&A deals, but that is often not enough. Some deals today are also being slowed down as regulators work to ensure that acquirers have not just a compliance focus but a culture of compliance.

Regulators are looking to see that policies and procedures are not just in place but that they are being followed, Commerce Street Capital managing director C.K. Lee told SNL.

"What we're hearing is that a lot of what the regulators are concerned about is culture and staffing," Lee said. Regulators are checking to see if acquirers are set up organizationally to deal with the "new world" of heightened responsibilities around issues such as Bank Secrecy Act and anti-money laundering regulations.

Lee said he has heard anecdotally about discussions around staffing levels too. A bank that might have 15 people in the compliance department might be told by regulators that it needs twice that number or it would not be organizationally prepared to deal with a challenge should it arise.

"It's making sure that you can demonstrate to the regulators that you get it—that we're in a new era—and that you're set up organizationally to deal with the requirements and responsibilities of that new era," Lee said.

Lee said the challenge for the banks is that much of that area is subjective and there is no clear road map to success. He said many banks are coming up short in that analysis. "Objectively, they might be doing all the right things, but the regulators just don't feel comfortable with it," he said.

Lee said the regulatory hold-up in the pending deal between M&T Bank Corp. and Hudson City Bancorp Inc. is causing some to believe such a delay—although much longer than most—might not be so unusual. He said Commerce Street recently saw two of its deals hit with significant delays due to regulatory concerns. "I think it's happening all over the country," he said.

CRA and more also have impact

Other factors that are slowing deals down include concerns around the Community Reinvestment Act and the Home Mortgage Disclosure Act. Lee said regulators want to ensure that acquirers are lending enough to all groups within a metropolitan statistical area, and if there is any factoid that can be extracted from the data that is unflattering, delays can result.

During Commerce Street Capital's bank conference this week in Irving, Texas, Commerce Street Capital managing director Eric Rosiak told SNL that as banks look to grow, especially through acquisitions, regulators are now seeking a full strategy as to how CRA lending investments will be impacted before they grant approval.

Banks interested in doing M&A deals need to have someone running the point on CRA. But there should also be a committee working on a plan around CRA to show regulators a specific outline detailing how CRA levels will be at the same level or higher after the deal, Rosiak said.

Rosiak added that while regulators always want banks to be in CRA compliance, M&A is a time when banks are seeking permission, so it is natural that regulators will take a close look at those issues "and if you're on the border line or not sufficient they're definitely going to take issue with that." With more transactions in progress and CRA being an issue that some banks have not addressed properly, it is only natural that those issues will be converging more frequently now, he said.

Commerce Street's Lee said smaller transactions are less likely to be stalled and thus regulators can point to an average deal closing time that is not out of line with historic norms. "The sum total of all of this when it comes to larger transactions is that we should expect delays," he said.

Many traditional acquirers in the last couple of years had to go through the regulatory "carwash," which slowed down M&A in general but has allowed those companies to emerge better equipped to get back to doing deals. Lee pointed to a bank such as Tupelo, Miss.-based BancorpSouth Inc. as one that could have done a few more deals recently. The bank was unable to, however, as it was dealing with a consent order.

"These national consolidators have been held up, but as they get scrubbed and they come back into the M&A market, we may see another little burst of activity," Lee said. "It's not a permanent thing but it is a hiccup."