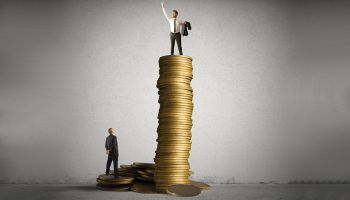 For the first time ever, the affluent population of the United States has more Generation Xers than baby boomers, signaling a generational changing of the guard, according to the 2015 Ipsos Affluent Survey.

According to Chief Insights Officer Stephen Kraus, “We are seeing a true changing of the generational guard in the affluent population. Long overlooked and underestimated, Gen Xers now outnumber boomers among affluents.”

In marking its 39th consecutive year of studying the lives and lifestyles of financially successful Americans, the study details the $2.7 trillion dollars in annual consumer spending by affluents, with the largest expenditure categories being (in order) automotive, home/garden, personal insurance, travel, education, and electronics. Affluents own and use a wide range of brands, from mainstream to luxury, and shop widely across the retail spectrum—online and offline, and at both mass outlets and luxury boutiques. Affluents display a strong value-orientation (79% agree, “Good value for the money is more important than price”), but also express a willingness to pay a premium for quality across a variety of categories.

Among Gen Xers, the data reveal that this generation is not only the largest generation of affluents, but is less monolithic than some might expect. Across many measures, younger Xers act more like millennials, while older Xers are psychographically more similar to boomers. In particular, age 40 appears to be something of a tipping point. Xers under 40 are far more interested than older Xers in social media, entertainment trends, and organic food. For example, 74% of younger Xers “prefer to stream music online instead of buying CDs or downloaded music,” compared to just 45% of older Xers.

Baby boomers may have lost their spot as the largest generation of affluents, and rarely generate the buzz of younger generations. But the survey reveals boomers remain a critical target for media and marketers in many respects. For example, boomers who responded to the survey reported a median household net worth of $913,000, far surpassing the $552,000 of Xers and the $516,000 of millennials. (Although seniors comprise only 5% of affluents, they have even higher net worth—a median of $1.42 million.)

Evan Borak, senior vice president of Ipsos Connect, and head of its Audience Measurement Group, concludes: “One-fourth of the U.S. population now holds three-fourths of the net worth, making this segment more important to media and marketers than ever before.”