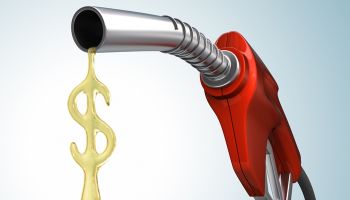 A little more than a year ago as oil prices were dropping steadily—and dramatically—I wondered how some of my old banking friends and colleagues in Midland, Texas, were faring. It has been interesting watching the current situation play out locally and nationally, through the filter of experience and history.

My bank, First National of Midland, Texas’ largest independent bank, was shuttered by FDIC in October 1983 as a consequence of a precipitous drop in oil prices.

The high of nearly $41 a barrel during that price cycle in the 1980s occurred a year before the bank’s closure. The price at closure had fallen to about  $30. That was enough difference to make many deals in that highly capital intensive industry uneconomic.

My assumption last year was that history would likely repeat itself. I had concluded over the last economic cycle that bankers’ lessons usually don’t stay “learned” for very long. What I heard, and wrote about at the time, was a pleasant surprise. Most senior managements of community banks in West Texas are veterans of the 1980s and much better prepared for a significant drop in prices.

While Midland, a city of about 125,000 midway between Dallas and El Paso, is feeling the impact of low oil prices today (approximately $30 compared to a high of $103 18 months earlier),  the banks are reportedly managing their way through this period reasonably well.

The impacts of lower prices are having their anticipated effects owing primarily to the concentrated nature of local business throughout the trade area. That’s unavoidable in most community bank markets.

But the banks have insulated themselves from the worst of the local impacts by managing concentrations carefully; avoiding large exposures to businesses with short or checkered operating histories; and in general running a conservative book of business overall.

And very importantly, a large portion of the funding for oil and gas exploration in the current cycle has come from non-banking sources.

In Midland, that’s often referred to as “New York money.”  The rest of us can categorize it as “hedge fund money.”

No nerve fails to radiate pain

Yet the slump in oil prices, now in its 17th month, is creating broadly based discomfort, if not outright pain, in diverse industries and geographies nationally and internationally.

In the early phases of the decline, business commentators such as those many of us watch on CNBC, were speaking optimistically of the benefits of an oil slide. They pointed to individual consumers of lower gasoline prices and home heating costs and to industrial users where hydrocarbons are a significant component of their cost of sales.

While that is true, it has become only a small part of the evolving story.

The very deep declines so far are causing layoffs at energy companies. According to various reports in the financial press, estimated energy industry job losses worldwide have exceeded 250,000, with many more expected as this year progresses. There have also been drastic reductions in capital spending by American producers approximating half the 2014 levels.

There are historically narrow volume spreads between new petroleum sources and demand for product needed to maintain price equilibrium. Small increases or decreases of either supply or demand can create significant shifts in market prices for oil and its many derivative products such as gasoline.

Oil plays out on the global stage

Domestically, supplies of hydrocarbons have expanded significantly in the last four or five years with the successful application of horizontal drilling techniques and fracturing of shale rock formations.

This is new technology and the success of such techniques is producing an international market environment where the U.S. will very likely be “energy independent” within the very near future.

But this fundamental shift has generated problems of a geopolitical nature among countries that historically had large petroleum surpluses to sell into international markets. These countries, such as Saudi Arabia, Venezuela, Russia, and dozens of smaller ones have national economies that depend heavily on the sale of oil.

Significant disruptions to the economic underpinnings of these states, not all of which are allies of our country, are expected to result, with potentially profound impacts. These are likely to include economic damage to local economies and political instability with the potential for regime change.

While these impacts would not necessarily be adverse to our own national interests, they have the potential to inject fresh elements of instability and uncertainty in world affairs.

These could have consequential impacts on our own domestic spending, including such items as national defense. We should also experience improvements in our balance of payments from reduced imports of petroleum products.

Perhaps the biggest elephant in the room is the economic slowdown that is underway in China, the world’s most populous country. The recent economic slowdown has worldwide ramifications on the level of economic activity of all industrialized countries in coming months and perhaps years.

What began several months ago as welcome relief from years of high gasoline prices has since morphed into the potential for major change in world wide political and  economic conditions.

Note that there are few economists who foresee many positive developments resulting from these possible changes.

Eventually, world oil supplies will be rebalanced with world oil demand and consumption. But when will that be?  And at what price per barrel of oil will that occur?

For community bankers, these developments seem a long way from day-to-day concerns. Yet in a world connected in so many ways, all of us will share to an extent in the effects of these various factors most of which are presently unpredictable.

The big lesson though for all of us is the importance of watching for and keeping up with significant changes in our banks’ external conditions.

I’ve said before that successful bankers today must be both cautious and curious.

Perhaps that means that there are now seven Cs of Credit.

More in this category: « Looking at big-bank breakup idea Making friends, making customers »
back to top