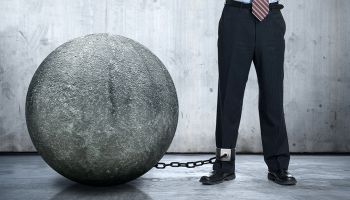 The cost of complying with the liquidity coverage ratio has been evident over time, and likely will continue to present a headwind to banks subject to the provision, even if proposed amendments could offer them some relief.

Banks subject to the LCR have worked toward compliance in recent years by building HQLA balances, which generally are lower-yielding securities. Compliance with the rule has weighed on the LCR banks' security yields, and accordingly, their net interest margins.

While many, if not most, of the securities purchased when interest rates were higher are no longer on institutions' books, LCR banks have seen their security portfolio yields compress fairly significantly when compared to the benchmark 10-year Treasury.

The LCR surfaced in proposed form the following year, and many institutions began working to comply with the provision shortly thereafter. At the end of the fourth quarter of 2015, the two groups of LCR banks reported median security yields that were 19 basis points and 16 basis points, respectively, below the 10-year Treasury yield, even though the yield on the benchmark note only rose modestly between year-end 2012 and year-end 2015. 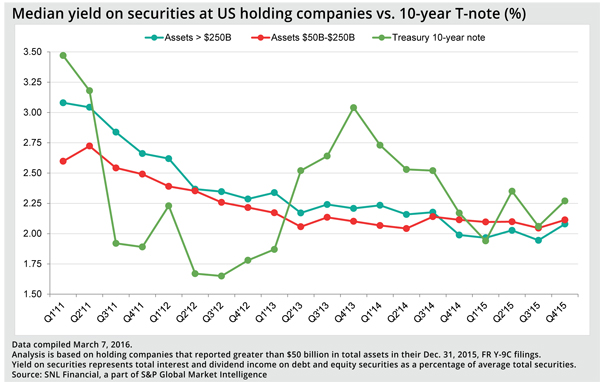 Bankers sound off about LCR effects

Executives at the nation's biggest banks have not hesitated to call the LCR onerous. Members of the Federal Advisory Council, which is composed of 12 banking industry representatives from each Federal Reserve district, shared that view with the Fed during a regular meeting in early February.

The members of the council, which included Wells Fargo & Co. Chairman and CEO John Stumpf, Morgan Stanley Chairman and CEO James Gorman, and BB&T Corp. Chairman, President and CEO Kelly King, said at the meeting that the LCR is one of the greatest regulatory pressures facing larger banks.

"From almost every perspective, the newly imposed liquidity standards pose a bigger challenge to the industry than even the Basel III capital rules. LCR remediation requires adjustments at the corporate level, the line-of-business level, and even the product level," the council said, according to a record of the meeting.

The path to LCR compliance is fairly well understood, but the cost is real. New York Community Bancorp Inc., for instance, just recently moved above the $50 billion asset threshold and will jump well above that level when its pending acquisition of Astoria Financial Corp. closes. The company's average yield on securities and money market investments was 3.68% in the fourth quarter, compared to a median of 2.11% at banks with assets between $50 billion and $250 billion.

Piper Jaffray analyst Matthew Kelley pegged New York Community's core yield at 3.20%, which was still far higher than peers. The analyst believes that yield could come under pressure as the company moves toward LCR compliance.

"Management has acknowledged they have some work to do on the LCR front but has been very tight on any details. The company's securities yield of 3.20% is almost 100 bp higher than regional bank peers. Over the next several quarters we believe the company will be forced to re-mix the existing securities book or add new LCR compliant assets (by possibly raising [preferred] capital). Either way, we suspect there will be some pressures on income," Kelley wrote in a report reviewing New York Community's fourth-quarter results.

Compliance with the LCR requires banks to hold at least 60% in Level 1 HQLA. Those assets receive no haircut under the provision and consist of reserve balances, Treasurys, securities issued or guaranteed by U.S. government agencies as well as securities issued or guaranteed by a foreign government or central bank that have zero percent risk weight under regulators' risk-based capital rules. These securities are considered less risky and by their nature generally carry lower yields. 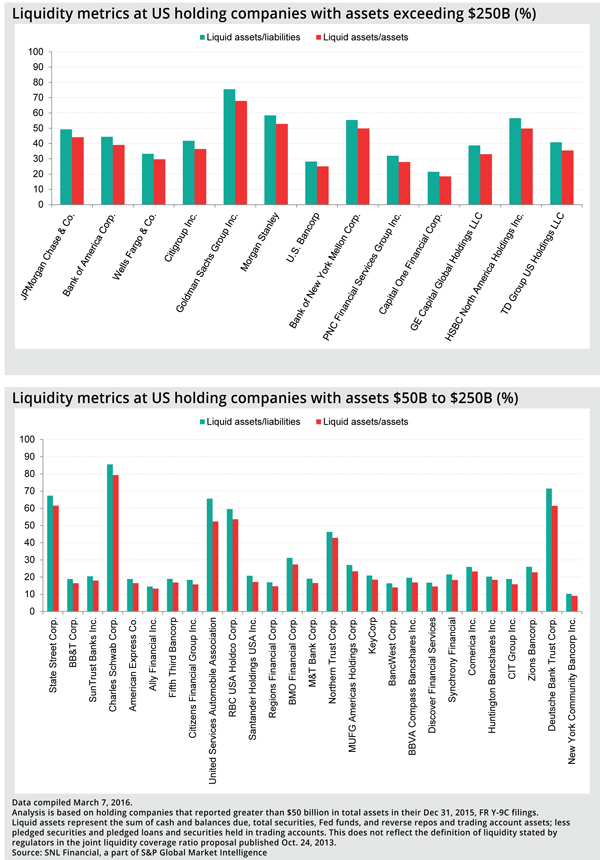 Looking at proposals for LCR changes

The LCR excluded municipal securities from HQLA, but there is an effort to change that designation. The House passed a bipartisan bill in early February that would require bank regulators to count munis as level 2A liquid assets under the LCR.

Regulators have said that they did not include munis in the original rule due to concerns over the securities' liquidity in a stressed situation. The Fed, however, has proposed to amend the rule to allow some investment grade, general obligation U.S. state and municipal bonds to be counted as HQLA if they meet the same liquidity criteria that applies to corporate debt securities.

That inclusion could offer LCR banks some opportunity to pick up yield in their investment portfolios, even though the search for yield in the market has compressed spreads on munis. LCR banks already have sizable muni holdings, with those securities equating to 6.64% of their securities as of the fourth quarter of 2015.

However, changing the definition of HQLA to include munis will not relieve banks subject to the LCR of its full burden since the provision also covers funding. The LCR treats retail deposits far more favorably, assigning slower outflow rates to those funds. And the impact of that designation has already been partially felt in the market.

Members of the Federal Advisory Council stressed during their February 2016 meeting with the Federal Reserve that the LCR's unfavorable treatment of commercial deposits has encouraged institutions to shed those funds.

"In addition, by effectively devaluing the deposits that commercial customers provide, more deposits are being pushed off bank balance sheets into off-balance-sheet funds. A lack of systemic diversification in funding and collateral could lead to numerous other concerns, including the possibility of high-quality liquid assets becoming less liquid or their pricing becoming more volatile, distorting the demand-and-supply characteristics for U.S. Treasuries," the council argued, according to the record of the meeting.

Regional banks have touted the opportunity to pick up commercial deposits pushed out by LCR-banks, and some still see further opportunities to acquire those funds.

BankUnited Inc. management shared that view during recent investor meetings, according to BMO Capital Markets analyst Lana Chan. The analyst noted in a report reviewing those meetings that some LCR-banks such as JPMorgan Chase & Co. have aggressively worked to move those deposits off their books, but other universal banks like Bank of America Corp. and Citigroup Inc. still have much more work to do. That could create opportunities for banks like BankUnited to selectively add those accounts.

"[M]anagement thinks the divestiture of non-LCR-friendly deposits by the large banks is still in the early innings," Chan wrote in a March 14 report.

This article originally appeared on SNL Financial’s website under the title, "LCR one of the greatest regulatory burdens for big banks"