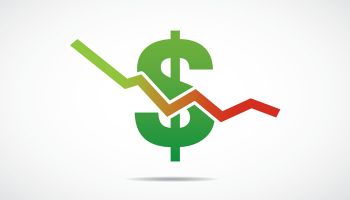 Regulatory headwinds and questions around the stability of funding sources were the key themes at a conference focused on digital lenders in San Francisco recently. Combined, the dynamics left many conference participants thinking several marketplace lenders would fail this year and increase pressure on lenders to tap bank capital.

At LendIt USA, a top conference for the emerging digital lending space, several speakers noted a more dour tone compared to years past. Market volatility in the first quarter means venture capital is less available, and private equity companies are not nearly as eager to launch funds buying loans originated by the new platforms.

"The money is not coming around as easily now. The best time to start a platform was 2013," said Don Davis, a portfolio manager for Prime Meridian Capital Management.

Davis and others welcomed the imminent failures since it will help the industry mature and expose companies with little more than a "me-too" business model trying to take advantage of a new industry. Chatter across the conference was that as many as 400 lending platforms now exist, more than double the amount just a year ago.

"The easy money is no longer here, and I think that is a good thing," said Peter Renton, publisher of Lend Academy, one of the leading organizers of LendIt USA.

However, Davis said he expects a very large marketplace lender to fail. He said the largest players, such as LendingClub Corp. and Prosper Marketplace Inc., have sustainable business models but that one just a little smaller could face trouble.

"There will absolutely be funds and platforms that go under. And it wouldn't be surprising if one was larger. They're not all going to be fly-by-night ones that just started yesterday," Davis said.

Another investor, Steven Herrup of Varadero Capital LP, was not as pessimistic. He said consumer credit remains healthy and should continue to perform well. Platforms do face a need to broaden and diversify their sources of capital, he said, but he expects the larger players to be able to do so.

"They [need to] start mixing and matching capital providers. Maybe it's their traditional hedge fund capital working with a bank to co-invest in loans, each taking the section of the risk that most naturally suits them. I think that's the kind of stuff that will have to happen," Herrup said.

As the industry matures, digital lenders will begin to look more like banks as they need access to regular, low-cost financing and regulatory burden reduces their advantages over banks.

"I think that convergence is already starting to happen where the tech side is getting a lot closer to the fin side, and as a result we're beginning to look and smell a lot more like banks," said Karan Mehta, head of capital markets for Marlette Funding, a marketplace lender.

Digital lenders are eagerly awaiting news of new regulatory burdens as agencies have taken an interest in the space. The Treasury Department has issued a request for information and the Consumer Financial Protection Bureau recently added marketplace lending to its online complaint portal.

Views of the potential regulatory burden varied widely among conference attendees. Some argue that digital lenders already need to abide by certain consumer protection laws, such as the Equal Credit Opportunity Act and the Fair Credit Reporting Act.

"It's the same level of regulatory burden. The FCRA and the CFPB applies to nonbanks as much as it does to banks," said Brent Fausett, vice-president of client services for LendFoundry, a firm that offers online infrastructure for digital lending. The firm currently only has nonbank clients because implementation is so much more difficult for banks, even small ones, Fausett said.

Beyond potential rulemaking from the Treasury or the CFPB, the industry is closely watching the Madden v. Midland case, which could undermine the very business models used by many digital lenders.

In order to avoid burdensome licensing requirements, some lenders will partner with a bank that can issue loans anywhere in the United States. The partnerships can also allow the digital lenders to avoid abiding state usury caps by relying on the bank's pre-emptive powers. The Madden v. Midland ruling called into question whether the bank's exemption should transfer with the loan. [Editor’s note: The Madden v. Midland case is currently with the U.S. Supreme Court on a writ of certiorari. A group of banking associations filed a “friend of the court” brief in December 2015]

In response, LendingClub altered its bank relationship to tie the bank's compensation with the performance of the loan.

During a panel focused on regulation, Brian Korn, a partner with Manatt Phelps & Phillips LLP, said investors have overreacted to the Madden case, avoiding loans originated within the jurisdiction of the Second Circuit court that decided the case.

"I think there is an almost zero percent chance that an existing loan is going to be deemed uncollectible because of Madden," Korn said.

Others were not as confident in digital lenders' ability to avoid regulatory burdens. It is very important that state agencies recognize the bank as the "true lender" of the loan for the business model to work, said Scott Cammarn, a partner with Cadwalader Wickersham & Taft LLP. LendingClub's change to its partnership with WebBank means the bank's compensation is tied to the loan's performance, but the bank does not retain credit risk.

"It's a spectrum, and where on that spectrum is enough is hard to know," he said.

In another session, a panelist extolled caution, advising digital lenders to avoid originating any loans that exceed a state's usury cap. Steven Lee, chief investment officer of MW Eaglewood Americas LLC, said lenders need to pay attention to the annual percentage rate, which includes fees, as opposed to the nominal rates borrowers pay. He said enforcement agencies, particularly those in New York State, will pursue anything with an APR over the cap as usurious, not just those with nominal rates over the cap.

"They're going to go after everything—just one more finance company on their belt," Lee said. "I'd like to see the platforms take the tack—and some of them have taken—which is, 'I'm not going to make that loan.'"