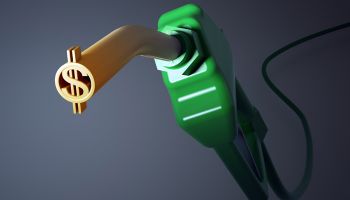 Bankers in oil-rich markets acknowledge there is stress in their energy loan portfolios, but they are holding firm that they have not seen contagion spread to other areas yet.

Oil prices have remained under pressure for nearly two years, falling close to 60% since their peak in the summer of 2014. Banks in the oil patch have seen their stock multiples erode during the same time frame as fears over their exposure to the energy sector and the possibility of contagion spreading to their local economies have weighed on investors' minds.

While the recent rebound and stabilization in oil prices have offered those banks some relief, investors remain skeptical that energy-related losses are in the rearview mirror and continue to wait for tail risk to emerge.

This much was clear during first-quarter earnings season and at the Gulf South Bank Conference on May 2 and 3, when analysts and investors asked many banks if they had seen stress in their energy loan portfolios expand to other segments of the balance sheet.

Bankers said there are some pockets of weakness in Houston and more energy-centric markets in the western and southern parts of Texas, but executives said they have not seen any signs of contagion spreading beyond their energy loan portfolios, at least yet.

"There hasn't been any contagion to speak of yet," Hancock Holding Co. President and CEO John Hairston said at the conference. He added that the company's Baton Rouge, La., and New Orleans markets are performing particularly strong, noting that the latter is far more diversified today than it was during the oil-led recession in the 1980s.

Executives from Houston-based Green Bancorp Inc. and Dallas-based PlainsCapital Corp., a unit of Hilltop Holdings Inc., agreed, saying at the Gulf South event that they have not seen any hints of contagion spreading from energy so far.

BancorpSouth Inc. Chairman and CEO James "Dan" Rollins III said at the conference that he has not seen much negative movement in the company's Texas markets. Like other bankers, he said Dallas and Austin, Texas, largely have not been impacted by weaker oil prices, while noting that he has seen some weakness and tougher real estate markets in Houston.

Barry Harvey, chief credit officer at Trustmark Corp., said his company had not seen contagion spread in its markets yet either. However, he said Trustmark is placing close attention to rent concessions or any signs of hesitancy among investors to move forward with existing projects.

Some bankers operating in oil-rich areas even expressed surprise that credit problems had not spread from the energy sector to other lending segments such as commercial real estate.

C. Keith Cargill, president and CEO of Dallas-based Texas Capital Bancshares Inc., said that even though the Houston economy is more diversified today than it was 20 years ago, he would have expected the prolonged decline in oil prices to more negatively impact commercial real estate. He said the office market in Houston has held up better than expected, and noted that industrial and retail real estate credits remain as strong as ever.

The executive said Texas-based banks deserve some credit for lending much more prudently in recent years than in past downturns, limiting advance rates on commercial real estate credits.

"Candidly, we've been a bit surprised, too," Cargill said at the Gulf South conference. "I think Houston has shown tremendous resilience."

Other Texas- and Oklahoma-based lenders told similar stories on their recent first-quarter earnings conference calls. Cullen/Frost Bankers Inc. Chairman and CEO Phillip Green said on his company's first-quarter call that the company has seen very little spillover from energy weakness into other sectors in Texas.

"We're not seeing much, if any, contagion in the portfolio right now," Chairman and CEO Phillip Green said on the call.  "You've got issues in the office towers. You've got subleases there increasing. There is some slowing in multifamily. Retail is extremely strong, still trying to catch up; single-family is doing well."

Prosperity Bancshares Inc. executives also noted on their company's first-quarter call that the Houston multifamily and office markets have experienced some weakness, and acknowledged that sublease space has increased in the area.

Even though there is more sublease space available, Prosperity executives said landlords are finding other businesses that previously could not afford higher-priced leases to occupy the space at discounted rates.

"The petrochemical, medical, and hospitality industries have taken up a lot of slack in the Houston and South Texas areas. I'm still amazed at the resiliency in the markets we serve," Prosperity Chairman and CEO David Zalman said on the call.

Even lenders with higher energy loan concentrations and significant exposure to not only Texas but Oklahoma as well have downplayed the risk of contagion.

BOK Financial Corp., which reported in the first quarter that more than 70% of its loan portfolio resided in Texas and Oklahoma, said it has seen little spillover from the energy downturn in its markets, with the exception of early signs of softness in the Houston real estate market, where shadow office inventory and price concessions on luxury multifamily housing have emerged.

"When we meet with investors from outside the region, they are surprised to hear this, as well as skeptical. To be honest, we would have expected to see more," BOK President and CEO Steven Bradshaw said on the call, according to a transcript.

Still, while BOK Financial and others seem optimistic at this point, they acknowledge that the longer oil prices remain under pressure, the greater the risk of contagion becomes. Energy companies have made considerable cuts to their capital expenditure plans already and are unlikely to increase spending now despite the recent rebound in oil prices, bankers said.

IBERIABANK Corp. executives said at the Gulf South event that exploration and production companies are operating more efficiently now and they expect them to hold the line on capital expenditures going forward.

Tradition of ups and downs

Many energy companies have already begun some significant restructuring, and more is expected to come.

F. Scott Dueser, chairman, president, and CEO of Abilene, Texas-based First Financial Bankshares Inc., said at the Gulf South conference that he grew up in the oil and gas business, noting that his father was a petroleum engineer. The executive said his family still owns his father's company, which he said is not immune to the downturn either. Dueser said that company has been forced to lay off employees and restructure, just like every other company in the energy space.

He said lower oil prices have hurt First Financial's markets more than they have helped, highlighting that cutbacks from large oil and gas firms have offset any benefit from consumers having more cash in their pockets. He said the Texas economy has still held up fairly well, noting that oil and gas firms made plenty of money before the plunge in the oil prices and now have more capital to withstand the current downturn than they did during the 1980s.

"I hoped I'd never have to live through another cycle, but we're here," Dueser said.

This article originally appeared on SNL Financial’s website under the title, "Banks in oil patch try to shoot down bears, downplay risk of contagion"