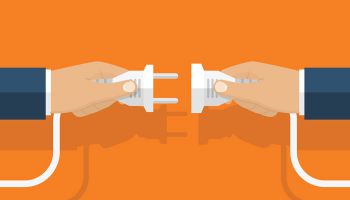 Some banks have built capital to support elevated commercial real estate exposures, but others are heeding regulators' warnings and slowing growth of the asset class.

CRE exposures have been a hot button issue for many banks this year after regulators warned late in 2015 that they would take a harder stance on concentrations, which they define as CRE loans composing at least 300% of total risk-based capital; construction, land development, and other land loans composing 100% or more of total risk-based capital; and construction and total CRE growth of 50% or more over the prior 36 months.

Trio says they get the point

At least three regional banks—BankUnited Inc., Synovus Financial Corp., and Western Alliance Bancorp.—said they have heard regulators' concerns and have decided on their own that it would be wise to limit CRE lending growth. The three institutions learned plenty about timing a cycle during the last crisis, and in some cases those lessons were unpleasant since they came after credit had turned.

Synovus was among those institutions that felt pain from its real estate exposure during the credit crisis, but has been pulling back from construction lending since early this year. Synovus found itself in the crosshairs of investors during the downturn in no small part due to problem real estate credits. And the company almost certainly has not forgotten how challenging it was to rebuild its balance sheet.

Synovus Chairman, President and CEO Kessel Stelling Jr. said on a conference call to discuss second-quarter results that construction loans have a longer tail and the company decided to slow down the on-boarding of those loans after considering where continued growth might take its balance sheet.

Synovus is not regulated by the OCC, which has led the way in subjecting banks with elevated CRE exposure to greater scrutiny, but believes its decision is consistent with regulatory guidance over concentrations.

Western Alliance is also keeping a close eye on its CRE concentrations, possibly due to lessons learned from the last downturn. In the middle of 2006, Western Alliance's chairman and CEO became worried about the California market becoming too frothy and sold a considerable amount of real estate in the state through his own real estate company.

Western Alliance itself eventually faced serious challenges after real estate markets in its footprint crashed. The company reacted by raising a slug of capital in May 2009 to bolster its balance sheet against mounting nonperforming assets.

Since then, Western Alliance's stock has more than quadrupled, soaring on strong organic growth and acquisitions that occasionally came the company's way because it was one of the few remaining healthy banks in its market.

Western Alliance is being mindful to not grow its commercial real estate portfolio too much at this point in the cycle and plans to keep CRE concentrations below regulatory thresholds.

"We were above it back before the financial crisis and we're not going above it again," Western Alliance CFO Dale Gibbons said of CRE concentrations on the company's second-quarter earnings call. "We have bolstered our qualifying capital. We think our numbers are prudent where they are and there's a little bit of room obviously to those ceilings, but we're not going to be exceeding them."

Kanas said during the company's recent second-quarter earnings call that he has compared regulators' comments to what he sees on the ground and most likely is going to take his foot "off the gas pedal" in the second half of the year with regard to loan growth.

"You have to be a fool not to listen to what the regulators are saying," Kanas said. "I hope they're wrong. I think they're wrong, by the way, but we don't know."

The words of caution from Kanas and others are probably worth paying attention to at this point in the cycle, when credit costs have already begun to rise modestly. Whether a bank is getting heat from regulators over its CRE exposures or not, institutions could be wise to take a step back and consider the risk in their own portfolios.

This article originally appeared on SNL Financial’s website under the title, " Some veteran bankers listening to regulators' CRE warning"