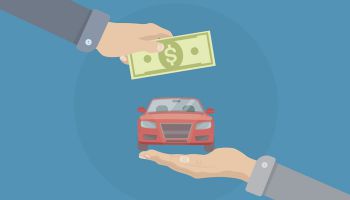 Lenders of all stripes are working on increasing auto loans despite rising concerns about credit quality.

LendingClub Corp. and BofI Holding Inc. announced plans to enter the space, and some of the nation's largest banks have made moves to increase direct loan offerings. Some of the developments underscore how dynamic auto lending has become ever since the Consumer Financial Protection Bureau launched a campaign targeting dealer markups.

Concerns about auto loans have increased as delinquencies have ticked up and subprime lenders have faced increased scrutiny, seemingly making it a difficult time to enter the space. For example, data from credit agency Experian shows that 2.25% of all auto loans were 30 days past due in the second quarter, up from 2.15% a year earlier.

"I do think there is a fair amount of risk," said Michael Tarkan, an analyst for Compass Point Research & Trading, who covers LendingClub. "Sales are plateauing, prices are on the verge of declining, and credit is weakening."

Analysts from Piper Jaffray also noted the pressure on used car prices while reviewing regional bank exposure to auto in a Nov. 9 note.

"[W]e continue to expect credit losses to broadly drift higher for all banks exposed to auto lending," the analysts wrote.

A spokesperson for BofI Holding declined to comment, but Todd Denbo, vice-president of consumer lending for LendingClub, said the company was not concerned about the state of auto loans in the credit cycle.

Denbo said the company's product has several defenses against the recent uptick in delinquencies, most notably its focus on prime borrowers and its limitation to refinance loans, which tend to perform better than purchase loans.

"We think that this is actually a perfect time to enter with an auto refinance product given that auto purchases have hit records over last two years, so it's a great time to reach out to consumers and reduce their cost of credit," Denbo said. 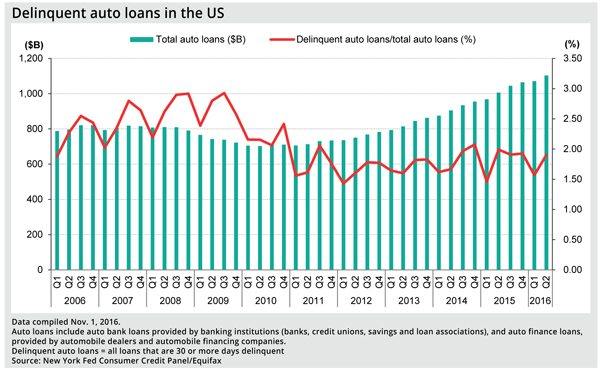 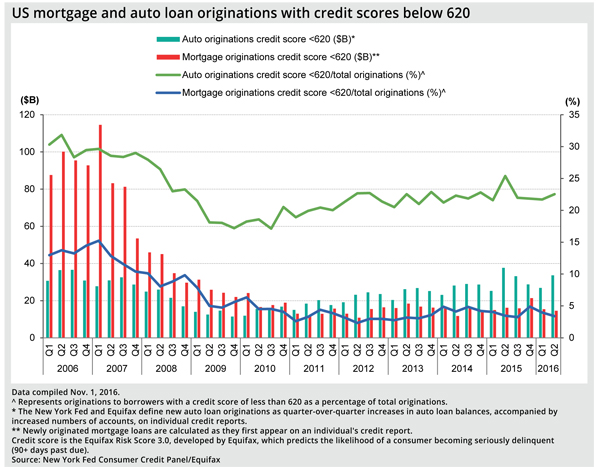 The trend is not limited to digital lenders. The nation's biggest banks seem eager to win more auto loan share, too.

Inside Mortgage Finance recently reported that Bank of America Corp. will have its mortgage loan officers closing auto loans. Terry Francisco, a spokesman for Bank of America, said the bank has always offered auto loans in its branches and has pilot tested increased involvement from loan officers.

And in April, JPMorgan Chase & Co. announced an agreement to become the exclusive private-label financial provider for more than 100 Maserati dealerships in the U.S.

Melinda Zabritski, senior director of automotive financial solutions for Experian, said banks are increasingly gaining market share through similar partnerships. She said it is difficult to track the share of indirect auto loans but that there is growing chatter about banks looking for different models.

"I increasingly hear from lenders that folks are exploring different channels," Zabritski said. "We do hear some lenders talk about growing their direct business a bit more. A lot, though, it appears to be almost a hybrid-type scenario where it looks like a direct loan but it is still fulfilled through the dealership."

Indirect auto loans often compensate the dealer via markups, where the dealer recoups a fee based on the borrower's interest rate.

The CFPB has issued multiple enforcement actions against lenders for employing the model, arguing it discriminates against minorities by charging them higher rates. That campaign has been highly controversial since the bureau does not have authority over auto dealers, and the agency has relied on statistical models to pursue the enforcement actions.

But Zabritski said indirect auto loans remain the dominant program, something that is unlikely to change soon. In fact, the auto refinance products offered by LendingClub and BofI suggest markups are very much still in use. LendingClub estimates consumers pay an additional $25 billion per year in interest due to dealer markups.

As for credit quality concerns, Zabritski is not worried. The increase in delinquencies tracks increases in subprime origination, she said. Further, subprime auto loans remain a small portion of the market and nothing compared to the subprime mortgage loans that contributed to the 2008 financial crisis.

All of the aforementioned lenders appear laser-focused on prime borrowers. Bank of America's Francisco said the lender only targets prime and super prime borrowers. JPMorgan management recently said the company pulled back on 84-month auto loans, and the bank similarly focuses on prime borrowers. LendingClub also avoids subprime with a minimum FICO score of 640.

"It would be a cause for concern if we saw rising delinquencies without increases in subprime," Zabritski said. "The increase in delinquency is natural when we increase that portion of the business."

This article originally appeared on S&P Global Market Intelligence’s website under the title, “Lenders drive into auto even as credit concerns mount”