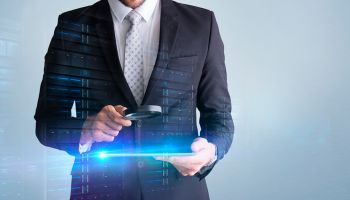 Better to take regulation now, when things are comparatively good, than to have it forced on fintech in a crisis atmosphere later, suggests Fed official.

Sounding a little bit like a parent urging a child to take their cod liver oil for their own good, Philadelphia Federal Reserve Bank President and CEO Patrick Harker said that fintech companies ought to want to be regulated.

Harker’s call for such regulation comes at a curious time. He made his remarks on the heels of President Trump’s executive order directing the review of federal financial regulation, issued last week. His speech also comes as the Comptroller of the Currency sifts through over 100 detailed comment letters on its fintech charter proposal. Harker noted that the OCC innovation framework, linked to the charter effort, is the federal government’s most advanced attempt to deal with the fintech side of industry change.

Harker said federal regulators favored innovation and regretted that his viewpoint might sound like the “nannying of a sometime regulator for more oversight.”

“But there are risks, and we should be talking about them,” Harker said. “Regulation can’t solve everything, and it can't anticipate or guard against every problem. But it can try.”

Reactions from some notable fintech commentators and companies could not be obtained by publication time, with one exception.

One fintech industry source did say that “Fintech companies often face a complex, overlapping web of state and federal regulations. Regulation that simplifies the current regime could be productive as long as it offers flexibility to allow different business models to evolve and thrive.”

In his speech Harker noted that some fintech firms “are unhappy with the idea of having to obtain many, if not dozens, of licenses to operate around the country. The proposed OCC charter may offer them some relief.”

During a session at Money 20/20 last fall John Beccia, general counsel and top compliance officer for Circle, explained how it took his company two years to go through 52 registration processes to be licensed as a money services business in every state-level jurisdiction. By contrast, in the UK, the Financial Conduct Authority helped the company through the regulatory process to a successful conclusion in 90 days. [Read “Innovation meets regulation”]

“ ‘Regulation’ being the great bogeyman of the industry, I’d like to note that regulation is necessary for a functioning system,” said Harker in a speech before a technology conference.

Harker spoke of the need to establish trust with customers. He said that trust is either earned or guaranteed by people or institutions.

“One of the ways of conferring that trust is the promise that mechanisms are in place to safeguard the system,” said Harker. Prior to taking the Fed bank position in 2015 Harker previously served as president of the University of Delaware and dean of the Wharton School. He is both an engineer and economist by training.

“Fintech firms need that trust the same as any other bank or financial institution,” said Harker. “This underlying expectation is why it’s best to get in early on regulation. It’s in these firms’ self-interest to provide a layer of trust-building that regulation can offer, particularly those that are getting to a scale where negative events could have major consequences.”

Harker noted that fintech firms, especially fintech lenders such as P2P players, have yet to experience a downward cycle.

“Trust will then be shaken,” Harker said. He said that being subject to oversight would help them understand what it means to be compliant “from the beginning.”

Harker warned that the alternative to accepting regulation now would be having it imposed later.

“What fintech outfits don’t want is regulation that comes in after a crisis,” said Harker. “That type of regulation almost always fights the last war, and that could mean tighter strictures and less room for innovation after the crash at the end of a credit cycle.”