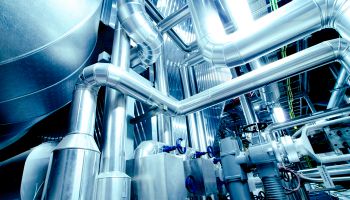 PNC Financial Services Group Inc.'s announcement it would acquire an equipment finance portfolio indicates that bank buyers continue to be interested in the space while nonbank lenders increasingly find it difficult to compete.

PNC agreed to acquire the U.S.-based equipment finance business from Toronto-based ECN Capital Corp. for about $1.25 billion. The deal includes a $1.1 billion portfolio of construction, transportation, industrial, franchise and technology loans and leases. It is expected to be modestly accretive to earnings.

In a press release, the bank said the deal will enhance the existing vendor franchise through a national platform. It could add between 2 cents and 3 cents to PNC's earnings, but could be 40 cents, or 0.5%, dilutive to tangible book value, wrote Keefe Bruyette & Woods analyst Brian Klock in a Feb. 21 report. He called the deal "minor" but said it should complement the bank's existing leasing business.

"Additionally, it shows management's comfort with growing the commercial businesses this year, which is in line with management's outlook provided on the [fourth quarter 2016] earnings call regarding mid-single digit growth in the business," he wrote.

ECN Capital was able to sell the assets at a premium of 1.2x, wrote Barclays analyst John Aiken in a Feb. 21 note. The U.S. commercial and vendor business involved in this deal was one of three "silos" that ECN operated, alongside its rail and aviation division. It represented about 17% of year-to-date earnings but held 75% of the originations, Aiken wrote, adding that the sale will "significantly" change ECN's future strategy.

The PNC acquisition demonstrates the banking industry's continued interest in equipment finance companies, the popularity of which has made the space increasingly competitive for nonbank lenders. Equipment finance has been a popular acquisition for banks during the prolonged low interest rate period, and the attractiveness of the high yields are amplified by the ability to aggressively lower the cost of funding the loans using core deposits. The percentage of the top 100 equipment finance and leasing companies by assets that were owned by banks increased from 37.4% in 2009 to 49.7% in 2015, according to ECN's deal presentation. The percentage owned by nonbank firms declined from 38.2% to 20.1% over the same time.

The increase of bank players in the space has put pressure on nonbank lenders, ECN noted in the presentation. It pointed out that banks have lower costs of capital, higher leverage and a wider distribution network, which have reduced future growth prospects and compressed the return on equity from more than 12% to less than 8% on the firm's incremental business. ECN said returns that were below its cost of capital were not an acceptable use of capital going forward.

The interest in equipment finance should continue to put pressure on nonbank players that are not well-capitalized, said Timothy Stute, managing director at investment bank Houlihan Lokey.

"We really believe strongly that there's going to be more of this activity out there, because it is a very competitive world across commercial finance right now," he said. He added that another factor driving sales is that credit quality has been strong over the last six years, which makes a firm more attractive to a bank. He said deals he has worked on have a "number" of bank bidders, including names that many may not have heard of, that create a competitive auction dynamic.