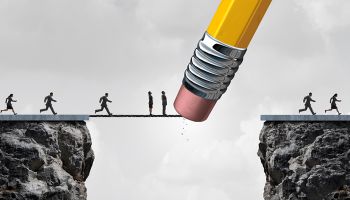 As compliance with the Volcker rule continues to transition into full applicability this year, growth in total collateralized loan obligation holdings at U.S. bank holding companies tapered off between 2015 and 2016. But market participants made it clear that the Volcker rule isn't to blame for the lower CLO growth.

The decline in CLO growth comes as companies face the July 21 deadline to be in full compliance with the Volcker rule. The rule restricts proprietary trading and ownership stakes in any covered funds, meaning that any CLOs with a debt component in the underlying asset mix would be prohibited. But Volcker compliance isn't necessarily scaring banks from the instruments; they're just seeing less attractive spreads as a result of market movements.

"One of our more recent discussions from one of the brokers that we're purchasing from indicated that it has turned into a lot of Asian demand on these and that may be pushing the spread down," Charter CFO Curtis Kollar said.

She said she also saw some plateauing in CLO holdings as newly minted securities get slower in filling the gaps left behind by amortizing, older securities.

But Coffey said this is the result of market forces, not the Volcker rule.

"I don't see a regulatory change that sort of has impacted bank appetite for CLO notes between 2015 and now," Coffey said. 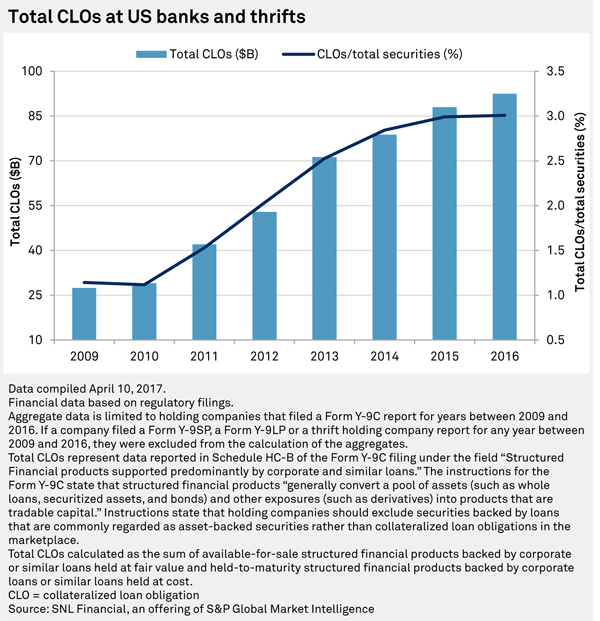 As CLO spreads tighten, banks are trying to adjust their securities portfolio toward actual lending.

For example, Sun Bancorp has $37.3 million in CLO holdings, which represents 12.6% of its total securities. Brugger said that the bank originally bought them for the purposes of squeezing attractive returns in a low interest rate environment, since CLOs could offer an interest rate risk hedge from floating rates in its underlying assets. 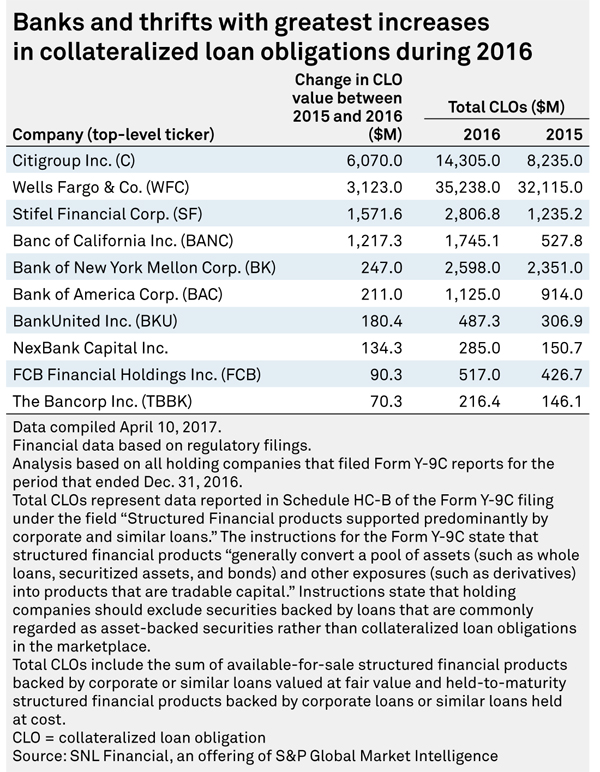 But with interest rates rising, Brugger said Sun now hopes to shed its CLOs and dedicate its business model to more traditional banking avenues. "We're basically allocating the cash flow as that portfolio runs off, and allocating that to lending," Brugger said.

Santa Ana, Calif.-based Banc of California Inc. also hopes to unwind its CLO holdings, which at $1.75 billion, make up 53.4% of its total securities and tops an S&P Market Intelligence list of banks with the highest relative exposure to CLOs. A lot of its CLOs were accumulated between 2015 and 2016. During that period, the bank added $1.2 billion in holdings, an amount outdone by only three companies: Citigroup Inc., Wells Fargo & Co., and Stifel Financial Corp.

On the company's fourth-quarter 2016 earnings call, interim CEO Hugh Boyle said that Banc of California has historically relied on a large securities portfolio as a stable source of liquidity. But looking forward, Boyle asserted that the company would try to "reposition and remix" its securities portfolio by shifting CLO exposure to commercial lending.

"You'll see that securities portfolio redeployed as we enhance and grow our loan production throughout 2017," Boyle said.

Volcker rule does have some effect

Although the Volcker rule didn't appear to be the driving force for a flattening in CLO holdings, it does appear to have an effect on what types of CLOs banks are holding. Because the rule only covers CLOs that have a debt in the underlying asset mix, banks could just divest the CLOs that wouldn't comply with the regulation and keep the ones that would.

Charter's Kollar, whose company has 20.2% of its securities in CLOs, said that asset structure is one of the first questions he asks an issuer.

"I think the issuance has changed so virtually everything is now Volcker-compliant," Kollar said.

The Loan Syndications and Trading Association, however, continues to assert that the Volcker rule unfairly targets a class of securities that never suffered a loss. Coffey said that by creating the rule, regulators are limiting what a CLO can contain and in turn, reducing banks' "ability to diversify and optimize their portfolio."

Whether it's market forces or a regulatory rule that's causing slower CLO growth, banks are taking note of the trend. Kollar said he'd much prefer it if the industry evaluated CLOs as a percentage of capital, but said he's aware of how the regulators and his own bank's board look at CLOs: as a percentage of total securities.

"We're on the top of those lists, so we probably shouldn't go any further," Kollar said. 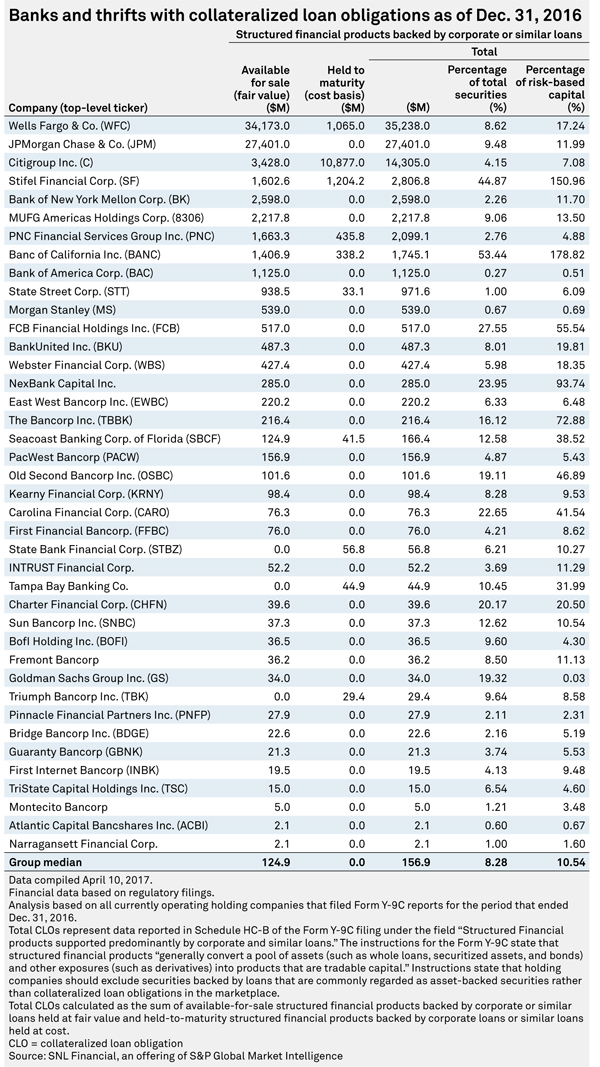 This article originally appeared on S&P Global Market Intelligence’s website under the title, "US banks taper off CLO holdings due to market conditions, not Volcker rule"