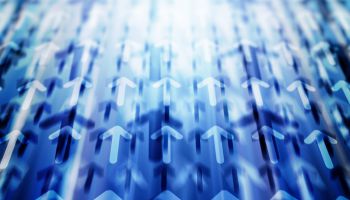 Part 2 of a series: Is U.S. banking falling behind in the long-run because of the separation of banking and commerce? Banking Exchange editors explore this and other trends in the fintech revolution with Chris Skinner, fintech blogger and creator of the Financial Services Club in Europe and the U.K.

Once most American bankers could cheerfully ignore developments in most of the rest of the world. “That’s nothing to do with us” applied to all but the most tectonic changes from overseas. But the world has become both a bigger and a smaller place these days.

In speaking with Banking Exchange editors, international fintech expert Chris Skinner suggested that the entrenched interests in the status quo may be holding back U.S. financial services in some ways. Citing examples from around the world, beyond the regulatory “sandbox” concepts discussed in part 1 of this series, he pointed to examples of how things are evolving elsewhere.

For example, Skinner said that in Britain there are about 50 retail banking charters newly opened or in process over the past several years.

“We don’t need 50,” he said, “but the fact is the regulators are trying to encourage more competition because there’s been too much consolidation into a small number of hands in the financial markets and they want to take down that control of being too big to fail and make it more competitive.”

In the U.S., by contrast, Skinner noted that there have not been any new retail banks, unless you include Goldman Sach’s retail bank. [He was not including a handful of community banks chartered since the crisis—and even that is a trickle.] 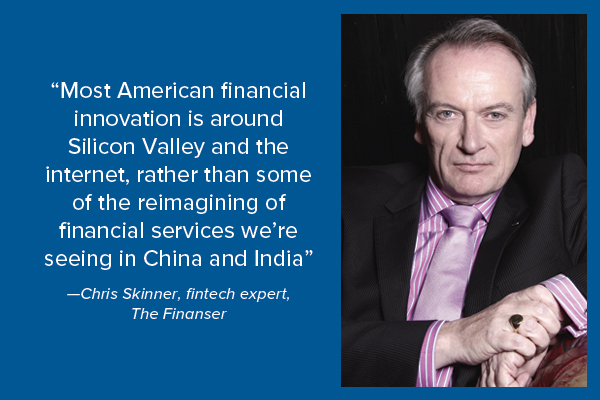 “Most American financial innovation,” Skinner continued, “is around Silicon Valley and the internet rather than some of the reimagining of financial services that we’re seeing in China and India.”

Skinner lives much of his life on the road. Unlike many professional financial speakers, he tends to hang around after he’s delivered his own presentation to see what other speakers and attendees at a conference are thinking. He finds this pays off in insights.

“I recently heard Ashok Vaswani, CEO of Barclays’ personal and corporate banking division, talking about the fact that he couldn’t believe that India is now more advanced than America when it comes to automation in financial services thanks to demonetization and what’s been going on with Paytm [the Indian mobile payment and commerce service],” said Skinner.

“That does seem a little bit strange.

“In China,” Skinner continued, “there are more mobile payments than cash payments by volume—which is a really significant movement. Yet in America I still get checks. And you just converted cards to EMV [chips] after a long, long debate and discussion.”

This is symptomatic, said Skinner, of a system that tends to be locked into a structure built decades ago.

“You’ve got state and federal regulators who just make it too darn hard to create anything that’s national,” he explains.

Because China pretty much had no infrastructure or commercial developed economy, said Skinner, it created something very different from what’s in the U.S.

“Here bankers all worry about ‘GAFA’—Google, Amazon, Facebook, Apple,” said Skinner. “In China they’ve got these three giants—Baidu, Alibaba, and Tencent. All three have a social network—a commercial platform integrated with a financial payments capability. So essentially they’ve each got PayPal, Facebook, Amazon rolled in one system.” 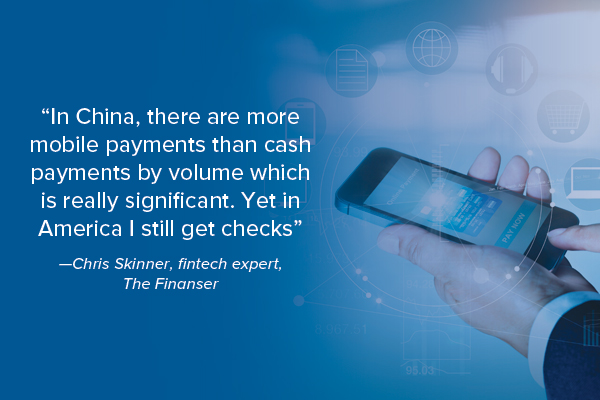 That’s not likely to fly in the U.S., Skinner observed, in part because, “regulators would be scared out their tree if Amazon was a full bank and social network. But that’s what they have in China, and it’s booming.”

This explains in part, he added, why China will have $3.2 trillion in mobile payments this year.

Dealing with a “different beast”

The likelihood of redrawing the U.S. financial system is small. Attempts to do so over the last four decades have tended to stay on the drawing board, with the exception of the Gramm-Leach-Bliley Act that eliminated the separation of banking and investment banking. Yet even now there are those pushing to have that separation reinstated.

The fact that regulators in the U.S. keep a tight rein on bank licenses, and insist that banks abide by countless rules, in some ways gives banks here an advantage, according to Skinner. Meaning they have time to “catch up with the ball” thrown by fintech competitors.

But Skinner feels banks here are not using that advantage.

In fact, “I think they’ve got their eye on the wrong ball,” he said.

“Much of what banks are trying to do is speed up and reduce the cost of traditional bank processes like clearing and settlement using distributed ledger technology,” Skinner continued. “Whereas maybe what we should be thinking about is this: Do we actually need to do clearing and settlement in a digital age? Or can we do something else?”

“And that,” said Skinner, “is a different beast.”

Part 3 of this series will look into the changing face of the customer experience, most specifically at the pros and cons of banking by bot. Coming Wednesday. 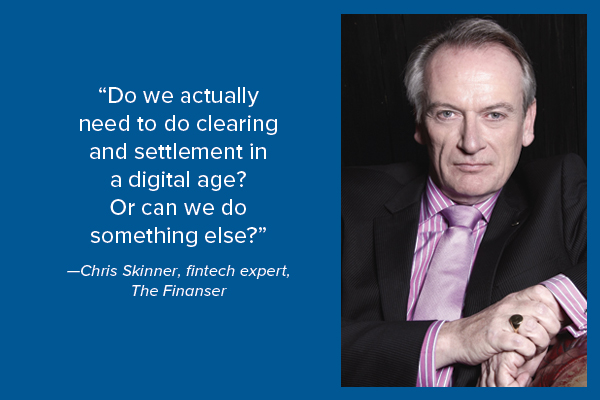