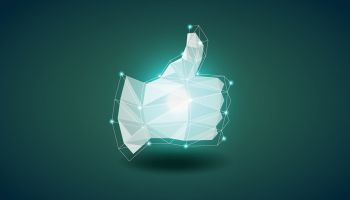 Democrats and Republicans in Washington aren’t agreeing about much these days. But some common ground appears to be on financial innovation, and, more specifically, the potential appeal of a national fintech bank charter.

Since President Trump took office there’s been much speculation concerning where the new administration would stand on the efforts of the Comptroller’s Office to encourage financial innovation. Those measures ranged from publication of a white paper containing responsible innovation principles to the publication of a draft section dealing with fintech charters for OCC’s chartering manual.

Thomas Curry, who headed the agency in the Obama years, drove the innovation effort. The question was whether the new administration would pick up that push and the fintech charter concept, or let them languish as “not invented here.” Overall, the Trump administration has appeared to be on board with innovation broadly.

In a July 19 speech at the Exchequer Club in Washington, Acting Comptroller Keith Noreika endorsed the concept while also noting that other potential federal chartering paths exist for qualifying fintech companies.

Regarding the fintech charter proposed by the agency, Noreika called it a good idea that deserved careful consideration and analysis. Indeed, he said OCC and Curry “deserve significant credit for changing the conversation about financial innovation and fintech.”

“We should be careful to avoid defining banking too narrowly or in a stagnant way that prevents the system from evolving or taking proper and responsible advantage of advances in technology and commerce,” Noreika said.

The acting Comptroller spoke more broadly of the concept, acknowledging that both the New York State Department of Financial Services and the Conference of State Bank Supervisors are suing OCC over the fintech charter proposal.

“On principle, companies that offer banking products and services should be allowed to apply for national bank charters so that they can pursue their businesses on a national scale if they choose, and if they meet the criteria and standards for doing so,” said Noreika, previously a banking attorney in private practice. [Use of italics in this and other quotes in this article reflect Noreika’s speech text.]

Continuing, Noreika said that “providing a path for these companies to become national banks is pro-growth”—an administration priority—“and in some ways can reduce regulatory burden for those companies. National charters should be one choice that companies interested in banking should have. That option exists alongside other choices that include becoming a state bank or operating as a state-licensed financial service provider, or pursuing some partnership or business combination with existing banks.”

"The speech bodes very well for the new administration pursuing a robust innovation agenda, which we really need,” commented Jo Ann Barefoot, CEO, Barefoot Innovation Group, LLC. “Fintech and regtech offer huge benefits, but only if the regulators can keep up with the technology. That will take focused effort, which the OCC is clearly making."

CSBS recently launched its Vision 20/20 project to explore revisions to state-level regulation and chartering issues regarding fintech players. The regulatory trade group is accepting nominations to its fintech advisory panel until July 28.

Bankers’ attitudes have spanned a range of feeling on the fintech charter issue. In some quarters, there has been strong opposition to ambivalence, and even resignation that, in one banker’s words, “the fintech people will bamboozle the regulators.” That remark was made early on, before OCC clearly established that its charter proposal would be no free ride. As proposed, consumer protections and capital adequacy expectations were clear.

Indeed, Noreika pointed out that no applications are under consideration, though conversations with fintech companies continue. Most fintech industry reaction to the charter, as formally proposed, has been lukewarm. One appeal has been the attraction of being able to do business nationwide without needing licensing from every state a fintech wishes to do business in. CSBS’ Vision 20/20 is intended to explore multi-state licensing improvements and streamlining.

Noreika stated that those who oppose a charter as somehow giving fintech companies an advantage are mistaken.

“If you provide banking products and services, acting like a bank, you ought to be regulated and supervised like a bank,” he said. “It is only fair, but today, that is not happening.”

Hundreds of fintech firms compete with banks without the oversight banking institutions face, he said.

“People who think that granting national bank charters to fintechs creates a disadvantage for banks have it backwards,” he continued. “The status quo disadvantages banks in many ways. While charters would provide great value to the companies that receive them, the supervision that accompanies becoming a national bank would help level the playing field in meaningful ways.”

Reflecting what will likely be part of the agency’s defense against the suits, Noreika pointed to a 2003 regulation that OCC issued clarifying its ability to issue special purpose national bank charters. (This is 12 Code of Federal Regulations 5.20(e)(1).)

“That said, at this point, the OCC has not determined whether it will actually accept or act upon applications from nondepository fintech companies for special purpose national bank charters that rely on this regulation,” Noreika said. He pointed out that other types of special national charters are already well established and could be avenues for some fintechs to obtain charters.

Opponents of the proposed fintech charter have pointed to those avenues.

Said Noreika: “We may well take them up on their invitation to use these authorities in the fintech-chartering context. Many fintech business models may fit well into these long-established categories of special purpose national bank charters that do not rely on the contested provision of regulation, section 5.20.” [That is the 2003 regulation referred to earlier.]

"It's notable that he's pointing to multiple routes to national charters for fintechs under current law," said Barefoot. "Their thinking is evolving."

In reaction to the speech, CSBS issued a statement from President and CEO John Ryan:

“CSBS continues to believe that the OCC’s proposed fintech charter lacks legal authority. Legal precedent and common sense suggest as much. Now, it is a matter for the courts to decide. Meanwhile, state regulators are focused on modernizing non-bank regulation to make state licensing and supervision more effective and integrated across the 50 states.”