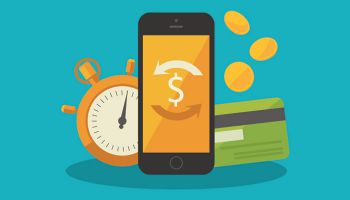 If all goes well, by 2020 every person and business in the United States will have access to a faster payments system that is ubiquitous, secure, continuously available, and nimble enough to adapt to new technologies as they develop.

That’s the vision behind the “Call to Action” issued July 21 by the national Faster Payments Task Force, created and led by the Federal Reserve in 2015. Since then, 323 representatives of financial institutions, consumer groups, payment service providers, fintechs, merchants, government agencies, and other interested parties have discussed the elements needed by such a market-driven system.

“Our goal is to ensure that anyone anywhere is able to pay and be paid quickly and securely,” says Sean Rodriguez, the Fed’s faster payments strategy leader and chair of the task force. “In real terms, that means people will not have to wait hours or days to deliver and access their money. Businesses will have enhanced cash management and better information associated with their payments.”

A key concept of the task force is “ubiquitous receipt.” The group defines this term as follows: “Where all payment service providers are capable of receiving faster payments and making those funds available to customers in real time.”

In a webcast announcing the task force report several members of the group emphasized the revolutionary nature of what’s being proposed.

“This is transformational for the banking industry and for payments in general,” said Jim Reuter, CEO, FirstBank Colorado. “We will get to do what people expect. They will click on a button, money will get there, the receiver will have it right away. That’s pretty simple but it’s been really complex up until now.”

Said Steve Ledford, senior vice-president, The Clearing House: “We need to realize that this is a big deal. This is a once-in-a-generation opportunity to create an entirely new payments system and do it deliberately, based on new ways of looking at how we want to move money and new ways of making it convenient and useful.”

Tom Rea, executive vice-president, U.S. Bank, suggested that financial institutions have an opportunity to rationalize their business strategy around the faster payments environments outlined in the report.

One key recommendation of the task force is to ensure interoperability between multiple payments service providers.

“In order to move a transaction through multiple service providers you need that kind of collaboration among organizations,” Rea said. “The consumers expect when they initiate a payment that it will be seamless, it will be safe and secure, it will be transparent, and of course it will be fast.” 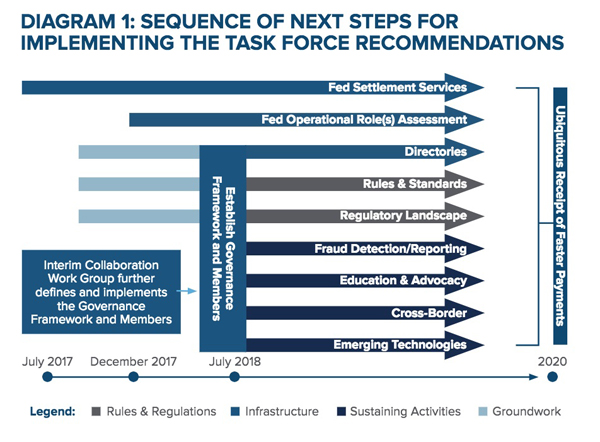 Diagram above from task force's report depicts the group's suggested sequencing and timing for starting work on each of its recommendations.

Bradley Wilkes, president and CEO, WingCash—one of the 16 service providers and groups to be evaluated by a task group—made this point: “We often hear ‘faster payments’ and think it’s all about ‘faster.’ It’s actually shorthand for the systemic improvement that’s coming, this new payments capability becoming part of our nation’s economic fabric.”

The task force’s written report focuses on three key areas that need to be resolved:

• Governance and regulation—Specific activities include establishing a formal governance framework as well as rules, standards, and a baseline set of requirements for the faster payments system that would enable payments to cross solutions securely and reliably while ensuring that end users have predictability and transparency associated with timing, fees, error resolution, and liability.

In addition, the report said that laws and regulations affecting payments and payment service providers should be evaluated to make sure they are suited to the unique characteristics of real-time payments.

• Infrastructure—Needed here are: Development of a design for faster payments solutions to interoperate via directory services; asking the Fed to develop a 24x7x365 settlement service; and requesting that the Fed explore and assess other operational roles it might need to play to support ubiquity, competition, and equitable access to faster payments.

Such innovations would include:

• Developing methods for fraud detection, reporting, and information sharing to continuously advance the safety and security of the faster payments system.

• Researching cross-border payments to identify and address gaps and barriers to enabling faster payments for this use case.

• Continuing research on emerging technologies to deepen understanding of the risks they may pose as well as the benefits they may offer. This includes the potential for serving underserved end users and underserved use cases.

Where are barriers to progress?

The report spells out specific challenges to achieving these goals:

• Many players must get with the program. The overall faster payments system envisioned by the task force requires broad adoption by service providers and end users, absent technical and business process issues that could inhibit interoperability.

• Success demands collaboration. Because the U.S. is taking a market-driven approach—as opposed to centralized government mandate—multiple solution operators and other stakeholders must voluntarily collaborate with each other.

• Security is of paramount concern, the task force said, noting that when multiple solution operators pass payments and share information, a security weakness in any one solution makes the system as a whole more vulnerable.

Rodriguez notes the rich dialog between task force members and solution providers that has taken place.

“By design the task force did not pick a winner or a best solution,” the Fed official said. “We’re going to leave that for the marketplace to decide.”

“The call for action that comes out of the task force paper is maybe the most important,” he said. “The key component of that is the whole market awareness. There are millions of folks that we need to make this network successful. They need to understand the benefits of faster payment and how it relates to their personal lives.”

Watch an archived version of the task force announcement. 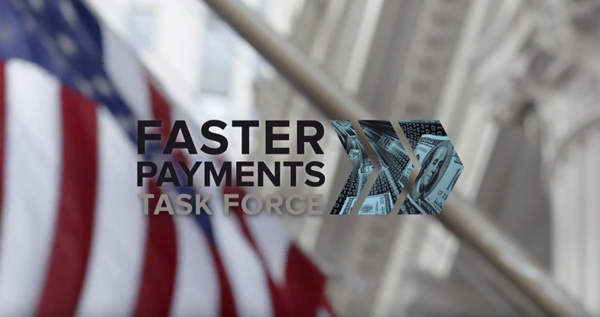