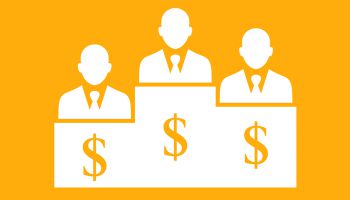 A digital lender is about to test regulators' flexibility on the Community Reinvestment Act, a decades-old law that financial technology supporters say is in need of overhaul but consumer advocates still view as a vital protector of financial services for the needy.

Social Finance Inc., or SoFi, on June 6 applied for a bank charter with the Federal Deposit Insurance Corp. The company has built its brand by focusing on personal loans and student loan refinancing for "HENRYs," an acronym for "high earners, not rich yet."

For SoFi Bank to secure deposit insurance, the company will need to show it can comply with the CRA, which requires banks serve low- and moderate-income communities in assessment areas the bank chooses.

S&P Global Market Intelligence research shows SoFi originated 1,160 mortgages in 2016, with only two of those mortgages, or 0.2%, made in distressed or underserved tracts, a CRA measure. Across the U.S., 2.0% of all mortgages were in underserved areas that year. 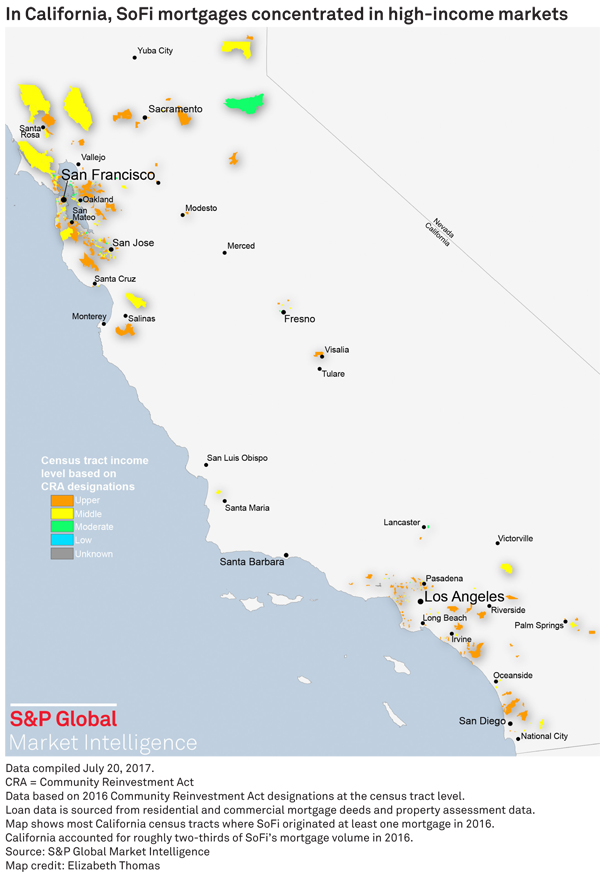 However, SoFi Bank may not need to answer for its parent company's strategy. SoFi's legacy business will not be part of SoFi Bank, which is applying as an industrial loan company, or ILC, in Utah. The company's charter application envisions a new bank entity that will only issue credit cards, while SoFi's mortgage and student loan business will remain in a separate, nonbank unit.

"Our ILC application and proposed bank do not include and aren't connected to our lending operations," SoFi spokesman Jim Prosser wrote in an emailed statement.

Whether SoFi should be allowed to partition its existing HENRY-focused business from the proposed credit card-focused bank has emerged as a sticking point in its application.

"The bank itself is the accountable unit," said Jo Ann Barefoot, former deputy Comptroller of the Currency and now the CEO of Barefoot Innovation Group, a consultancy. "In reality, the examiners and the regulatory agencies do look at the whole picture, but the technical requirement is on the bank."

The Independent Community Bankers of America, a banking industry group, wrote a July 18 letter objecting to SoFi Bank's application. The group argues the company intends to circumvent the Bank Holding Company Act and that SoFi Bank should be held accountable for the parent company's lending activities.

"SoFi should be subject to the same restrictions and supervision that any other bank holding company of a community bank is subject to," the group wrote.

"There is some sensitivity to the fact that the ILC is a back-door way into the banking system," Van Tol explained.

ILC applications by nonbanks have come under fire before. In 2007, after months of criticism from legislators and banking groups, Wal-Mart Stores Inc. withdrew its application for an ILC charter that it started in July 2005. Concerns around Wal-Mart's application and another filed by Home Depot Inc. in 2006 prompted the FDIC to impose a six-month hold on new charters that was later extended for another year. 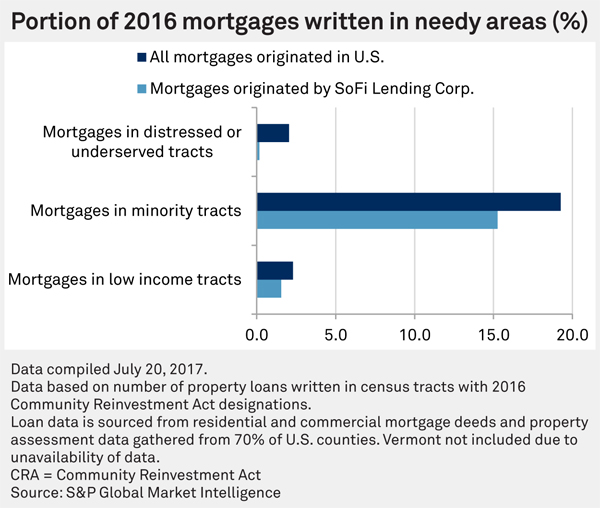 On the other hand, fintech advocates think digital lenders can best serve low-income communities since the companies often rely on alternative sources of data to underwrite loans.

"The very nature of online lenders is finding creditworthy borrowers that others may have missed," said Cornelius Hurley, executive director of the Online Lending Policy Institute and a law professor at Boston University.

Of the $8 billion in total loans that SoFi said it originated in 2016, about $810 million were property loans, according to S&P Global Market Intelligence data. None of the mortgages issued by the parent company were in SoFi Bank's proposed CRA assessment area of Salt Lake City and nearby areas.

Fewer than 1.00% of SoFi’s consumer loans are made to borrowers in Utah, according to reports for the company’s asset-backed securities issued in 2015, 2016 and 2017. The securitization documents cover $4.6 billion in principal loan balances.

In addition to the parent company's lack of activity in Utah, there is little in the proposed bank's plan about extending credit to low-income neighborhoods. But that should not necessarily be a problem, Hurley said. Banks often fulfill CRA requirements by investing in housing bonds, which state agencies use to build affordable housing.

"There are private banks all over the country that cater to high-net-worth people and yet they manage to get, in some cases, outstanding CRA ratings," he said.

SoFi's CRA strategy will revolve around financial literacy, education, and scholarships, according to its application. SoFi stated it will measure the success of its CRA plan in terms of employee hours devoted to community service, the number of scholarships awarded and the percent of its investment pool that goes into Utah Housing Bonds. 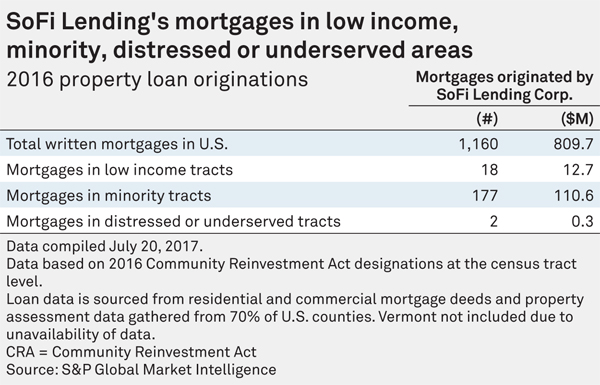 Meanwhile, the entire concept of CRA compliance is under review. In June, the Treasury Department issued a sweeping report that emphasized tailoring regulation to financial institutions' business models. Hurley said that emphasis should encourage regulators to offer fintech companies more leeway. The Treasury report explicitly mentions the CRA and a plan "to comprehensively assess how the CRA could be improved."

SoFi Bank's charter application could be the first test of whether regulators are ready to re-examine their interpretation of CRA in a time defined by branch closures and new digital options for retail banking.

"CRA is drastically out of date," Barefoot said. "It was written in 1977 in an era when everybody had branches."