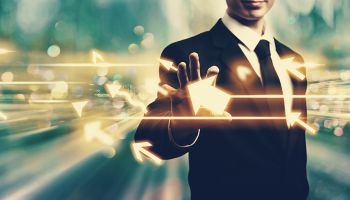 By now it’s become accepted that the supposed “uberization of banking” was a bit over the top. Fintech has changed the industry, certainly, but yesterday’s disruptors who threatened to bulldoze stodgy banks have often talked more of partnership.

“Some companies that set out to be ‘bank killers’ a few years ago are discovering the advantages of being part of the banking system,” Keith Noreika, acting Comptroller of the Currency, told listeners at the late September Online Lending Policy Summit.

As new as fintech and marketplace lending—once known as “peer to peer lending”—may still seem, Noreika suggested that the online lending fraternity may be moving toward maturity.

Noreika noted that the narrative about online lenders differs. Some see it as a market-driven response to traditional lenders who did not adapt.

“I see the growth of online lending and marketplace lenders as the natural evolution of banking itself,” he continued. “Your industry demonstrates a certain entrepreneurial spirit to seize economic opportunity that begins with your new idea. The idea may be leveraging the lending power of groups or using new data to assess creditworthiness. Or, the idea may be a way to make decisions faster or to give consumers more control of the their financial lives.” (Italics follow Noreika’s speech text.)

Noreika said the sweat that went into those ideas has hit $40 billion in consumer and small business credit, with volumes doubling every year since 2010. He noted that some project that at that rate, marketplace lending will hit $1 trillion by 2025—versus the $3.7 trillion in unsecured consumer lending as of yearend 2016.

New kid on the block, old neighbor on your street

And that brought Noreika to the concept that marketplace lending was maturing. He said that a maturing business has different areas of concern than does a new industry. He ticked off some of the signs he sees.

“Startup funding fades and shareholders begin to demand performance, or at least progress toward profitability,” said Noreika. “Last month’s earnings showed promise and improvement from the previous year, but some of the most widely recognized companies still stretch for profitability. This performance and the progress it shows have occurred under relatively benign credit conditions and long, albeit slow, economic expansion.”

Noreika pointed out that marketplace lenders have been seeing cracks in their credit since the fourth quarter of 2015.

“It remains to be seen how online lending companies and loans originated using new models will perform under stress,” said Norieka. “That’s part of a maturing business, and risk is part of economic opportunity. Success requires adapting to new market conditions and effectively managing evolving risks.”

The acting regulator acknowledged that the industry has already shown some adaptability. For example, having begun in the peer-to-peer mode, where some borrowed and others lent, through the marketplace platform, funding has changed.

And, finally, “as the industry matured, companies have found a balance that includes selling loans to retail and wholesale investors, securitizing loans, and even exploring the potential for deposits.”