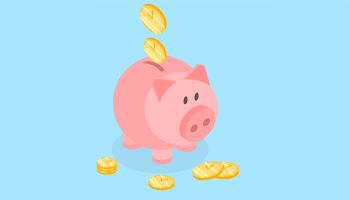 New research indicates that 81% of U.S. consumers surveyed have not heard about the real-time payments scheme that The Clearing House will activate at the end of this year. Payments expert Mark Ranta suggests that this gap represents an opportunity for banks to begin communicating about the impact of the coming changes.

Now, the typical American does not obsess about banking developments, so their lack of awareness is not surprising.

Ranta admits to being something of a banking geek, by occupation and nature. He says he has 15 banking and payments apps on his iPhone, all grouped in a folder he calls his virtual “George Costanza wallet.” His collection generally reflects his desire to be able to accomplish things with his electronic finances that his bank can’t deliver on its own.

Ranta’s day job is global head of digital enablement at ACI Worldwide, which powers electronic payments for over 5,100 organizations worldwide, including both large banks and global merchants. So he brings dual perspectives to the communications gap.

Ranta says major developments in electronic finance often don’t get much public-service oriented promotion in advance in the U.S. Part of this is the sheer number of players in American banking versus Europe and other places. Getting 6,000 institutions to agree on something of this nature can be a challenge.

When Europe and the U.K. switched for new authentication methods a decade back, Ranta says, anyone who rode the London underground couldn’t help but know change was coming. Everywhere, he says, posters carried the message, “I (heart symbol) Chip & Pin.”

In the U.S. when a new dollar coin or paper currency with new anti-counterfeit features come out, a public relations blitz occurs, letting consumers and merchants know in advance. Ranta finds this a trifle ironic. As more and more transactions move via electronic payments, he says, the publicity push here focuses on new wrinkles on old instruments.

And it’s not a matter of banks just emphasizing the “cool” factor. Ranta says that real-time payments will make a significant difference in the life of any American with a checking account.

“I don’t think that many people know how paper-based the systems are over here,” says Ranta, “and how things will change. Clearing will take seconds now.”

Any consumer who thinks they can still “play the float” will be sorely upset. Anyone who still relies exclusively on balancing their checkbook at regular intervals may have a nasty surprise, he adds. What will matter is what their digital interface with their bank will say they have in their account.

“This will be a new experience that many consumers aren’t ready for,” says Ranta. Businesses are more likely to be aware of the coming changes, he adds.

Ranta, in his 30s, is old enough to have had a paper passbook in his early days. He chuckles about how that mechanism, with updates recorded when a customer visited the bank, once reflected the state of the art in knowing your balance.

Changing out the heart of clearing

Real-time payments is taking out the old center of the ecosystem and replacing it with the new Clearing House system, says Ranta.

“Everything will ripple out from there,” according to Ranta.

And where the ripples will stop, who can say? “We’re at the beginning of payments disruption,” says Ranta, “not at the end of it.”

Perhaps the only customer segment that won’t have a significant attitude adjustment to make are millennials, says Ranta.

“For them, everything else in our world is immediate and instant,” he explains. By contrast, they feel that much of what they see from traditional banks has been “analog,” to use Ranta’s word. They will fit with real-time readily, having adopted Venmo P2P payments readily. Banking’s own Zelle service has of course gone live recently.

The research referred to earlier comes from an international study ACI sponsored, polling 8,000 consumers in seven countries. The study found that 30% of U.S. respondents would switch banks for a provider that offers real-time payments. While this is much lower than the propensity to switch reported in some other countries—57% of Italian consumers plan a move within a year and 41% in France, for example—it’s quite revealing.

The debate over who owns a consumer’s payments data has long raged. In the European Union, it’s been decided. In 2018 the EU will implement PSD2 (Revised Payment Service Directive), which will enable consumers there to authorize third parties to have access to their banking data.

Ranta thinks a similar shift will come to the U.S., and says the company’s research found an interesting disparity. Nearly half—48%—of U.S. consumers would like to see more loyalty discounts and offers made available from their current account provider. However, 34% of U.S. consumers worry about retailers having access to their banking data.

For Ranta, it is clear that the data belongs to the U.S. consumer. “At the end of the day the consumer has to be able to say ‘yes’ or ‘no’ to access.” He sees consumers eventually being very selective about who can see what they do, here. Retailers who want access will have to create a value proposition. For example, homeowners would likely be interested in letting home centers see the consumers’ transactions at other home centers, if the incentive of being offered discounts to lure them to a new home center came through. (Letting health insurance carriers see what one buys at the grocery store, perhaps not so much.)

In the E.U., consumers will be controlling their access permission through their banks. One difference between the E.U. and the U.S., says Ranta, is that there is a tendency to centralize one’s financial affairs at one institution in Europe. Americans tend to use multiple providers, which complicates matters.

Think back on the stacks of mailings from banks and credit card companies that arrived in consumer mailboxes years ago when they were first asked their privacy preferences, by mail.

Even in Europe, Ranta suspects that within a year, the process for registering access authorizations will be centralized in some electronic fashion. He predicts that within three years, something like that will be seen in the U.S.