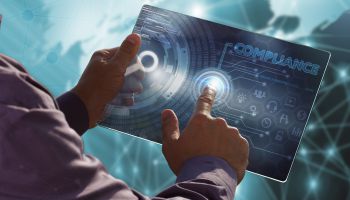 In only a few years the Washington discussion has shifted for fintech, though challenges remain as regulators sprint to keep up with technologists.

Has the state of consumer credit changed post-crisis? Lending Club Chief Executive Scott Sanborn said he believes that the “new normal” in consumer lending is riskier. At the same time, he says Lending Club has been taking measures to lend on criteria beyond traditional FICO scores.

Speaking at the recent “Finance Disrupted” conference sponsored by The Economist, Sanborn put his statement about risk in perspective.

“The state of credit in this country is worrisome for a lot of people,” said Sanborn, who is a veteran of the marketplace lending company and of internet-based finance and commerce.

Wages are stagnant, Sanborn said, and a greater portion of many consumers’ income now goes toward repayment of debt. Credit cards, student loans, and auto loans are among the major drains on the consumer wallet today, he noted.

A common use of marketplace lenders’ credit is debt consolidation loans, undertaken by consumers to bring down their overall borrowing rates. Sanborn, who was part of a panel, said that Lending Club’s risk model has been expanded to incorporate more types of alternative data for credit evaluation. This move has been made to expand its lending base to people whose FICO does not qualify them for credit but whose financial habits, supported by other data—a common one is a good record of utility payments—would do so.

Why bother with a rear-view mirror?

Lending Club is not alone among nonbank digital lenders in going beyond traditional credit criteria. A co-panelist with Sanborn, Sarah Friar, chief financial officer at Square, said that her company—which recently applied for an industrial bank charter in Utah—doesn’t use FICO ratings at all. Friar said Square—which began as a payments mechanism and has expanded into small business credit—looks at financial accounts, number of employees, and status versus other players, among other factors.

FICO is a historical credit evaluation, based on past patterns. By contrast, said Friar, Square’s approach “is more forward-looking, rather than something that is backward looking.”

The commentary about credit came after a discussion about fintech and traditional regulation including Friar, Sanborn, and Vanessa Colella, head of Citi Ventures and chief innovation officer at Citi; Arthur Levitt, board member at Bloomberg and former chairman of the Securities and Exchange Commission; and moderator Zanny Minton Beddoes, editor-in-chief, The Economist.

Levitt spoke of the phenomenon of fintech. “It’s a new industry with a lot of failures and lots of spectacular successes,” he observed. He also observed, picking up on recent headlines, that because of what he called their unregulated nature, fintech players also seemed to have one scandal after another.

Friar bridled at that. “We are regulated,” she said—lenders must still be licensed at the state level if they don’t have bank charters. She added that Square and its fintech colleagues were interested in helping maintain a healthy economy—not a scandalous goal.

Doing business in the regulated sphere

Citi’s Colella noted that many fintech players like to work with her company because it has been part of a much-regulated industry for so long. This can help fintechs get to the customers they wish to serve more quickly.

Levitt said one point of friction is that regulators are always attempting to catch up with the activities of new players.

“Regulators have never kept up,” he admitted. Even now, as bitcoin continues to grow in influence, he said he didn’t think the commissioners of the SEC were quite ready to deal with the cryptocurrency—at least, it seemed, as extensively as some in the industry might desire.

That breathless pursuit can sometimes lead to them imposing “impediments that aren’t necessary,” said Levitt.

Beddoes asked Levitt what he would change.

Levitt answered that his thoughts came down to one word: “balance.” He said regulators should act to control risk, but also work to nurture new small companies created in the fintech space.

Sanborn of Lending Club said that he actually thought marketplace lenders and other fintech firms were making some headway with regulators.

“I’m really energized by the conversations that we are having in Washington,” he said. Colella said the nature of discussion has changed as fintech companies have increasingly talked partnership with banks rather than as banking rivals.

“The balance has changed,” said Colella.