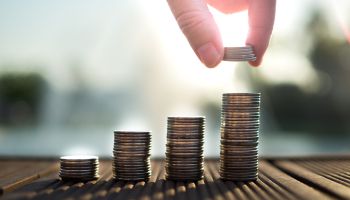 The U.S. banking industry continues to amass deposits at a steady clip even as banks collectively forge ahead with branch closures, extending a long-running trend.

The FDIC's annual Summary of Deposits—released Oct. 3 and spanning the 12 months that ended June 30, 2017—shows that the industry grew total deposits 5.20% over the latest reporting period.

Among the top 15 bank holding companies, 11 of them grew their funding levels, and overall deposits held by the group swelled 5.74%, according to an S&P Global Market Intelligence analysis of the data.

The growth came even as banks shuttered far more branches than they opened.

The Summary of Deposits shows 89,857 U.S. branches at June 30, down from 91,838 a year earlier. This marks a continuation of an uninterrupted trend that dates to the aftermath of the 2008 financial crisis. The 2017 figure is down from the 99,550 branches operated by U.S. banks at June 30, 2009, the last point at which the FDIC's report showed branch counts rising.

Keefe Bruyette & Woods analyst Brady Gailey said the "vast majority" of the banks he covers continue to downsize branch networks even as they cultivate new customers and draw in deposits.

"They are just shedding real estate," Gailey said in an interview. "I don't expect that to stop any time soon."

While initially hastened by banks' need to cut costs following crisis-related revenue hits, Gailey said that the branch-reduction trend endures largely because Americans increasingly prefer to do more of their daily banking online, at their computers or via their mobile devices.

As banks meet these customer preferences, he said, fewer transactions take place in branches and, as a result, banks see an obvious path forward: Close more locations and use the savings to invest in new technology that, over time, will make the business of deposit-gathering and lending more efficient.

"Given all the advances in technology over the last several years, you don't need to walk into a branch to get most of your banking done today," Gailey said. "And because the technology continues to evolve, I don't see an end to this."

"Banks want to automate routine transactions as much as possible," he said in an interview. "It's just much more efficient."

Ongoing M&A activity in the banking sector also contributes to the dwindling number of branches. When one bank buys out another, the acquirer typically consolidates overlapping branches to shave costs and boost profitability of the deal.

All of that noted, Compton said banks likely still will need some branches for years to come. He said physical locations function as billboards of sorts for banks in high-traffic areas, helping to call attention to banks' brands and keeping their names before customers.

This could become increasingly important as interest rates rise further, as most analysts anticipate they will following expected Federal Reserve rate increases later this year and in 2018. If the Fed acts, more Americans are likely to shop around for higher rates on their deposits, and banks that want to compete for those customers could benefit from the brand awareness that branches afford.

What is more, many customers still prefer to meet with bankers in person to hash out details on major loans such as mortgages and to discuss arrangements for long-term financial planning, among other tasks. This feeds the need for at least some branches, Compton said.

"You still need some presence; people still need to see you," he said. "So I think the trend of fewer branches will almost for sure continue, but the pace may not be as extreme."