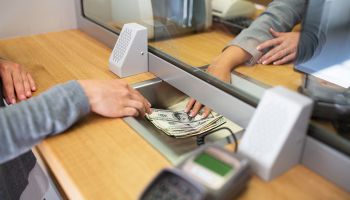 While banks continue to close branches and invest savings in digital channels, some of the nation's largest banks contend that the branch is not dead.

Few bankers argue with the premise that branches are costly and no longer as important as they once were because many transactions can be conducted more quickly and cheaply online and through mobile apps. Banks are investing in those digital channels to meet their customers' needs, but some institutions, including the two largest U.S. banks by deposits, remain steadfast that they will not abandon their physical storefronts.

Bank of America Corp., which has cut more branches than most institutions, is in that camp. The second-largest U.S. bank by deposits has closed branches at twice the rate of the banking industry. BofA has invested nearly $3 billion in technology annually over the last five years, helping maintain deposit growth while driving customer traffic through digital channels.

BofA Chairman and CEO Brian Moynihan says the investments in digital platforms allow many transactions to occur at a fraction of the cost, but the executive has also emphasized the importance of maintaining a strong physical presence.

"Because at the end of the day, 20-odd percent of sales are on digital and mobile, but 80% aren't," Moynihan said Oct. 13 on his company's third-quarter earnings call. "And because of nature of the intimate customer discussions, because of nature of what customers want to discuss and have face-to-face help on, the branches are critically important to that."

75% of deposits still via branches for JPMorgan

JPMorgan Chase & Co. has actively right-sized its branch network in recent years, too, but strongly contends that branches still matter. Marianne Lake, JPMorgan's CFO, said Oct. 12 on the company's third-quarter earnings call that the bank will continue to consolidate, grow, and change branches to meet customer needs. But she noted that 75% of the company's deposit growth originated in branches, where the average customer visits multiple times a quarter.

Umpqua Holdings Corp., for instance, closed six stores in the third quarter and recently unveiled plans to cut one-third of its branches over the next three years. Umpqua noted that it has not seen any "deposit friction" as a result of the branch consolidation thus far.

Some banks have become more selective when evaluating potential branch cuts after an acquisition, Brian Sterling, co-head of investment banking at Sandler O'Neill, said at the recent Big Decisions in Banking Conference, hosted by S&P Global Market Intelligence. Sterling said First Financial Bancorp. took that approach when considering the purchase of MainSource Financial Group Inc., measuring branch overlap between the two entities by looking at stores five miles apart from each other, compared to the previous standard of one mile between each entity.

There seems to be a limit to just how far branch cuts can go, though, at least for now. Sean Carmody, partner at Centerview Partners, said at the S&P event that online-only banks have produced some of the strongest growth over the last five years but noted that no one has "cracked the code" of achieving that growth without offering higher rates on their deposits.

That's why Robert Jones, chairman and CEO at Old National Bancorp, seemed to advocate employing a dual strategy that increases the focus on digital channels without abandoning the branch. Jones said at the S&P event that he used to think of his company as a physical bank with a digital presence. Now, he thinks of the franchise as a digital bank with a physical presence.

It’s about the data

The right strategy for each bank ultimately comes down to delivering what customers want, according to Jeff Lee, chief marketing officer at Seacoast Banking Corp. of Florida. Lee, whose bank has grown deposits per branch by nearly 50% over the last four years through investments in digital channels and analytics, said at the S&P event that any bank considering branch closures needs to know how it will serve customers impacted by the transactions.

Lee and others have encouraged banks to utilize their data to learn more about how their customers interact with the bank and find ways to reduce pain points where they exist. The branch does not seem to be going the way of the dodo, but banks likely need to offer customers both physical and digital options or they could find themselves losing business in the future.