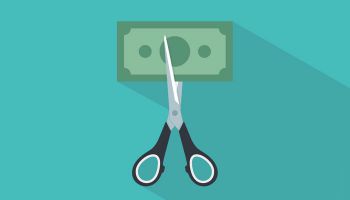 Banks are optimistic for the prospects of improved earnings due to a lower corporate tax rate, but they are also bracing for large hits to their deferred tax asset holdings, or DTAs.

By slashing the top corporate tax rate from 35% to 21%, companies with substantial amounts of DTAs would see the value of those assets fall in a one-time hit.

"This is an unprecedented thing. The corporate tax rate doesn't really change, especially this dramatically, all that very often historically," Eide Bailly partner Blake Crow, who advises financial institutions on tax compliance, said in an interview.

For banks, DTAs can be the result of timing differences related to taxes paid or carried forward but not yet recognized in their income statements. DTAs can also be the result of net operating losses, in which case depreciated assets or operating losses can be used to offset taxes. But because DTAs derive their value from the current tax rate, a sharp decline in the corporate rate would shrink the value of DTAs, which could impact GAAP income and capital levels.

An S&P Global Market Intelligence analysis shows that Citigroup Inc. remains the largest holder of net deferred tax assets in total dollars, with more than $46 billion on its balance sheet. Discussing the impact of lowering the corporate tax rate to 20%, Citi CFO John Gerspach projected $16 billion to $17 billion in DTA write-downs. Along with $3 billion to $4 billion in charges related to the company's plans to repatriate foreign earnings, Gerspach said the company would face a $20 billion "upfront hit" to its GAAP income.

But Gerspach said the changes in DTA do not affect Citi's plans for capital distribution as outlined in its Comprehensive Capital Analysis and Review filings.

A Goldman Sachs note released Dec. 18 said some of the largest banks could actually get a modest boost in capital, as measured in common equity Tier 1 capital, as a result of a decline in DTA value. Because current accounting standards allow for deductions on timing DTAs over 10% of CET1, a decline in DTA value at some banks could be netted against the write-down to actually increase capital levels.

Goldman estimated that average CET1 at the U.S. global systemically important banks would increase by 10 basis points when adding in the impact of repatriated earnings. Morgan Stanley, PNC Financial Services Group Inc., Wells Fargo & Co., U.S. Bancorp and JPMorgan Chase & Co. would see a small capital benefit, while Citi and Bank of America Corp., with the largest holdings of DTAs in the country, would lose 13 basis points and 10 basis points in CET1 respectively. Goldman did not include itself in its analysis.

But banks have little control over avoiding the DTA hit. At Troy, Mich.-based Flagstar Bancorp Inc., with $247.8 million in net DTAs, CFO Jim Ciroli said "it makes no sense for us" to either delay expenditures or accelerate revenue before the lower corporate tax rate becomes effective.

"Largely we're just going to take the write-down from 35 to 21, so effectively a 40% write-down in deferred tax asset position, and then enjoy the benefits of the lower tax rate coming out of that position," Ciroli said in an interview.

Other banks have echoed that sentiment, arguing that the boost to profits and earnings from a lower corporate tax rate will ultimately outweigh the potential negative impacts from DTA write-downs as well as reductions in FDIC fee deductibility. Bank of America Chairman and CEO Brian Moynihan recently shrugged off concerns of the company's $14.7 billion in DTAs by pointing to the bigger picture.

"We'll get a better benefit by the long-term economic impacts because that means more business," Moynihan said. "That will be the important benefit going forward."