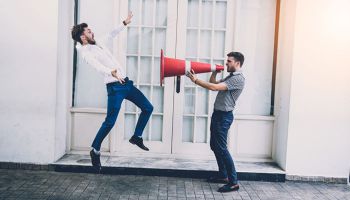 The bottom-line results for U.S. superregionals—select banks with $50 billion to $500 billion in total assets—was noisy in the fourth quarter of 2017 because of recently enacted U.S. tax reform.

The group's median effective tax rate for the quarter dropped to 23.86% from 29.24% a year ago. Of the 15 superregionals, eight reported a lower year-over-year income tax provision, and six of the provisions were negative.

PNC Financial Services Group Inc.'s provision for the recent quarter was negative $1.02 billion, compared to $319.0 million in the year-ago period. Aside from taxes, Piper Jaffray analyst Kevin Barker noted positive trends in the company's loan growth, particularly on the consumer side. 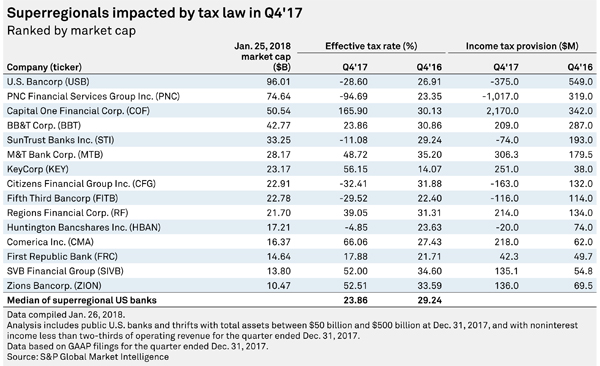 Gross loans also continued to grow at SVB Financial Group, up 16.1% in 2017, driven by increases in its private equity and venture capital segment. The loan growth, combined with margin expansion and higher noninterest income, propelled the company to 57.1% normalized EPS growth for the quarter, on a year-over-year basis, topping all superregionals. The group's median earnings growth rate was 16.2%, while median normalized revenue growth was 6.8%.

Just two of the superregionals, KeyCorp and First Republic Bank, booked a lower year-over-year net interest margin. The quarter-over-quarter comparison was a different story, however, skewed by tax reform. Only six of the 15 companies experienced margin expansion relative to the third quarter of 2017. 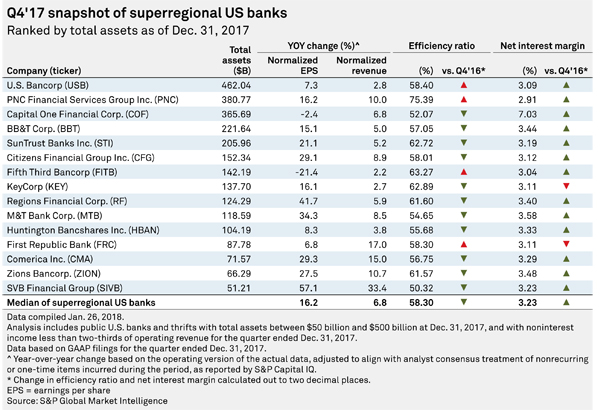 In 2018, Barker expects the market to change its focus to the impact of additional rate increases instead of taxes. He projects deposit betas to accelerate broadly this year. 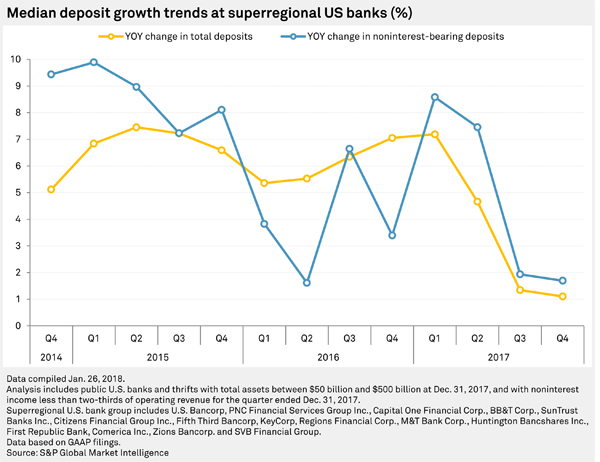 This article originally appeared on S&P Global Market Intelligence’s website on Feb. 5, 2018, under the title, "US superregional banks had noisy Q4'17 due to tax reform"