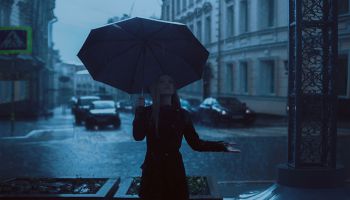 “Here's that rainy day they told me about, and I laughed at the thought, that it might turn out this way … Funny that rainy day is here.” Sinatra was singing about love, but rainy days also come to our financial lives.

More American households are boosting their emergency savings, paying down their debt, or both, according to Bankrate.com. While that’s cause for optimism, there is also cause for concern in the firm’s latest research.

A Bankrate survey of 1,009 consumers found that 58% reported that their emergency savings fund exceeds their credit card debt. This ties 2015 as the best seen in eight years of the company’s polls. This group came in at 52% in 2016 and 2017.

The survey found that 21% of the sample said they have more credit card debt than emergency savings. This measure is the lowest in the previous eight years of polling.

Another 12% said that they have neither credit card debt and no savings.

While the progress made in increasing savings and paying off debt is favorable, Greg McBride, chief financial analyst at the firm, expresses concern about the 12% with neither card debt nor savings.

In an interview with Banking Exchange, McBride says such households can find it “difficult to move the needle. They tend to be hemmed in by high household expenses.” However, he says that overall there has been more awareness over the last ten years of the importance of emergency savings.

A lesson many consumers have yet to learn, he says, is that “the most effective way to save is by paying yourself first.” Essentially, this means treating savings as a necessary item, not something to do with leftover funds—because typically paying yourself last doesn’t happen. Nothing is left over.

“Successful savings is all about the habit,” says McBride. He says that some fintech offerings that automate savings in some way help, because they assist consumers to avoid “spending it before you see it.”

Personal traits and habits are not the only factor at work.

“This economic recovery has been much more sluggish,” explains McBride. “Growth in household income has been much harder to come by. We’re seeing more reliance on the gig economy to bring in income.”

Adds McBride: “That underscores the need for continued saving.”

Millennials and “silents” have common ground

Bankrate’s research found that 53% of the sample say they are putting a higher priority on building emergency savings, while 40% say they are concentrating on paying down debt. Of the remainder, 3% say they are trying to do both, while 3% treat neither as a financial priority. One interesting finding is that the priority placed on emergency savings is uniform across income groups and was unaffected by a consumer’s education level.

Millennials (18-37) and the “silent generation” (73 and up) tended to have emergency savings more than other groups. Six in ten millennials had money put by, and seven in ten “silents” do.

The survey also found that millennials are the most focused group of all on increasing emergency savings, with 61% saying it is a priority over paying debt.

McBride says this trend among millennials comes from the Great Recession hitting during “their financially formative years.” However, there is more to the picture. He says as a group they are less focused on ownership of things, which keeps costs down, and they tend to be focused on more economical spending.