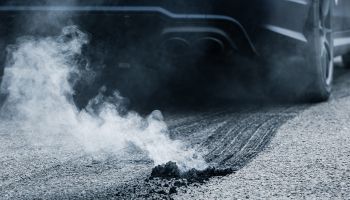 Feel like your bank's been spinning its innovation wheels? Recent research suggests some solutions to lack of traction.

Merely being cool isn’t enough anymore on the leading edge of financial services, and this is driving some hard thinking among banks about what the future will really look like.

Up until recently, says Capgemini Financial Services’ Bill Sullivan, speaking about innovation, partnerships, and more, rather than practicing it, was enough to keep a bank near the front of the pack. Then investment in innovation began. Now, the need for innovation to begin producing results has many re-examining their strategies and redeploying their assets.

“The jury is still out in terms of what the right answer is,” says Sullivan, global head of Financial Services Market Intelligence at Capgemini. “There’s been a lot of talk about needing to be customer-first and needing to move away from being product-centered. But for a couple of years it was more of a speech than action.”

Sullivan was a key player in producing the World FinTech Report 2018, a collaboration of his firm, LinkedIn, and Efma. He says some banks “are realizing that some of the investments that they made in innovation that they thought were going to make a big impact in their channels aren’t necessarily having that impact.”

This is why talking about customer centricity is giving way to actually moving towards providing it. “Now the banks are getting back to the customer, asking, ‘What is the customer looking for? What are the customer’s needs?’,” Sullivan explains.

Above all, they are realizing that customers are looking for a seamless experience. A tendency among banks, fintech firms, and “bigtech” companies has been for many players to offer very narrow apps. But Sullivan says what’s being learned is that customers don’t really want coordination of all those small pieces to be the way they run their financial lives. (Bigtech is a term used in the report that encompasses the tech behemoths that some refer to as “GAFA,” for Google, Apple, Facebook, and Amazon.)

Instead of a bundle of apps, what Sullivan believes customers want is a simple way to handle the many financial touchpoints in their lives that presently make things complicated.

“As opposed to trying to create a place where you have all these cool things that you do with your bank, and then having to go and use each of them,” says Sullivan, “customers are looking for a provider who can create a single ecosystem serving all of our financial services needs.”

The question is, who will run the ecosystem?

Many pieces are in this puzzle, but a key one is what types of companies have already become embedded in consumers’ lives. Bankers are consumers themselves, and should ask themselves which companies touch their own lives the most every day as consumers. If someone constantly consults Google for everything from comparison shopping to directions, if one relies on Amazon for everything from detergent to entertainment, how many balance inquiries with one’s bank would it take to equal such a level of “embeddedness”?

“When you start adding in bigtechs and fintechs, if you can find the right mechanism for those industries to be working together with banks, then the banks can start delivering a lot more value and much more of what customers are looking for,” says Sullivan. “But it’s going to require the banks to think a little bit outside the box in terms of what those business models will look like—and what the value is that the bank is going to provide.”

Far from the entire banking industry gets this, says Sullivan. Many regional and smaller players remain in the previous chapter. However, he says, larger players are beginning to see the need to shift their approach. Some, like Citi, have announced their intentions to build new nationwide retail financial services franchises. Others have other strategies in development, but Sullivan says the common point is that “over the last six months or so the conversations we’ve been having with many bankers indicates a shift to more urgency for change. And we’re seeing a lot more movement.” Sullivan explains that previously there had been an attitude that “we’ve got to do this, but we’ve got time.” Attitudes have changed.

The impetus for this change, says Sullivan, is found in Europe and the U.K. “They are looking at what is happening there with the challenger banks and some of the fintechs,” Sullivan explains. “This is not so much in terms of gaining scale and being a threat in terms of taking customers from them, but in terms of setting the bar a lot higher in what customers can expect moving forward.”

Familiar barriers exist for banks contemplating that competition—legacy approaches, legacy systems, legacy culture. But Sullivan says the leaders get it.

“I think they know it’s a challenging road ahead,” says Sullivan. “But there’s acknowledgement that they are looking for new ways to bring customers that innovation, that agility, that new mindset.”

Part of what enabled challenger banks and fintechs to encroach on traditional institutions’ territory was the banks’ leaving doors open.

“The reason why some of them have been successful is because there have been gaps left by existing banks in terms of customer needs,” Sullivan explains. “Very few have actually be able to gain scale. Most are struggling to find profitable business models that will give them a value proposition in the long term that can’t be replicated by another fintech or even, more likely, by a bank.”

This is leading to more consideration of where fintech, bigtech, and banking can complement each other.

As that evolution continues, Sullivan suggests, banks will rediscover an advantage they have over other players: trust.

Leveraging their historic trust represents an advantage for banks. At this point in the interview, Banking Exchange asked if this hadn’t been damaged by a litany of issues ranging from the lingering impacts of the financial crisis to ethical issues at some large banks.

Sullivan acknowledges this, but explains that it’s not a simple on or off matter.

“There are different components to trust, and sometimes they all get lumped together,” he says.

He suggests that there are at least three levels of trust.

The first is whether a customer believes the bank acts in the customer’s best interests. “Can I trust that they’re going to treat me well, and do best by me?” says Sullivan.

The second includes elements based on the regulatory and security areas, bringing in such issues, he continues, as “Do I trust that my bank or my fintech has what needs to be in place to treat my data safely, effectively, and responsibly?”

The third element of trust consists of basic reliability. “Where is your level of trust that you want to put your life savings into a fintech versus an incumbent bank?” says Sullivan.

Referring back to the 2017 edition of the study, LinkedIn’s Jennifer Grazel, also participating in the interview, notes that traditional players had a clear advantage over fintech when trust was evaluated.

“I think that trust emanates from the areas of fraud protection, risk management, and the regulatory oversight that banks work under,” says Grazel. These factors—and banks’ traditional broad and deep access to capital—bolster confidence in the industry.

In fact, Grazel, who is digital change agent and global head of marketing, enterprise services, thinks the current environment presents an opportunity to increase trust in banking.

“You trust the people that you deal with individually,” says Grazel. “That’s how a lot of trust was generated. It wasn’t at that big, institutional level. But with the scams and stolen data that have been going on, I think banks have an opportunity to rebuild trust. They must rise to the occasion.”

The rumors of Amazon making a deal with one or more large banks to partner up, initially to offer checking services, broke around the time of the interview with Sullivan and Grazel. Sullivan says it didn’t come as a surprise.

“It’s an acceleration of what we’ve been predicting,” he explains. He says that in spite of Americans’ hope to be on the leading edge, much has already been happening in both Europe and Asia.

He points to Alibaba, the huge Chinese combination of goods, financial services, and more, as an example. “Fintechs don’t have scale, don’t have customers, don’t have trust, and are not embedded in the day-to-day lives of their customers,” says Sullivan. “So they’re never going to truly compete with banks.”

Alibaba transcends fintech, and, in its region, is a bigtech. “Alibaba is embedded with their customers,” says Sullivan. “They’re part of customers’ day-to-day lives. They have trust. And they have massive scale.”

The World FinTech Report discusses the evolution of Alibaba at length. It began as an online commerce company in 1999 to become an organization growing beyond that to add payments, wealth management, business lending, insurance sales, and more.

While Facebook has taken some hard PR and political hits of late, GAFA-league (Google, Apple, Facebook, and Amazon) companies have advantages.

“GAFA and GAFA wannabes have grown exponentially in terms of active users and time spent with users,” the report states. “Built on a digital platform, BigTechs are efficient and have the know-how to reduce operational costs. With a strong focus on research and development these firms have huge volumes of customer data to help them understand and predict behavior as well as cash reserves for new ventures.”

The report adds later that “as traditional financial institutions and fintechs firms alike build out their plans to adapt to customer evolving expectations through innovation and collaborations, leaders are likely to anticipate the role BigTech firms may play in the future and start forging partnerships to get ahead of this forthcoming disruption.”

Sullivan sees a junction coming up between the strategies of this relatively new breed of conglomerate and traditional financial players.

“They have access to large customer bases and they’ve got the ability to deliver personalized customized experiences,” he says. “They’ve got expertise to leverage data. And they’ve been trying to be where there customers are. You’ll start to see more collaborations between big techs and big banks because it’s going to be a lot easier to partner and work with them as opposed to trying to compete with them.”

Grazel adds that banks’ historical regulated structure and the reliability it implies synchs well with the newcomers.

The mandated open banking movement in Europe and the U.K. won’t likely play out in the U.S., but instead may be more market-initiated.

“I think a lot of the leading banks are realizing that leveraging APIs and opening those up in the right places with the right partners will bring an ability to bring in new revenue streams,” says Sullivan. “But more importantly, they will provide more stickiness, and deliver more value to customers. I think we’re still a little ways to go yet, without a regulatory piece driving it. But you are starting to see more market-based activity in the U.S. towards such shifts.”

Sullivan doubts that Google or Amazon would want to become banks—too complicated in regulatory exposure.

So the logical next step, he says, is for banks and bigtech to find mutually beneficial opportunities to collaborate. Those institutions that are behind the curve today may find themselves coming late to the party, he suggests. It’s something like not jumping on a good price on Amazon before an algorithm catches up to it.

“I think the first announcement you have had—or, at least, the rumors—around Amazon won’t be the last,” Sullivan concludes.