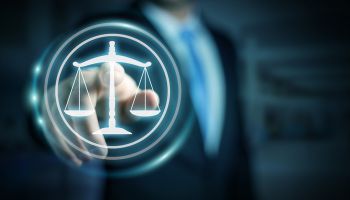 The federal government should strive to find "the right balance" between holding onto post-crisis rules and peeling away regulations, FDIC Vice-Chairman Thomas Hoenig said in a speech.

As he prepares to leave FDIC after six years there, and a long career with the Federal Reserve, in a March 28 speech Hoenig called for “meaningful regulatory relief without undermining the goal of assuring sound banking.”

He divided the vast body of financial regulation into two broad types.

Hoenig has long pushed for strong capital requirements and reiterated many of his stances in the speech. He warned against undermining the strengthened capital requirements put in place post-crisis, along with related measures to contain potentially capital-draining activity.

“A stronger banking industry relying on sufficient private capital to manage through the cycles of the economy will be a freer industry,” argued Hoenig, “where management can structure its balance sheet based on its strategic business model rather than government requirements that predefine capital, liquidity, and resolution needs.”

“This would go a long way to returning market discipline,” said Hoenig.

Hoenig has been a longtime opponent of the “too-big-to-fail” treatment of very large banks. He restated his belief that in spite of attempts to legislate that policy away, it effectively remains in place.

He opened his speech with an anecdote of his own role during the eventual failure of Penn Square National Bank in 1982, which in turn put Continental Illinois National Bank on the brink. Government efforts to bail out the then-number-five bank started the too-big-to-fail doctrine. Later Hoenig gained prominence when he gave a 2009 address entitled, “Too Big Has Failed.”

In his most recent speech, Hoenig warned of unintended consequences:

“I caution strongly against eroding the post-crisis capital standards that have contributed to the strength of U.S. banks and the long-awaited recovery of the U.S. economy. Weakening those standards will undermine the long-term resilience of not only the banking system but the broader economy as well.”

Hoenig opposed those contending that easing up on capital would help fuel economic activity without potential consequences.

“It is not credible to base public policy on the assumption that unrestrained leverage accelerates economic growth without serious consequences for which ownership, not the public, should be accountable,” said Hoenig.

Hoenig also disputed the view that stronger capital levels raise the cost of capital and hold back growth.

“This view is repeated despite the many studies showing the opposite: that stronger bank capital contributes to stronger, more sustainable economic growth through a business cycle,” said Hoenig. For such reasons, he opposes the U.S. regulators joining with other regulators in the Basel Committee’s recent agreement that would remove an estimated $145 billion of capital from the eight largest banking firms.

“This is counterproductive,” said Hoenig.

Hoenig endorsed regulatory relief for community and regional banks, in part because they don’t have the same range of activities as the very large institutions.

“For these banks I have suggested a substantial list of rules that should be reviewed for elimination or simplification,” said Hoenig. “The list includes the Basel capital calculations and compliance, liquidity rules, and Comprehensive Capital Analysis and Review (CCAR). It also includes rules already under legislative review, such as appraisal requirements, examination cycles, and consumer rules regarding the collection of HMDA data.”

Looking at the Volcker Rule

Hoenig said that he alaso recommends simplification of the Volcker Rule for these banks. But he would leave it in place for other institutions.

“It purpose,” he said, “appropriately is to limit the use of deposit insurance to fund speculative trading and related activities, and that should not be compromised for any group of banks.”