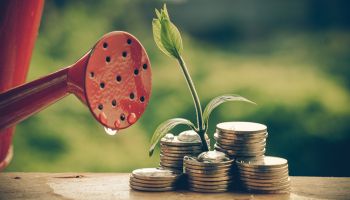 The largest American banks, encouraged by economic momentum and easing regulation, are looking for new ways to use capital and grow loans.

On the heels of federal tax cuts aimed at boosting economic activity, the Atlanta Federal Reserve forecasts second-quarter U.S. gross domestic product will top 4%. That would mark the best quarterly showing since 2014.

Federal lawmakers recently passed legislation that would, among other changes, raise the asset threshold for costly annual regulatory stress testing from $50 billion to $250 billion.

That would not apply directly to the biggest banks that are all well above $1 trillion in assets—JPMorgan Chase & Co., Bank of America Corp., Wells Fargo & Co., Citigroup Inc. But such change signals a broader shift toward relaxed regulatory burdens, observers say, and gives megabanks confidence that regulators will meddle less in new growth efforts.

"There's some certainty that's being created now, and that feeds confidence," Christopher Wolfe, a managing director at Fitch Ratings who analyzes U.S. banks, said in an interview. The big banks' loan growth—a vital driver of bread-and-butter interest income—"could track GDP this year, and that would be relatively strong."

Citi, for one, is developing a national digital platform to attract borrowers and deliver more mobile banking services to retail customers across the U.S. "We're leaning in from an investment point of view," CFO John Gerspach said at a recent conference.

Earlier this year, BofA said it would open more than 500 new financial centers in four years and renovate hundreds of others to expand into new markets, attract new customers and deepen ties to existing ones. The company also continues to invest in its online banking offerings and new technology, including artificial intelligence to speed services for customers.

After reporting first-quarter earnings, Chairman and CEO Brian Moynihan said BofA is ramping up to ensure it can compete with not just its peers but financial technology companies and tech giants such as Amazon, which has started to offer more financial products to its online shoppers.

"No matter who comes in," Moynihan said, "our job is to be more confident and more capable than anybody."

JPMorgan executives hold a similar view. At the company's annual shareholder meeting this month, Chairman and CEO Jamie Dimon trumpeted ongoing investments in both digital banking and physical branches. The company has launched a multi-year process to build up to 400 branches over several years in 15 to 20 new U.S. markets, including Boston, Philadelphia, and Washington, D.C.

Dimon also touted the strength of operating conditions so far in 2018 and confidence in a bright outlook. "We believe that the underlying growth of the U.S. and global economy will continue to drive the future growth of our company," Dimon said.

Even Wells Fargo, beset by customer-service scandals and unique regulatory pressures that include a cap on its overall asset size, is pushing to grow loans. In an interview with Bloomberg TV, President and CEO Timothy Sloan, noting strength in consumer credit quality, said Wells intends to jumpstart its auto lending this year after pulling back on the segment in 2017.

Jim Paulsen, chief investment strategist at the Leuthold Group, said in an interview the big banks have plenty of reasons to be optimistic. He said the economy is "doing very well on all fronts," with low unemployment and strong corporate earnings.

"There is high confidence among consumers and businesses alike," Paulsen said. While always mindful of potential headwinds or cracks in the economy, he added, "I don't see the elements of recession. Conditions look to be the best they've been throughout the entire economic recovery."

This article originally appeared on S&P Global Market Intelligence’s website on May 25, 2018, under the title, "Big US banks are confident and hungry for growth"