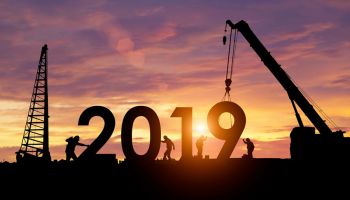 America loves a comeback story. It’s true we like a good knock out, but we also like to see people rise again. Three banks that have been battered in recent years have the opportunity for a comeback as they are still climbing out from some difficult times.

In 2015, Wells Fargo admitted that employees had opened literally millions of false accounts in order to meet sales goals. If ever there was a case study for how not to put in place incentive plans, Wells Fargo was it. However, they have worked to make amends. Just before the New Year, Wells Fargo agreed to pay an additional $575 million in a settlement with states that were effected by the scandal. It also admitted to selling customers unneeded auto insurance among other products. CEO Tim Sloan stated, "This agreement underscores our serious commitment to making things right in regard to past issues as we work to build a better bank.”  The agreement, however, is another step in the long road to getting the balance sheet right.

Deutsche Bank, in a similar fashion, has gone three years without profit and massive paybacks after the German bank’s scandals.   Their chairman, however, is optimistic that it will turn a profit this coming year. In a recent interview with a German newspaper, Paul Achteitner stated that Deutsche Bank has a “strong capital base compared to our competitors.” He also denied that it would be seeking to be acquired by other banks.

Both banks can share some optimism with Bank of America, that things could look up for these large banks and their stock. Here are a few reasons that some analysts have stated that Bank of America might have a decent first quarter of 2019: